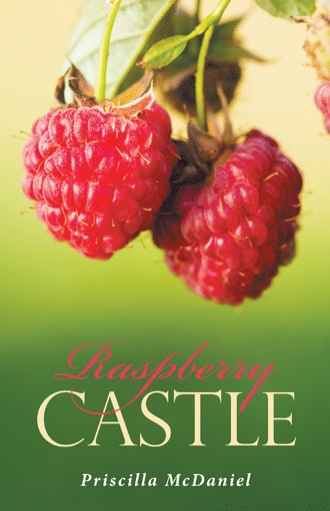 It had been nine weeks since Heather started taking care of Randolph, and it seemed to her that he was enjoying his slow recovery. They had endured numerous snow storms, and while not being able to go outside, she had told him every day for the past week that he needed to get up and walk around the cabin for a little exercise. “It’s time, Mr. Shelley that you see to moving about a bit. If you remain in bed much longer without doing so, you’ll find it difficult to walk. Your leg is almost healed, and you need to do more than take care of your private business. Furthermore, I would like to know when I can get a little help. As you know because of the weather it will be weeks before we can go into town. I no sooner plow half the road than it is quickly covered again with more snow and ice. I truly expect another blizzard to hit soon.”

“I just don’t feel well enough yet,” he complained whenever she brought up the subject. “It hurts to walk, and I don’t think this arm is healed yet. If you’ll just give me a little more time, I’m certain that I will be able to manage, and maybe even help you with some things.”

“It hurts because you do not move enough. Your wounds are almost healed and in a few days I will remove the stiches, then next week I will take the cast off your arm. You cannot remain in here forever, and I don’t plan to wait on you every day until we can leave.”

One evening after having this routine conversation with him, Heather mentioned the matter to Gracie, “It would certainly be nice if our patient heeded my words about exercise. There are things to be done here and I could use his help. He is quite fit now you know, but I think he likes being waited on because that’s what he is used to. He’s spoiled and arrogant, and I’m tired of chopping the wood, and tending to chores that Papa used to do.

For the second time in the past few days, Randolph had thanked Heather for bringing him his meal. Nonetheless, she told him that if he did not get up he would not receive any more in bed. “If he thinks I will continue to wait on him, Gracie, he’ll find out soon enough that he is wrong. I have told him several times that when he needs to change from Papa’s bathrobe, he is welcome to wear any of Papa’s clothes he chooses. He just answers that when he feels fit to get up, he will be sure to try them on.”

It was not long after the latest discussion about exercise that Randolph thanked her for his supper again. “The evening meal of pork and biscuits was very good. I should like to have more of that and a little apple pie as well.”

“You seem to think this is a restaurant, Mr. Shelley, well it isn’t. As for pie, I used the last of the canned apples yesterday, so there will be no more of that.” She smiled sweetly. “I came in because I was tired of talking to Gracie. I wanted to see if you would tell me a little about your family.”

“There’s not much to tell. Let’s just say that my father and I don’t get along well outside of work, which he does little of anymore except supply the money for our movie studio. He’s seventy-two and was in poor health when last I saw him.”

“You sound bitter, Mr. Shelley. I’m sorry for you.”

“My father is a cold, arrogant man, and there is not much love lost between us. He is conceited and unfeeling, and I fear I have allowed that attitude to rub off on me.” Randolph looked out into the room, avoiding eye contact with Heather. “He’s never had time for me. The only thing he cares about is money and he has plenty of that, last I heard.”

“Do you have sisters and brothers?”

“I have none. My mother died giving birth to me, and I don’t think my father ever forgave me for causing her death.”

Heather could see that it hurt him to talk about this, as she felt his forehead. “I think your temperature is almost normal now. I’m glad to see it. Now I insist that you start moving around, just a little bit each day.”

“Of course, Gracie let’s leave Mr. Shelley to his thoughts.” She shut the bedroom door when she left and said, “The poor man. I see now why he’s so miserable. He actually showed a bit of emotion while talking about his father. He must have had an unhappy childhood. I can’t imagine not having a loving father.”

Three days passed, and except for getting up to take care of his personal business each morning, Randolph continued to prefer his bed. Amid thoughts of his circumstances, Heather came in. “I have your breakfast tray of oatmeal and fresh bread. How are you feeling this morning?”

“Aside from this headache, I’m clearly sick of gruel for breakfast. Perhaps I could have some bacon and eggs with fried potatoes? And I might add that this room has no style. The only thing that is nice in it is that gold-trimmed box across from me on the bureau.”

“Well I am sorry that you don’t like this room or the food, but when you decide that you’re well enough to get out of bed to eat, I might find it in me to cook a breakfast you’d like. Also, when you choose to get up you won’t have to endure this plain room.” She set the tray down softly on his night table and spoke kindly. “I’ll come back for this later."

“Is there any coffee?”

A backwoods beauty, generous and forbearing, saves the life of an arrogant, Hollywood movie director, who she soon leaves to fend for himself.

For the first time in her life twenty-year-old Heather Quincy is alone in her Northern California wilderness cabin when a severely injured man, Randolph Shelley, ends up on her door step. He is rude and ungrateful after she saves his life, yet she patiently endures taking care of him. As he refuses to get out of bed, though he is well enough, she abandons him. In her quest to establish a different life with new friends, and the hope of forgetting the man she left behind, Heather and her companions drive the coast road from the cold, Northern California town of Placerville to the warm, sunny beaches of Southern California looking for a new home.

Randolph follows further behind as he awakens to a completely new existence—a spiritual journey—seeking to change his rude ways.

As their lives begin to intertwine, they soon realize they cannot stop thinking of each other. Does she want to see him again? How can she love him? Does his pride disappear when he finds his family fortune gone? Having learned the truth about the mother she never knew, Heather must come to terms with her feelings, as well as Randolph’s.

Raspberry Castle will transport you to a place where life is fun, romantic, and noble. Slip away, relax, and escape from a fast-paced, upside down world, full of chaos and destruction—step into and enjoy, Heather Quincy’s domain—California 1932.

Priscilla McDaniel, a former marketing director, has experience as a radio talk-show host and an associate television producer. Other past endeavors as a marketing executive include facilitating money-management seminars and running California Business Week, a program which gives students a view of the free enterprise system. Before becoming an accomplished author she established a writers group for Barns & Noble Book Store in Citrus Heights, California and has been part of various other writers groups, including Inspire Christian Writers.

The daughter of an Air Force Officer, Priscilla has lived throughout the United States and in Tokyo, Japan. She likes playing bridge and leads two bridge groups. She sidelines a private, decorating-consulting business using http://flairwithwords.blogspot.com/ to share her ideas. Along with her passion for writing historical fiction, she is an avid student of the Bible and enjoys studying the Bible with friends. She and her husband of thirty-seven years live in Rancho Cordova, California, where they attend Sun River Church. They have a married daughter in Minnesota with two grandchildren, and a son in Alaska. Other Books by Priscilla McDaniel: Crystal Pines, Morningside, Gifts for the Road.