My Walk with Hue

A Story of Tragedy, Love, and Triumph 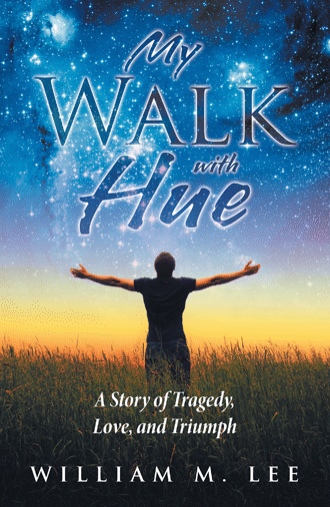 As the rumors took flight, the chaos around me continued. My confusion seemed to have gotten worse. My perspective of the accident had a suddenly change, when I found that my view of the chaotic scene was from above. I was watching everyone work on this injured man who was screaming in pain as the emergency techs organized ambulances and performed medical survival procedures. I could hear and see everything but with no real clarity. It was as if the pain became too much for my soul to bear; it separated from my body. I never felt dead but this perspective removed me from the panic and offered security as if it was a horror film playing out on a movie screen.

With a strange sense of awareness changing, I seemed to have been removed from reality. Was this my new reality? Where did my life go and would I see my family again? Or was this the beginning of my after life? This new reality seemed to be some sort of energy that filled me with a calmness and security. The horizon had no distance. I couldn't tell if it was in arms reach or a hundred miles away. There were no feelings, regrets, or emotions what so ever, almost like I was part of this continuous energy with no differentiating factors that were part of everyday life. Nothing had its own distinction of matter or emotion just a spectacular hue of every color imaginable blending and yet it flowed almost as perfect as a piece of precise art work. Where ever I had been taken, it was surreal. This hue surrounded me and consumed every inch around me. My new universe was this energy of light that flowed within itself.

The frantic scene included an EMT yelling down the driveway "Get air evac, now!"

A minute later, they responded, "Not available!”

He told them, "We have to get advance life support to the scene." Looking down to me, "Bill, we have to wait for another ambulance to get here with advanced life support, you have to stay awake for me."

Tracy moved her head to listen to the EMT and then looked over to another first responder with a quizzical look, "He is going to survive?" At this point the tears restarted and began to flow uncontrollably.

I can see him talking and it looks like I'm responding in some obligatory fashion, but I wasn't there. I was fading away to somewhere else like I was having an intense day dream as I fell asleep.

I felt an incredibly calming presence as I found myself in a beautiful but strange place. There was no pain, noise or frantic movements. I was pretty sure that I was still in the present moment but I wasn't aware of time or the chaotic situation that I left behind. I really couldn't even say I was aware of anything at all. The moments before seemed to vanish from my reality, but where was I and why was I there. Had I died? Whether it was seconds or minutes later, I wasn't sure, but I was surrounded by a profound glowing light. A light that was full of energy and in constant motion flowing like a river full of spectacular colors.

This is an inspirational story based on real-life events that leads to a discovery of Bill’s own humanity. After a tragic event, Bill is guided through his past to reveal four pillars of spirituality. The discovery reveals a path of life filled with opportunities. The struggle for bigger dreams in life competes with a darkness of complacency. The four pillars form one final lesson as darkness sets in again, revealing the foundation of life. Upon reflection of his journey, the path revealed God’s guiding hand. Intertwined with a miracle or two along the way, the disciplines became the foundation for his future success.

Bill Lee still works for the same company, selling commercial insurance. He is also an artist and author. His pride and joy is his wife, Tracy; daughters, Ashley and Mackenzie; and son, Jacob. Bill and Tracy reside in Michigan and love to spend time on Lake Charlevoix.