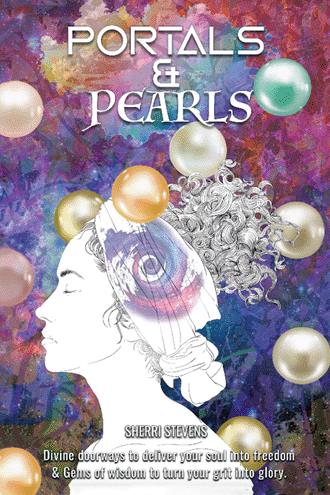 Our spiritual ages have stages.

Having been brought up near the beach where I spent much of my time surfing, I learned very quickly that getting caught inside of where the waves were breaking was not the place you wanted to be. According to surf lingo, getting “caught inside” refers to when a surfer gets caught on the shore side of a breaking wave making it difficult to get out and results in getting tossed around and having to do a lot of paddling.

Like an exhausted surfer, many of us find ourselves in the spiritual whitewash going through what feels like an endless cycle of life’s washing machine. But we don’t have to stay there. In the words of one of the greatest professional surfers, Kelly Slater, “Your surfing can get better on every turn, on every wave you catch. Learn to read the ocean better. A big part of my success has been wave knowledge.”

So, are you a learner or an earner?

The Greek word for “disciple” is mathetes, which means “a learner” or “a pupil.” This is one of the differences between religion and a relationship with God. Religion is based on earning, whereas a relationship with God is based on learning. When we are attempting to earn a right standing with God based on our own self-effort, we end up getting “caught inside” paddling desperately around in the spiritual whitewash. But when we paddle outside the tumultuous whitewash of religious activity, we learn to float and flow with the current of God’s grace and we gain “wave knowledge.”

“His divine power has given us everything we need for a godly life through our knowledge of him who called us by his own glory and goodness. Through these he has given us his very great and precious promises, so that through them you may participate in the divine nature, having escaped the corruption in the world caused by evil desires” (2 Pet. 1:3–4).

Although our salvation in Christ occurs at a specific point in time, the walking (or paddling) out of our salvation is a progressive pilgrimage. It is a journey where we grow from newborn babes into mature sons and daughters of God, our Father. “Like newborn babies, crave pure spiritual milk, so that by it you may grow up in your salvation” (1 Pet. 2:2). Read also 1 Corinthians 13:11 and Hebrews 5:12–14.

The Greek word teleios means “completeness, of full age, maturity, or perfection.” This is another difference between religion and a relationship with God: our growth is organic. The church is not an organization but an organism. The church is described in the Bible as the body of Christ, where we are transformed into His image from glory to glory and from strength to strength.

“Now the Lord is Spirit; and where the Spirit of the Lord is, there is liberty. And we, who with unveiled face beholding as in a mirror the glory of the Lord, are being transformed into the same image from glory to glory” (2 Cor. 3:17). Read also Psalm 84:5–7.

Our progressive pilgrimage is a process of learning—learning how to walk by faith, learning our new identity in Christ, learning to depend on Him as our Source for life so that we can be rooted and grounded in Him, and learning all about who Christ is.

“So then, just as you received Christ Jesus as Lord, continue to live your lives in him, rooted and built up in him, strengthened in the faith as you were taught, and overflowing with thankfulness” (Col. 2:6–7).

In this vision, Ezekiel marks off the progressive stages of how he started in shallow water and was led into deeper water until it was deep enough for him to swim in. Like Ezekiel, God is leading us into a deeper relationship with Him so that we can experience the depths of His grace through our knowledge of Him. “But grow in the grace and knowledge of our Lord and Savior Jesus Christ” (2 Pet. 3:18).

So paddle out beyond the whitewash into the current of God’s green grace and ride each wave from glory to glory!

What if what you know about God just ain't so? Portals can be rather inconspicuous and elusive, but when we find one of these obscure openings, we discover that it can be a divine door that ushers us out of darkness and despair into a whole new dimension of freedom. Unfortunately, because of negative encounters we may have had with churchy people or the guilt and condemnation we may have suffered under religious teaching, we end up being driven away, and rightly so, from any further involvement with religion. A portal (for the purpose of this book) symbolizes a gateway of knowledge and understanding into God’s grace and truth intended to bring to light the gospel of Jesus Christ to lead us out from behind the iron bars of false beliefs that may be enslaving us. This book was written to display God’s prismatic promises and the biblical wisdom God has provided for us as answers and antidotes to the various problems we may encounter in life.

Moxie. Merriam-Webster uses synonyms like courageous, guts, and prowess to describe moxie. This single word personifies the spirit of the author. She is a fighter for the weak and disadvantaged. She is a passionate believer in her faith. Her friends and fellow observers have responded affectionately to her fearless and spunky nature with such nicknames as Sheriff Sherri and Baby Pit Bull.

So how does Sherri enjoy putting her moxie into motion? She is an adventurous world traveler, a strategic entrepreneur, a fierce fitness enthusiast, and a passionate poet. She has also authored Deep Calling Deep and Where Is God on My Bad Days? But don’t be fooled—Ms. Moxie balances her apparent bravado with a very playful and gentle soft side. She has no problem breaking into spontaneous dance upon hearing one of her favorite tunes or compassionately embracing the tender hearts of those she loves.