When life isn’t all you hoped it would be. God is. 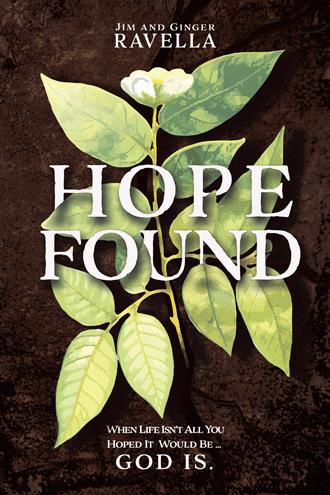 The weeks that passed following Troy’s service were a blur. I felt a dread and heaviness as Christmas approached. Holidays always seem to highlight your feelings; I found there was no holly or jolly to be found, only an empty chair at the Christmas dinner table, an empty stocking hanging on the mantle, and an unopened gift—a sweatshirt I had bought for Troy in California the last day I spoke to him. Somewhere in the crevices of my mind, it still seemed like he was just deployed and come January would be home.

Months passed. The numbness of the initial shock wore off, and then reality set in. The hurting was not going away. In fact, it was getting monumentally worse. I found it true for me, and common for others I counsel now, that some of the most profound depths of misery are reached at about three to six months after a catastrophic event. This is the time everyone else goes back to their normal lives, and the realization that your life will never be the same again squarely hits you between the eyes. Often, my thoughts were rampant with hopelessness. I wondered if my cries to heaven were just falling on deaf ears.

After Troy’s death and before I married Jim, the kids and I moved into a rental house. I had the biggest master bedroom and closet I’d ever had. The bedroom shared a wall with the guest room, which was often occupied by one of the many people who stayed to help us during this time.

Since I had insomnia for months on end, I would be up many nights crying, listening to music, talking on the phone, or talking to God. I am certain this was annoying to the person trying to sleep on the other side of our shared wall. Even in the daytime, there was always commotion from the children and seldom any quiet in the house. There was no place for me to go and be alone in my pain.

I did one of two things. My first choice was to get in my car and drive to an empty parking lot to weep. I imagined just driving forever, hoping I could leave all the heartache and burdens behind. If leaving the house wasn’t an option, I often disappeared into my bedroom closet, shut the door, and lay on the floor. Those who know me well will attest to my tendency to be a little messy, so imagine clothes or shoes being shoved into every corner and me having to dig my way in for a spot. It was in that closet I could pour my heart out to Jesus. I remember when the times of grief were so engulfing and overwhelming that I would lie on the floor and wish I could sink into the floor, clawing my way a little deeper. The thought of being below ground level oddly seemed comforting and befitting of how I was feeling. It was an unusual thought, one I had never experienced. Often, I cried so hard that I would hyperventilate. I battled with constant nausea. Occasionally, I would lose feeling in my hands and face. Sometimes my vision would go blurry. At first, I thought it happened because of all the tears running into my eye makeup, but then I noticed it happened when I wasn’t wearing any. Like a broken water faucet, my tears didn’t shut off for months. I remember thinking one day about five months after Troy’s death that I had finally gone through one whole day without crying. That was a first. It unnerved me a little because I’d become so used to the tears. Our hearts are sick and weary and our eyes grow dim with tears. (Lamentations 5:17 NLT) I let my children see me cry. While I didn’t want to scare them, I also did not want to hide healthy grief reactions from them. Boston fought the tears for a long time, even into his high school years. I almost rejoiced on the rare occasions he would cry because I knew it was something he needed to do. I think he felt weak, maybe that if he cried he wasn’t being the man of the house he had promised his dad he would be. In any event, I knew I felt better after crying, and I hoped for the same relief for my son, for all my children. Bella would often ask me, “Mommy, why are you crying?” My response was always the same—“I miss Daddy.” Part of me hopes my children remember their mother crying from a broken heart over losing their father. I hope they correlate the amount of tears to how much I love and miss him. You keep track of all my sorrows. You have collected all my tears in Your bottle. You have recorded each one in your book. (Psalm 56:8 NLT)

I like to think that Jesus will show me the bottle of my tears someday. I think His hands will lovingly open a beautiful journal with all the dates and times of—and reasons behind—each tear I wept. He’s a good God who takes our grief and makes it both valid and valuable. I believe that Jesus, in His tender mercies, wept with me at times. I don’t think He would have told us to mourn with those who mourn if He wasn’t going to do it Himself.

“Ginger Gilbert Ravella and Jim Ravella have served and sacrificed much for our country. Jim and Ginger’s story of loss and tragedy turned to light and triumph, and the coming together of these two military families, inspires me. I do not take my freedom for granted nor the families like the Gilbert Ravella’s who sacrifice for it. This family has taken their loss and turned it to the greater good. An uplifting story of love and faith.” -Gary Sinise, Actor, Director, Musician, Veterans Advocate and Founder, Gary Sinise Foundation “In Hope Found, Ginger and Jim share their deeply personal experiences with love, loss and faith. Through journal entries and bible verses, you will come away knowing the depth of their pain and love for each other and the spouses they lost, as well as understand how faith helped them navigate a future they never anticipated.” -Taya Kyle, Mother and New York Times Bestselling Author of American Wife “Ginger, Jim and their children epitomize American heroes to me. Family and faith are woven throughout this book. The common bond of music, Troy’s old truck and love for our country have forever connected me to them.” -Lee Brice, Award Winning Country Music Recording Artist, Songwriter, Musician

Both Colonel (USAF Ret) Jim Ravella and Ginger Gilbert faced the unthinkable - loss of spouses at very young ages. Together they were left to raise seven children. Their shared heartbreak led to a new family and a new mission. Hope Found is an inspirational memoir about life and death - and life after death. But always, it’s about God’s unfailing love for each of us. They reside in Franklin, TN with their children.