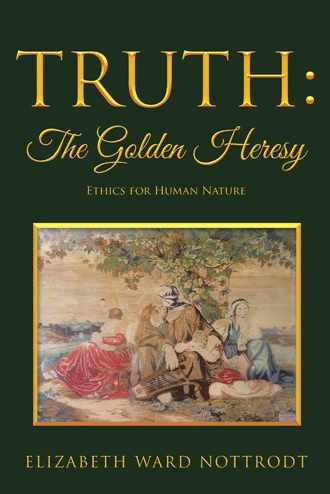 Let us rejoice in the truth wherever we find its lamp burning.
Albert Schweitzer

When we were growing up, my brother, sister, and I, we were never allowed to use the word “liar”. It was a word worse than a swear word because it was a serious insult. No one wants to be thought of as a liar, and to be called one is a fighting matter. As adults we reserved this word only for a serious indictment of a person’s character. No one wants a friend, a spouse, or a public official who cannot be trusted to tell the truth. To be called a liar is an indictment of one’s moral worth.

Fr. Higgins sees “a moral splendor in veracity; it sets a truthful person apart as one who can be trusted”, and he condemns lying as wrong by its nature always and everywhere without exception. He recognizes it as the most common of all human failings. It is wrong because it is destructive of trust and not consistent with the peaceful functioning of society. It is a perversion of the faculty of speech, which is meant to convey thought and ideas. Shame is always associated with being caught in a lie.

People lie for fear of punishment, for pride, to brag, to deceive, out of anger, envy, lust or even if the unadorned truth is thought to be uninteresting. One lie begets another, as others are required to cover up the first. Sir Walter Scott agreed: "Oh, what a tangled web we weave when first we practice to deceive.”

Words can convey two meanings, one intended by the speaker, and the other understood by the hearer. This is ambiguous speech as the speaker intends the hearer to misunderstand, i.e., abortion is called choice to make it more palatable; permissiveness is called kindness or charity, lust is called love, etc.

Truth is a rare commodity in public life. The meaning of words is changed to smooth over inconvenient facts, to lure the hearer into agreement with what is essentially not agreeable. Truth gets in the way of political ambition; falsehood seems to be the default setting in human affairs. James Russell Lowell in his poem "The Present Crisis" referred to “truth forever on the scaffold, wrong forever on the throne”.

To get at the truth requires work, and telling the truth in spite of the consequences requires character.

But discretion is the better part of valor and truth is something separate from indiscrete frankness. People who always say what they think are, according to Fr. Higgins, semi-idiots and troublemakers. King Solomon observed that there is a time to keep silence and a time to speak.

Modern day thinker and prolific writer Thomas Sowell said that the only way to tell the complete truth is anonymously or posthumously.

Mental reservation may be used if some legitimate secret is at stake, but this applies only to a reasonable fear that serious consequences would ensue if the truth were known. Intent to deceive is allowed only with gravely sufficient reason. When we are faced with a choice between two evils, we are obliged to choose the lesser of the two.

Mental reservations are a no-no for parties to a serious contract, for persons questioned by a judge or someone in authority, and between parent and child. (Fr. Higgins does not even approve of the Santa Claus tale.)

A defendant may use a mental reservation to avoid convicting himself`, a la the Fifth Amendment, but he may not lie by saying that he can't recall if that is not the truth.

Truth is not always immediately obvious and often requires thinking on several deeper levels. It is not always superficial. This is where education comes in with attention to those who had the leisure and the interest to delve into the questions of human existence. Fr. Higgins relied heavily on Aristotle, St. Augustine, and Thomas Aquinas, whose major work the Summa Theologica is one of the most influential books in Western literature.

Literature is replete with references to veracity, from Plato (“Speech contrary to the mind is evil.”) to Ian Fleming (“Looking into the heart of a pure blue-white diamond is like looking at truth and beauty.” - opening sentence of Diamonds are Forever.)

The Johns Hopkins University motto, Veritas vos Liberabit (The truth shall make you free), is from the Gospel of John. In vino veritas, in wine there is truth, is also a bit of truth.

Truth is timeless; it is a fixed star according to the Irish ballad Eileen Aroon:

Castles are lost in war
Chieftains are scattered far
Truth is a fixed star, Eileen Aroon

Pure truth is a thing of great value. It is central to character which is central to happiness. It can be ignored, it can be tiptoed around, but it should never be denied.

The author quotes freely from her college ethics text, a solid-gold reference for the suitability of human acts to human nature. Truth: The Golden Heresy was written in response to the alarming decline in moral standards, and with the thought that not everyone has learned these things from their families, schools, and religious institutions as they did in times past. Some subjects are listed below:

In the second work, Writing Class, the author includes some personal stories written for this class, a weekly gathering of writers that gave her the final impetus, skill, and pressure to put long-held ideas down on paper.

Elizabeth Ward Nottrodt is an independent thinker, prolific writer of letters-to-the-editor, and long-time defender of conservative causes. She graduated from Mt. St. Agnes College in Baltimore, MD with a degree in Medical Technology and worked in clinical and research laboratories, including Johns Hopkins, the University of Lausanne, Switzerland, and a stint in public health at the World Health Organization in Geneva,Switzerland.

After her marriage she turned her attention to nursery schools where she taught science in kindergarten for more than 40 years.

Besides shell collecting, geology, and government ethics, her interests include Irish music. She played the concertina in an Irish band for five years and traveled to Ireland to study the instrument.

She and her husband live in Baltimore.

A person of deep convictions, much of her spare time is devoted to the support of conservative causes.