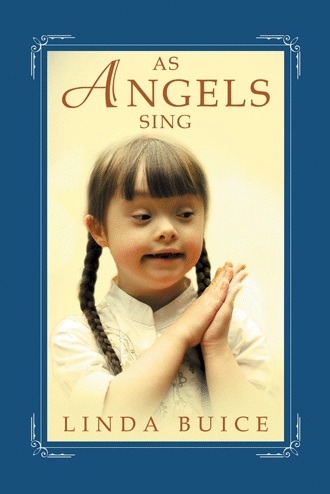 Molly picked Tina up at 10:00 a.m. on Christmas Eve to practice. The children were going to act out the Christmas story. Tina would be dressed as an angel and sing “Silent Night.” The service would end with candlelight while Tina sang. Molly stood in awe listening to Tina’s solo. The other children cheered her on when she finished.

Molly reflected back to her initial worry and looked up to the cross, saying, “Amen! Boys and girls, I am so proud of you. Remember to be here at five thirty to prepare.”

The service began promptly at 6:00 p.m. The sanctuary was completely full. Betty and Robin sat in the front row with Kristen. Chris gave a short sermon on the most generous and greatest gift we receive at Christmas—Jesus Christ. Cloe and Robbie played Mary and Joseph. Marilyn narrated as the children acted out the nativity story. Tina looked beautiful in the angel outfit surrounded by a few small shepherds and other angels. At the last minute, several families stepped up to participate in the truest spirit of Christmas, choosing to forget their own problems and focus on worship of Jesus.

Molly dimmed the lights and turned on the projector, and Tina’s drawing of angels was projected on the screen behind Tina for her solo. Strands of lights twinkled around the manger scene with Mary and Joseph. The sky backdrop on the manger also twinkled with lights. Each person in the sanctuary held a lit candle, and Tina sang, “Silent Night.” The simplicity of the program revealed the truest of Christmas messages.

Kristen and Chris watched the sanctuary empty. God had provided, and the community celebrated the birth of Christ forgetting their own problems.

“What a lovely service!” Kristen said. “Betty acted like such a doting grandmother. That family has been through so much.”

Chris agreed and added, “Nate would be pleased, and I hope he is watching from heaven. Let me lock the front doors and check the others. I’ll be home soon.” Kristen kissed him on the cheek and went to the narthex, where Chloe and Robbie waited with Molly.

A young man stepped out of the dark corner. Chris recognized him from the hospital.

Chris asked, “Didn’t I see you at the hospital?”

“I was in the waiting room of the ICU. That was a powerful service. I haven’t been to church in over ten years.”

“I watched a video online of a little girl singing. I also saw someone in the video that I think is my ex-wife, Robin Anderson. I’m Jeff Anderson.”

“Did Robin invite you?” he asked.

“I’m not sure, but Tina might be my daughter.”

“Why come back now?”

“Is Tina my daughter?” he asked.

“You’ll have to talk to Robin.”

Jeff paused, and his facial expression suggested shock. “I thought if I left and she was alone, she might get the abortion.” He kept rubbing the back of his neck and clearly was conflicted. Then he asked, “Do you really think Christmas is a time for miracles?”

Chris looked at the sanctuary cross, and he locked the door. “I certainly do, Jeff. Would you like to talk?”

Jeff nodded, and they walked down the hall to Chris’s office.

A death bed promise to her father and a job loss force Robin Anderson to move back to her hometown to live with her estranged mother, Betty. Ten years ago, Robin’s husband, Jeff and her mother refused to support Robin’s decision not to her abort her unborn daughter who had Down syndrome. They abandoned her. With emotional support from others and a strong Christian faith, she lived a contented life as a single mom until faced with the inability to support her child. Now her faith will be tested again. Old wounds will be reopened.

Still grieving, Betty finds it hard to accept her granddaughter, which makes life unbearable for Robin. A tragic accident forces Betty to examine her hardened heart and lost faith. Will secrets revealed open her heart?

Chris is the pastor of a struggling Presbyterian church. Recent job losses in the community have impacted morale, and his congregation has lost hope until a new family moves to town. One special little girl’s faith and unconditional love will warm the hearts of all she touches. Her special gift can only be part of a heavenly plan. Christmas miracles abound, and the community will never be the same.

Linda is a retired teacher with years of classroom experience inspiring students to write from the heart. As Angels Sing is her first break out novel and is dedicated to her sister who had Down syndrome. The main character exhibits her sister’s same loving spirit. Linda supports pro-life, adoption and Christian agencies.