More Confessions of the Slow Learner 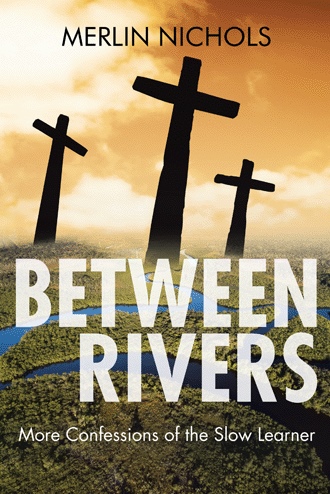 Once upon a time—no, it was more than once. Many times our Father looked down (Psalm 33:13) on the children He had created with infinite agape and marveled at how their independent spirits had corrupted them beyond imagination and impelled them into abysmal degradation and misery. They had perverted the spirit of agape with which He had endowed them in earth’s pristine morning, iniquitously twisting it in upon themselves until they were motivated by only their own depraved instincts. Not an animal, not a bird, not an insect—only a being capable of animated, intelligent conversation with the infinite mind of the Father—could have had the capacity to fall as low as His own children had fallen. So corrupt had they become that their greatest satisfaction was in madness, mayhem, mutilation, and massacre. So low had they fallen that they believed they were above all and answerable to no one.

Then the infinite Creator, looking over the balcony of heaven and down upon His estranged creation, knew that the time had come to intervene in a way that He had never intervened before when, with fire, storm, or drought, He had captured the attentions of a few for a while. This time it would be different. He would get their attention this time! He would go to His own, His own children whom He had crafted and shaped with infinite agape so long ago when the world knew only peace and joy. Beyond human reason, beyond human expectation, beyond human interest or desire, He would become one of them. He would live among them, work and play with them, celebrate and sing with them, weep with them, and suffer with them. He would wrap them securely in His grace.

But they whom He had created—His own dear, obstinate, rebellious children whom He loved more than He loved His own life—oblivious to the Lamb of God in the middle of the flock, would pull the wool over their own eyes to preserve intact their delusive blindness. And He knew from the foundation of the world that this would be. Conservative as death, these obtuse recalcitrants preferred the familiar certainty and darkness of the grave to the Light of Life. They would see in their Creator only a deluded peasant with blistered feet and calloused hands, wrapped in dusty homespun.

Looking down from glory, He saw all this in present tense. In eternity, He felt the pain He would feel as one of us. But unlike us—mortals who feel only our own pain and fear—He, as infinite Being, felt ultimate pain: the totality of all human pain and the pain of all sentient and insentient creation for all time. In eternity He saw the life He would live as one of His own. He saw the death He would die, despised and rejected by His own, and He accepted it willingly, without complaint and even with delight in obeying His Father (Psalm 40:8).

So, when the time was just right for His grand purpose, He came to His own, who (shame on them), busy with their getting and spending, were not expecting Him just then or just that way, though the prophets had repeatedly warned them. And He surprised and scandalized them as only a babe out of wedlock can surprise and scandalize the straight and the pure-in-their-own-eyes.

When the time was right, He surprised the scribes and priests in the temple and gave them pause to marvel and ponder His profound understanding of scripture, so pure and elevated that it baffled their atrophied minds. He surprised the dear hearts and gentle people of His hometown with His untarnished and holy life; and they, embarrassed and angry, rejected His overtures and—believe it—tried to kill Him (Luke 4:28–29); but the time was not right for Him to die.

When the time was right, He turned water to wine because His mother asked, and because a brutalized people needed a little sweetness in their troubled lives. When the time was right, He handled lepers, renewing their savaged hopes. He infused dead bodies with life and health, commanded the wind, walked on the water, fed hungry thousands, and opened blind eyes and deaf ears. Still they would not see, nor would they hear.

When the time was right, He commanded the merchant-priests of death, and they hurried to obey. Tripping over one another in their haste, they spilled their loot. It tinkled on the paving stones of the temple and was lost under stamping feet, just as the lesson was lost on their shrunken minds.

All times were right to speak of His kingdoms of grace and glory to anyone who would listen. At all times, He prayed for the shrouds to be torn from the minds of His own. But they clung to their darkness like doomed sailors to the mast of their floundering ship.

At all times, He endured the agony of growing rejection that only a parent can experience—and that only dimly—when a loved child rejects the values and love of parents. Why did He stay on this wretched planet? Why did He set His face to endure the separation of the cross? Would it have been so wrong to give in to the urging of His body, to consign the rebels to the results of their own choosing and go back to where He was loved and appreciated? That’s the human way. He could have done it.

But on the other hand, He could not have. He could not have saved Himself and His brothers and sisters too. To go back, His mission unfinished, would have made His agape and grace a lie. He had come to do His Father’s will; He would stay until it was finished.

So, one ordinary afternoon— remembered forever afterward as priest and people hustled to prepare for the Sabbath, the memorial of His original terrestrial masterwork—He looked down again, not from infinite heaven but from a splinter of His spoiled creation; and seeing the results of His labor of agape, He was satisfied. Below Him, tear-streaked agony distorting their faces, a handful of people who, in their misery, still loved, looked up. And from that splinter of spoiled creation, He too looked up and knew at last that He had finished His work. And having finished, He rested (John 19:30).

Between Rivers: More Confessions of the Slow Learner is the author’s second look (the first one being The Long Road to Grace: Confessions of a Slow Learner) at God’s grace as he leads us slow-to-learn folk through the mazes of human experience.

Set in the context of the Lord’s Prayer, the author draws from the varied life experiences of himself and others to show our Father’s grace, his leading, and ultimately our overcoming by his grace.

More than beautiful thoughts, the Lord’s Prayer becomes a powerhouse of meaning, showing us how to relate to people, how to hallow God’s name, how to trust, how to forgive, how to shun temptation, how to receive deliverance, and finally, how to receive our glorious entrance into God’s eternal kingdom.

The author was raised in northern Canada where, after moving deep into the wilderness with his family at age nine, the only available schooling was by correspondence and the only available library was by mail. With his four siblings he practiced the skills of wilderness survival while storing the lore of many books in his mind.

For grade nine he was sent to California to live with relatives (oh the cultural shake-up that caused) followed by three years in boarding school. Having earned a graduate degree from the University of British Columbia, he pursued a career in Community College administration.

Following retirement he was elected to city Council for four terms followed by two terms as Mayor in which he currently serves.

With Mirja, his wife of 54 years, he has traveled four times to Europe, and once each to Turkey and Haiti. Two working experiences in Honduras were done as a helper in leading groups of young people.

As an elder in the local congregation, he continues to serve the church. Wood turning, gardening, and living fill up the remaining hours.