The Physics and Philosophy of the Bible 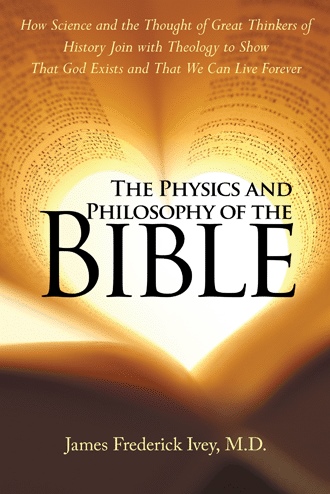 This is book describes how modern physics, i.e. relativity and quantum mechanics, have revolutionized thinking about the likelihood of the existence of God and how the philosophy of Socrates/Plato melds nearly seamlessly with belief in a single deity and even with Judeo- Christianity. Most basically, it is a work of Christian apologetics, which, along the way, espouses theism and the God of the Jews. 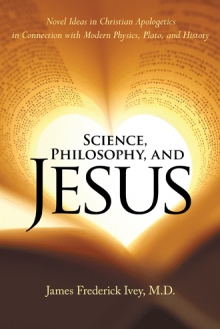 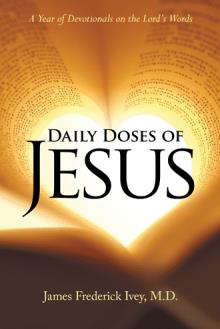 Albert Einstein taught that imagination is more important than knowledge, probably having come to this conclusion through a realization that almost all science represents belief—faith—as opposed to knowledge. It should come as no surprise, then, that science—especially modern physics with its theories of relativity and quantum mechanics—has revolutionized thinking about the likelihood of the existence of God.

In The Physics and Philosophy of the Bible, author and physician James Frederick Ivey explains how science, particularly quantum mechanics and relativity, aided by Plato’s philosophy and the history of Jewish people, can be utilized in order to virtually prove that God exists, that he is unique, and that he is the biblical deity. Ultimately an exploration of Christian philosophy and apologetics—including discussions of Christian history, secular retorts, the intersection of science and faith, and the relationship between physics and ultimate truth—The Physics and Philosophy of the Bible demonstrates that apologists are very close to the non-necessity of having to deal with whether God exists or not.

From Plato’s earliest philosophical insights to the most groundbreaking discoveries in contemporary physics, we can find the fingerprints of God that prove He is with us. And. God seeks us just as we seek him, for he desires cognitive individuals with whom he can enjoy mutual love and intimacy.

James Frederick Ivey is a family physician, and his primary life’s work has been to spend some fifty of his seventy-eight years seeking the truth, synonymous with goodness and, ultimately, with the one true God. He has bachelor’s and doctorate degrees and has assimilated thousands of lectures through The Teaching Company and innumerable articles from Scientific American plus the Bible and much ancient history. Ivey currently lives in Gainesville, Florida.