How to Teach British Literature 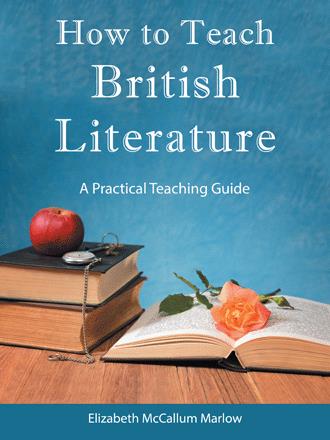 I’ve thought for a long time that teachers need a detailed guide for teaching the discipline of high school literature. During my thirty-five years of teaching literature, many students who come into my classes have told me that they’ve never understood the point of studying literature, and they rarely understood what a piece of literature is about. They appreciate the value of learning mathematics (everyone must balance a checkbook and figure out taxes) or science (we have to understand how the body works or how to cure disease) or history (we need to know something about our past), but they fail to understand why they’re required to read poems, plays, and novels written centuries ago about people and situations that they regard as irrelevant to life today and often written in a language that’s abstruse. Of course, they don’t share these objections in such detail with their English teachers; most of them don’t even know they harbor them, but deep down inside they feel this way when they enter the literature classroom. What a challenge for the English teacher! Fundamentally, teachers want two things: They want students to like them and to like the subject. Forget the first part. Just teach and keep the bar high. Insist that your students perform to the best of their ability. If your standards are high, even exacting, they will respect you and flourish in your classroom. Years later, they will thank you….

…. One has to start somewhere when teaching the literature of any era, and it seems to be a foregone conclusion that to start with Anglo-Saxon literature is to set oneself up for downright failure at eliciting student interest. From a teenager’s point of view, these ancient folks were weird. They believed in something actually called “Wyrd,” and they did bizarre things like Druid worship. Nevertheless, students need to be kept straight chronologically, and British literature begins with these ancient Anglo-Saxons.

I avoid getting bogged down with exhaustive lectures on British history. The editors of many literature textbooks introduce a period with a lengthy recap of every possible aspect of the age. For the purpose of this book, I include brief comments about the history and social customs pertaining to the literature of each period because students need to learn about some aspects of cultural life so that they can more readily enjoy and understand a work. 12th grade students should remember that writers do not write in a vacuum but reflect the conditions and values of a particular age. A caveat is pertinent here: Even seniors will judge a piece of literature according to their own attitudes and customs. To borrow Robert Frost’s comment about free verse, this mindset is like playing tennis with the net down; for example, one cannot fault Polonius for discouraging his daughter from accepting gifts from Hamlet because the Prince of Denmark is superior to Ophelia in social rank, and such a marriage would have been unthinkable in late sixteenth-century Denmark. Students should heed Coleridge’s advice and willingly suspend their disbelief in order to react appropriately to a literary text. How does one teach them to react in this way? By constantly reminding them to put aside their prejudices and ways of thinking about life and to bear in mind the customs and lifestyles of the period in which a piece of literature is written….

Here is a list of teaching techniques I frequently use for 12th grade:

• Brainstorming a topic: I raise an issue and students share their ideas as I write them on the board.

• Study Questions: I distribute several pages of questions on a specific work that students complete and return for grading. (See Hamlet example in handouts.)

• Class presentations: Individual students are assigned a topic, for example a poem, to research and study. They prepare a handout of notes for the rest of the class. I require them to talk over difficulties with me before the presentation is due. I take notes and grade each student on the interest and comprehensiveness of the discussion. They should be prepared to answer other students’ questions on the piece….

I include review questions after discussion of each major literary work or unit—Anglo-Saxon, medieval, and so on—with suggested responses. Some review questions could be included in tests or exams. I allow students to use their notes and books when answering review questions. At the end of each teaching guide, I include a glossary of literary terms, an index, bibliography, handouts used in the classroom, and tests….

…. Because final exams are looming, I review the course reminding students about major themes and concerns of each era. I make one final plea to find time for reading as they move on to college and the rest of their lives. Many of them get the bug and discover that reading is indispensable to their happiness. A few probably shake their heads mentally and vow never again to voluntarily pick up a book they aren’t required to read. I tell the class about a literary trip I once made to England. On arrival in John Bunyan’s home town, I expected to see all Bedford’s inhabitants walking along avidly reading The Pilgrim’s Progress. Imagine my chagrin when upon inquiring into the location of Bunyan’s birthplace, I was asked, “John who?” What can one say to obdurate non-readers? Well, one can always pass along Mark Twain’s comment: “The man who does not read good books has no advantage over the man who can’t read them.”

…. As these bright young people leave my classroom for the last time, I feel quite sad. I also warn them that if I find my letter in the trash, they’ll get an automatic zero for the course. I’m thankful I’ve never had to resort to such draconian tactics. 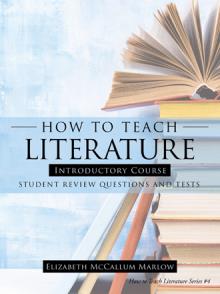 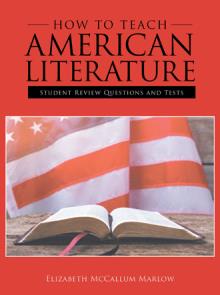 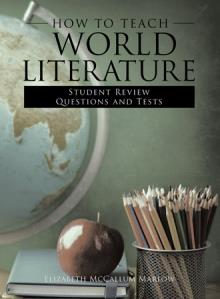 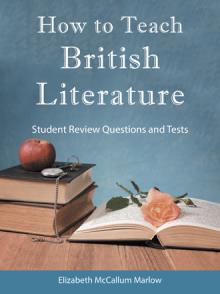 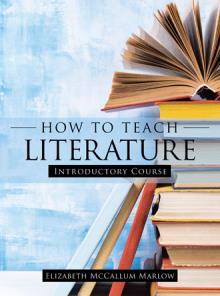 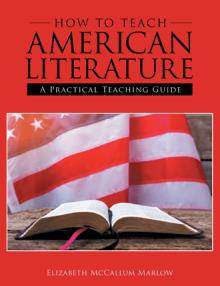 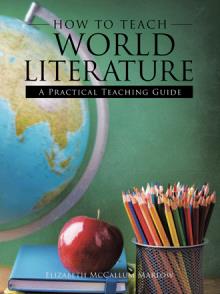 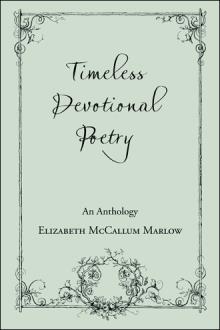 How to Teach British Literature: A Practical Teaching Guide provides English teachers, home school parents, school administrators, or anyone interested in an in-depth study of the subject with a clear, concise discussion of British literature over the last thirteen centuries. The book includes resources such as study questions and tests with suggested answers, essay topics, audio-visual aids and web-based reference material, classroom activities and handouts. Throughout the book, the author suggests methods that encourage student participation and promote enjoyment so that young people learn to appreciate the sheer fun of literary study. This book provides a comprehensive methodology for teaching the subject that a teacher could apply to a year’s lesson plans without further investment in time.

How to Teach British Literature: A Practical Teaching Guide by Elizabeth McCallum Marlow is a thorough, traditional approach to teaching classic British literature.  The author’s emphases on reading and writing will aid teachers, novices, and veterans to build a solid curriculum. This volume includes many supplemental resources and student-centered activities. The guide is a valuable tool for teachers.

Elizabeth McCallum Marlow has developed a quality comprehensive guide for the teaching community based on her thirty-five years of experience and her passion for literature.  Teaching professionals will find her tried and true practices to be invaluable.

Elizabeth McCallum Marlow, MA, taught high school and college English for thirty-five years. Over the years, she developed effective approaches for teaching teenagers to love literature. Elizabeth has written the first in a series of high school textbooks on teaching literature in order to help other teachers benefit from reviewing an experienced teacher’s methodology. She hopes to encourage English teachers to emphasize two basic reasons for teaching literature: It is instructional and delightful. She emphasizes the importance of fostering a classroom environment that encourages student participation and promotes enjoyment. She believes it is mandatory to cover literary works in depth in order that young people can absorb writers’ wisdom; students need to encounter difficult circumstances depicted in fiction so that they can apply sound moral solutions to problems they will face in their own lives. With her daughter Jane Scott, Elizabeth co-authored The Book Tree, a reference guide that helps young people find books that encourage them to cultivate a life-long habit of reading.