A Path to God’s Presence 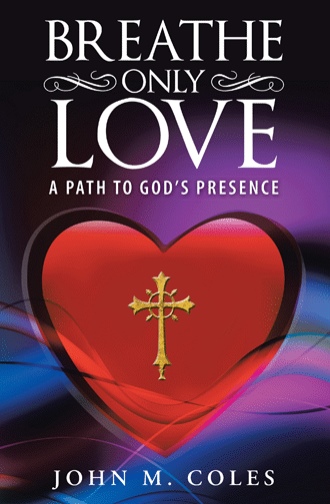 Let’s imagine that I’m walking through a forest, and I come to a small, open meadow. And let’s say there’s a cattle path winding through that meadow. That path of dirt is about two-and-a-half-feet wide. I have no problem walking on that path from the woods, through the meadow, to the other side of the meadow where the trees begin again. I could even run on that path and not get off the path even once. But now let’s say instead of grass on either side of that path, I am on a two-and-a-half-foot-wide path with a two hundred–foot cliff on one side, and a two hundred–foot cliff on the other side. I don’t know about you, but I am going to be crawling on that path. What’s the difference? The only difference between those two paths is that there’s danger on the second path. In the first example, going through the meadow, it’s very simple for me to keep my focus on the path and to keep myself on that path. In the second example, because there’s such danger, I need to look at that danger. At least, that’s the false belief I’m under. What I really need to do is keep my eye on the path. How often are we in situations where there’s danger—like our son putting his finger into a plug—and instead of looking at the solution to the problem, we look at the danger? We look at the boring, instead of the fascinating. When we find an answer, we need to look for another, better one. We need to look at the opportunity to love in the bad situations coming our way.

Let’s look at it through the eyes of the apostles, two thousand years ago. How would you feel if your God died—actually died? That was the experience of Peter, John, and all the apostles. The person who had taught them what love was, taught them the power of choice—if you remain faithful—imagine the darkness of their souls upon His crucifixion. Talk about fear, frustration, and anger. They must have been experiencing that fully—especially the fear in that environment, where choice was something punishable by torture and death.

Three people—Mary of Magdala, Peter, and John—went to the sepulcher where Jesus was buried, and what did they find (John 20:1–10)? They found nothing to be afraid of. What they found was a miracle, a miracle of Christ who’d risen from the dead. Certainly, under the circumstances of witnessing God dying, a person would have little chance believing that love was happening. And yet, when someone looks at Jesus, forgiving all of us for our original sins, there on the cross after all that suffering and on the brink of death—it took all of that evil that was dumped on him, for him to show the power of love to the people of this planet. Wherever there is evil, there is also good. And it’s a question of having a choice of what to look at. I’m not just talking about a silver lining. I’m talking about a choice to perceive that, even in the face of evil, we have the choice to love, and to dwell in love, in the face of all of that. A person just needs to learn the loving skill and choose to practice it regularly. It turns out that such a skill is fairly easy when it is practiced regularly.

And when the resurrected Christ did come, the apostles were fearful in a room, praying. And what was the first thing Christ said to them? “Peace be with you” (John 20:19). How could they just have peace within, unless the ancients understood how to change their fear into peace? Now, certainly, the arrival of Christ would bring a lot of positive feeling, but still, “Peace be with you”?

President Abraham Lincoln (Goodreads.com) is attributed to once saying that people “are about as happy as they make up their minds to be.” But once again, you don’t make up your mind to be happy unless you have the skill, the ancient skill. It takes a power within us that is stronger than the brain in order to change the brain.

Have you found your pathway to being in God’s presence? There are many pathways, but the main idea is for God to find us, not for us to find him. When he comes, as you can imagine, it is a wonderful, wonderful experience. However, so many of us are unknowingly hiding, if not running away, from his presence. Ours is truly a fearsome God when the only focus of our attentions is upon ourselves.

This book is just one of many paths to his presence, and it starts in a place where many of us find ourselves in today’s modern world—stressed out. From his many years of experience as a college psychotherapist, John Coles explores his journey in hopes that it can aid others in their pathways to God’s presence.

He explores the following:

• The simple prayer solution that is shown in scripture and psychology

John Coles received his PhD in counseling from Oregon State University. He then spent twenty-five years as a personal therapist at Truckee Meadows Community College and then seven years as a full-time tenured professor of psychology. His student evaluations describe him as an “inspirational speaker” and as one who teaches his material in a manner that is “practically applicable to everyday living.” John is often sought to speak on Christian peacefulness and spirituality. Although John no longer practices therapy, he is a nationally certified counselor and a certified resiliency trainer.