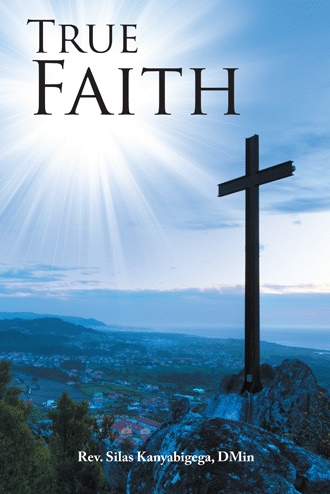 In beliefs of different religions, we can’t find a god who died for people. Only God in whom Christians believe in died for humanity, and He had risen. He is Alive. Only the Faith in God propitiated for sinners is True Faith, other beliefs are false faith.

God required the price to remove his anger against the humankind who offended him. He wanted to see in that price a death, with bloodshed as evidence, demonstrating a sacrifice for the forgiveness of the sinners.

The blood of animals was not needed in the mankind’s salvation process. The blood required by God was to be a mankind’s blood. This blood had to come from the death of a perfect person, perfect as God himself.

The problem was only to be solved by the blood of God himself, because only God is perfect. But God could only die by taking human form, that is why the Second Person of the Trinity, Jesus Christ, descent to earth to die in the place of humankind, through an agonizing death at the cross of Golgotha, and therefore he paid the price required by God. Then, God died as self-substitution for men. He was God-man.

In beliefs of different world religions, we can’t find any other god who died for people. Only God, in whom Christians believe in, died for humankind, and he had risen. He is alive. Only the Faith in God propitiated for sinners is True Faith, and other beliefs are false faith.

Rev. Silas Kanyabigega, D.Min, is the author of True Faith.

He is the founder and the President of Movement for Christ : website: http://www.movementforchrist.com/ or https://kanyabigega.wordpress.com/

He is the founder and the director of Radio Kwizera website: http://www.radiokwizera.org/