The Jesus You Need to Know

A Character Study of the Christ 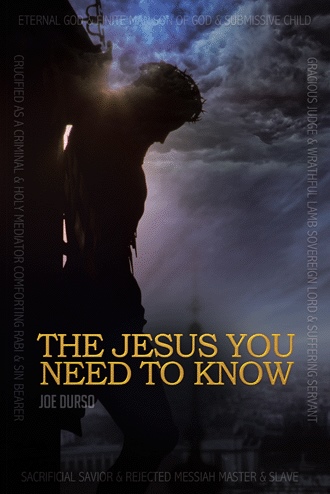 A stumbling block is something that is placed in a person’s way that can cause him to stumble or fall. Throughout the ministry of Jesus, His disciples argued about who would be greatest in the kingdom of God. There may not have been malice in their arguments, and it was probably done unintentionally, but in their rivalry they had been placing a stumbling block in each other’s way. They accepted the idea that the Messiah was going to rescue Israel from Roman rule, even though the majority of Jews did not possess saving faith. The disciples continued to be mislead by false teaching even after they came to saving faith in Jesus, which is not uncommon. It is a lifelong endeavor for the Christian to correct all the false teachings he accepts as citizens of this present world. The disciples, however, threw a stumbling block in each other’s way through their rivalry.


Jesus, however, on the night before His death, spent a substantial amount of time telling them all what they needed to know to keep them from stumbling. Before He took them into the Garden to pray, He first gave them the truth, so that they might place their faith where it would do the greatest good. Jesus warned them of their own coming failure but that He would pray for them. Jesus told Peter, “Before the rooster crows twice you will deny Me three times.” Peter, protest as he might, still denied his Lord, because when Jesus says that something is going to happen – it happens. So when the rooster crowed for the second time, Jesus turned and looked at Peter; at that very moment Peter denied he knew Jesus for the third time. I do not know what look Jesus had upon His face, but there is no doubt that at some point Peter remembered Jesus’ words, “Satan desires to sift you as wheat, but I have prayed for you that your faith does not fail.” Peter was sufficiently instilled with the knowledge that he was loved by Jesus, and it was the love of Jesus that broke Peter of his pride the most. In Luke’s Gospel we read that upon seeing Jesus in that moment, Peter went out and wept bitterly; in the Greek it literally means, “He wept violently.”


When I was young and playing on the streets of Brooklyn, New York during the 1960’s, it was a common occurrence to hear a car roar down the street. One day I heard the loud roar of an engine, tires squealing, and the sound of a car racing just one block over, which was followed by a long screech and a loud thud. I ran between the houses, jumped the fence, and as I came out the driveway I saw a young man, maybe 17, leaning on a car with his head down, and the body of an elderly woman laying on the ground. Another woman maybe in her fifties came out a door from across the street, and she screamed, (even now it brings tears to my eyes) “You killed my mother.” She ran toward the young man, he was in such a state I don’t think he could have defended himself, but two men arriving on the scene grabbed her and stopped her as she lunged toward him. Her scream was the violent cry of a woman who had lost the dearest person in her life – forever. It was the hopeless cry of eternal loss!


During the hours of Christ’s deepest need Peter denied Him and then lost Him to death. Peter’s sin of denial had the impact of a sledge hammer upon his heart; there was no one dearer to Peter than our Lord, because there was no one more dear. Peter was given the gift to look into his own soul and see the selfishness that resided there, and at that, in stark contrast to our Lord’s greatest sacrifice. After going out from the presence of that horrid scene Peter’s words must have rang out in his head, “I do not know the man,” and possibly an ear shot from His Lord, who turned to look at him. His mind could not possibly process how he could deny the greatest man who ever lived, but in the depths of his soul he knew it to be true. Jesus’ words must have crossed Peter’s mind, “the hand of the one who betrays me is on the table,” and then his own words, “Lord is it I?” Maybe he was able to distinguish between Judas’ betrayal and his own denial, but either way his emotions must have ran deep and crushed him.


It is during the times of our greatest trials that Jesus’ words hold the greatest comfort for us.

THE JESUS YOU NEED TO KNOW is a book about the most influential person in all of human history. Jesus has changed the stony hearts of men that believe in Him to caring, loving, empathetic hearts of flesh. His teachings have changed whole civilizations from tyrannical, aggressive war mongers to democratic liberties where they have been applied. This book examines the godly character, integrity, and motives of the greatest man that has ever lived, and how saving faith, in the right Jesus, can, by the grace of God, make Him the source of your own.

Joe Durso was born and raised in Brooklyn, New York; he was saved in 1967 through an evangelist who preached the Gospel with power. He graduated from Elohim Bible Institute and trinity Theological Seminary. He founded and directed ‘Teens Under Fire’, a drug awareness program that brought the Gospel into public High and Middle schools of Baltimore and Anne Arundel counties. For 50 years his passion for the love of Christ, fear for the lost, and desire to disciple the brethren has grown by the grace of God. Joe currently resides in Maryland with his wife Jean.