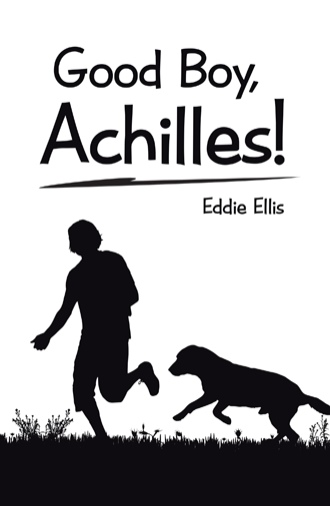 Ginger thought for a moment. “Thunder, the night you opened your eyes, the barn was all you could see. So you thought the barn was the world. Now, even though you know that there is a big world beyond this farm, this farm is all you can see. So it seems to you as though this farm is the whole world. The Father knows the whole world—every human and every dog in it. If the Father wants you to stay here and take care of Jeremy, then you must stay here. But the world is full of humans who need dogs to take care of them, and the Father loves them just as much as He loves Jeremy. If He wants you to leave the farm and take care of one of them, then you must go, and you too will come to love that person as much as you love Jeremy. Remember, the Father has a plan, and His plan is always best, even though it may not always be what seems best to us.”

Thunder laid his head on the ground between his forepaws. “Following the Father’s plan is not always easy.”

Ginger licked Thunder on the nose. “No, it is not always easy, but it is always good.”

Seconds later, Thunder stood at Jeremy’s side. He nudged Jeremy’s head with his nose, but Jeremy did not move. He barked, whined, and pawed at Jeremy’s shoulder, but Jeremy did not respond. Thunder licked Jeremy’s face. He could smell and hear Jeremy’s breathing, but Jeremy’s skin was colder than it should be. Thunder’s instinct told him to stay with Jeremy, keep him warm, and protect him. He knew he could do that, for the Father had given him a warm coat, big teeth, and powerful legs and jaws. He grasped the sturdy collar of Jeremy’s coat in his teeth and dragged him out of the water onto the creek bank. He stretched his massive body over Jeremy and lay on top of him. Surely, in the morning, when the Dawsons discovered that Jeremy was gone, they would search for him. Until someone arrived, Thunder’s body would keep Jeremy warm, and anything that wanted to hurt Jeremy would have to get past Thunder.

As Thunder waited, alert to every sound and smell, ready to fight any enemy, once again the white snow seemed to turn gray, and the shining messenger stood before Thunder.

“I did what you told me,” Thunder answered. “I found Jeremy.”

“Yes,” said the messenger. “You have done well, but your work is not finished. Jeremy is hurt very badly. He needs more help than you can give him, and he must have it very soon. You must stop a vehicle.”

“The Father has made me very strong, and I can drag Jeremy easily,” Thunder said. “If I move him to the side of the road, a vehicle will stop.”

“No,” answered the messenger. “This is very rough ground, with many rocks, fallen trees, and thorns. If you drag Jeremy, you will hurt him more. You must stop a vehicle.”

Thunder’s ears drooped. “But my mother taught me to stay away from moving vehicles. She said they were dangerous.”

“Thunder, you must stop a vehicle.”

Then the messenger was gone. Thunder’s ears told him that the road was just a short distance away, up a small hill. He scampered up the hill and, just as he found the pavement, the lights of a car came into view. Thunder ran along the shoulder of the road toward the approaching car, barking and wagging his tail. As the car passed, he spun in his tracks and gave chase, but soon the car had sped out of sight.

“I’ll stop the next one,” he shouted. He didn’t have long to wait before a pick-up truck came rumbling along the road. This time, Thunder stepped into the truck’s lane and charged toward it, barking wildly, ears pricked and eyes glowing in the headlights. As the truck swerved into the other lane, Thunder ran off the road and watched it pass, helpless to stop it. Thunder stood panting and hung his head. What good were his thick coat, his powerful legs and jaws, and his big teeth now? He remembered his mother’s warnings about moving vehicles. He remembered the words of the shining messenger. Then he remembered something else his mother had told him: “If it was not too much for the Wounded One, it is not too much for us.”

Thunder stepped into the road. “The next vehicle will stop,” he said.

Good Boy, Achilles!, a work of 128 pages, is based on the idea that, because we human beings are flawed and fouled-up, God has given dogs the task of helping us along. The story opens on a small farm somewhere in the Southeast, where a boy named Jeremy discovers that his family’s dog, Ginger, has finally given birth to her long-awaited puppies. Ginger explains to her puppies that they must leave the farm for new homes where they will take care of their own humans, for that is the Father’s plan. Jeremy’s parents tell him that the family can afford only one dog, Ginger, and will have to give the puppies away. As the story progresses, however, Jeremy and his favorite puppy, Thunder, or, as Jeremy calls him, Achilles, become best friends, and Thunder comes to believe that he will remain on the farm as Jeremy’s dog. Will he? On the way to finding out, he and Jeremy learn some basic Christian theology and some important life lessons.

Eddie Ellis is a life-long dog lover, an ordained minister, and a professor of New Testament. After earning a BA in English from Stetson University (1986) and an MDiv from Asbury Theological Seminary (1991), he served as a United Methodist pastor in Florida for seven and a half years. In 1998, he felt called to a ministry of full-time teaching and returned to school for the necessary training, earning a ThM from Candler School of Theology (1999) and a PhD in religious studies from Baylor University (2005). In 2006, he accepted a teaching position at Olivet Nazarene University, where he has now served as a professor of New Testament for ten years. He and his wife, Terri, live in Bradley, Illinois, with their two sons. Having grown up in rural Florida, where both agriculture and dogs played major roles in his life, Eddie is well acquainted with the world in which Good Boy, Achilles! is set.