The Heart to Dance 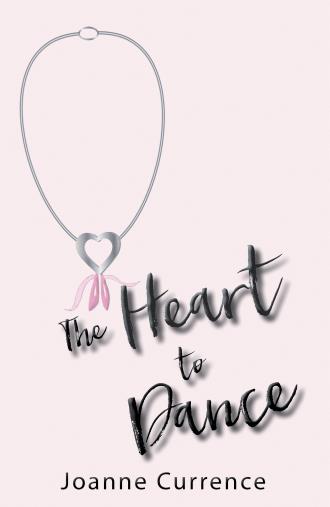 . . . and remember what I've always told you. Now only two weeks to go! I'm with you, my sweet Lexie. Love from Numsie

Alexis clutched the pale textured letter and pressed it to her heart. Nothing meant more than those special words. Suddenly, she trembled. It was heartbreak to not make it last time. What if it happened again? But no way could she think about that. Gazing in the mirror at her tall slender form with arms in a perfect arc, she twirled on one foot until jerking, startled by her mother's voice.

"Alexis, are you ready yet?"

"Coming, Mom!" Alexis grabbed her pink and black dance bag and floated down the stairs.

Glancing at the yellow and orange leaves on the trees out front, Alexis inhaled the crisp mountain air on a Wednesday afternoon. "Mmm . . . I love that smell," she said, pulling up the collar on her sweater. After slamming the door shut of the SUV, they sped out of the driveway.

Alexis gazed out the window, her mind drifting back to when she first started to dance, when she was only four. Her mother and grandmother had both been dancers and were her greatest fans. She'd started out doing ballet and tap, and later, adding jazz . . . the moves and beat had gotten her hooked. Already in the seventh grade, time had flown fast. Alexis glowed inside thinking on it when her mom turned a corner, jarring her thoughts.

"Only two weeks away," Alexis gasped, staring off, as she thought about her audition.

"You've been counting the days for months, honey. Think you can make it 'til then?

The Dance Company . . . the finest company in New York, she thought. Alexis' heart soared, envisioning her moment on stage. Her life-long dream, just like Numsie's , and nothing would stand in her way.

They rode in silence as Alexis thought about the days ahead and her dream coming true, until lost in a trance, she hadn't noticed they'd arrived.

Grabbing her dance bag, Alexis rushed inside. She, at once, spotted Lauren with her wild and wavy reddish-brown hair as she and Rachel stretched at the bar. They waved, and Alexis waved back. She slipped on her jazz shoes, pondering how they'd been with Denver Dance since grade school, her heart leaping when they'd made the competition team just a year ago. Dance was their passion. It's what they lived and breathed. Now it was a must that they all make the team.

Alexis tugged at her laces and tied her curly blonde hair up tight. Then she moved to the floor to stretch.

"You're never late," Rachel whispered as she and Lauren joined her. Rachel stroked her spiked brown locks and bent towards the floor, curving her arms overhead.

"I know," Alexis whispered back, her thoughts turning towards the letter as she smiled deep inside. Then she followed Rachel's pose when she heard Ms. Natalie's voice.

"You've all worked hard over the past few months," she announced, patting her long blonde hair piled on top of her head. "Take a few minutes to warm up, and then we'll do the real thing. After that you'll work on your own routine."

Alexis still remembered when Ms. Natalie first told them . . . they'd audition as a team and then individually, each girl choreographing their own. Perfect, she'd thought. She was thrilled they'd do both.

"Now focus on clean, sharp movements, especially those jazz walks and pirouettes," Ms. Natalie said as she stepped towards the sound system.

The girls bounced up to work on their moves, just like they'd done for months. As they all took their spots, in perfect form, the music started to play. Alexis moved with strength and ease, strutting across the floor. With quick shoulder lifts and strong dramatic steps, she moved to the jazzy beat. Over and over, she turned and leaped when, suddenly, she stumbled, out of breath.

Alexis sighed and walked with a hand on her hip, wiping beads of sweat off her face. She rested a second, the music still playing, as she chatted with others close by. Then lifting her arms for one last turn, she caught a glimpse of Morgan, the best dancer in the class. It was the girl's icy stare which caught her off guard when, at once, Alexis' ankle jerked, and she fell to the floor.

Seventh grader, Alexis, longs to dance with the world-renowned Dance Company, which originated in Paris where her grandmother, Numsie, lives and was the premier dancer for. Having danced since she was four, Alexis was heartbroken to not make her last audition. Since then, she’s practiced long and hard for the upcoming one, and it’s a must that she makes it, since those that do will perform not only in New York for the Christmas holiday, but also in Paris for the New Year’s Celebration. Not only that, but this will be the fifty-year anniversary of The Dance Company, and her grandmother will be making a special appearance which Alexis can’t miss. But, soon, huge trials come her way, and Alexis’ dreams are shattered, when she turns to her faith knowing she needs to trust God. Will she make the team and the New Year’s celebration? Will her dance dreams come true? Or will God take her on a different path, one she didn’t expect?

Joanne Currence’s first memories of writing started with a locked diary as a young girl in Minnesota. She loved writing her thoughts and feelings about all that was happening in her life, especially knowing they’d be kept secret. As a teen, those words found their way into journals, capturing those memorable life moments . . . from summer camp adventures and fun family trips, to travels to Europe during her college years. Throughout an elementary teaching career, Joanne’s favorite times were writing with her students. It was a delight to see what stories they’d come up with, as most of them loved it, too. Joanne lives in Colorado and loves it there, where the mountains are gorgeous and the sun rarely hides. She enjoys golf, hiking, biking, and skiing, along with entertaining friends at home and venturing off to tropical places.