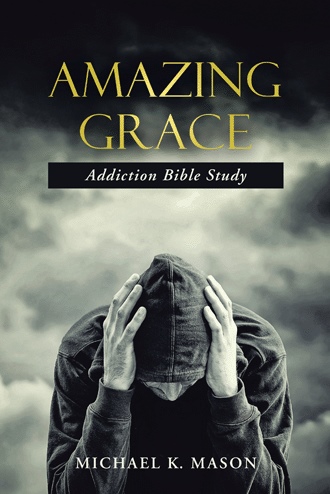 This Addiction Bible Study is a one-of-a-kind program that attacks the subject of chemical dependency on four major fronts.

Unit #1: Amazing Grace, How Sweet the Sound... Understanding the Relationship Between Addiction and Sin

The first section of our spiritual journey focuses on defining addiction and revealing its true nature in spiritual terms. The objective of this unit is to understand that in spite of what you’ve been led to believe, addictive behaviors should be considered not in terms of sickness but rather in terms of sin. Substance abuse as a concept can then be understood within the context of sin and sacrificial living introduced and explained in the Bible.

Unit #2: That Saved a Wretch Like Me... Discovering the Relationship Between Jesus and Sin

The second section begins with a summary of the events that transpired in the birth, life, and death of Jesus Christ. The process of salvation is then examined, with an emphasis on the theology of being born again and its tangible benefits in terms of eliminating addictive behaviors. Overall, the objective of this unit is to offer the reader a fuller understanding of the biblical connection between the sin of addiction and the gift of salvation.

Unit #3: I Once Was Lost, But Now I am Found... Recognizing the Relationship Between the Holy Spirit and Sin

The third section of this study begins with a discussion on the Holy Trinity, with a special emphasis on the redemptive powers of the Holy Spirit. The role of this supernatural entity is presented in biblical terms and reinforced with real world examples of the undeniable connection between the Spirit and self-control. Faith and grace are explored as spiritual concepts and emphasized in terms of their relative importance in the daily tug-of-war between sin and obedience to God.

Unit #4: I Was Blind, But Now I See! Winning the Spiritual Battle Against the Devil and Sin

The final section of this bible study addresses the fact that the fight against addictions (and sin in general) requires a broader understanding of the spiritual forces involved. From a biblical perspective, addictions should be viewed in the context of the ongoing spiritual war waged for the souls of all mankind. Substance abusers can learn how to fight this battle using the Armor of God, wielding the Sword of the Spirit as an offensive weapon against the opposing dark forces in play. Obedience should be viewed as an asset in this fight, which ultimately ends in the final, irrevocable judgment of God.

The current success rate for addiction treatment is less than 30 percent, which means that 7 out of 10 recovering addicts are not being cured of the so-called “disease of addiction.” Why doesn’t treatment work? The answer is simple - addiction is not a disease. In fact, the mainstream mythology of “Once and addict, always and addict” falls apart upon close inspection. Therefore addictive behaviors must be evaluated within the context of not sickness but sin. Through the study of the Bible, so-called “addicts” can learn how to achieve forgiveness of their sins and deliverance from their addictions by offering their hearts, minds, and bodies to Jesus Christ. They can then be taught how to take advantage of the powerful indwelling presence of the Holy Spirit to wage war against their persistent addictive thoughts. Ultimately, this study has been designed to help substance abusers to focus their minds on God (instead of chemicals) in order to subdue their stubborn cravings for the seductive forbidden fruit of intoxication.

Michael K. Mason is a freelance writer, counselor, and ordained minister from Tupelo, Mississippi. He holds a Bachelors Degree from Syracuse University and served for years on the staff of the misdemeanor drug court program in Lee County, Mississippi. He is the author of a book entitled, Addiction and God: Reconciling Science with the Spirit. He is also the founder of North Mississippi Christian Charities, a philanthropic organization that provides addiction counseling services and subsistence support to local families in need.