Learning God's Desire for Your Sex Life, Before, During and After Marriage 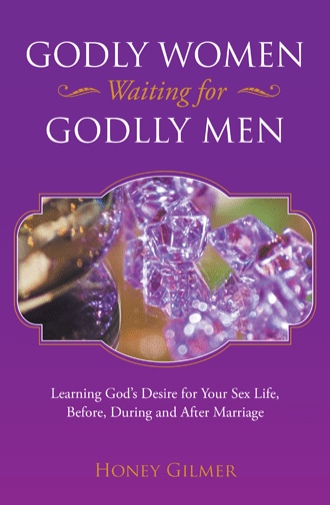 [It is] better to trust in the LORD than to put confidence in man.

As a new Christian during this time, I found what appeared to be three types of men. I detest categorizing, but as a woman I find myself doing this. I loosely used these three classifications:

• Worldly - These men were so far out in the world that discernment wasn’t even necessary. They were usually agnostic or atheistic and were living their lives accordingly.

• Wolves in sheep’s clothing - These men knew the Bible well. Their words said one thing, but their actions said another. I always needed and relied on God’s discernment in these instances.

• God-fearing men - These were men who not only knew the Bible but strove to be Christ-like.

I wanted a God-fearing man. I wanted one badly. But was I ready? It appeared that men had totally stopped looking in my directionand that those who did were nowhere near the type of godly man I longed for. Why had men stopped looking at me with any type of interest at all? This was a new experience for me. In the secular world, men read the desperation in my eyes and took advantage of it. Now I was being totally ignored. I also found out that it was very easy to transfer my old habit of admiring the “star” on the stage in a club to admiring the “star” in front of the Bible study classor just about any man who could recite from the Bible. But God was working in this area of my life. If I found myself attracted to a man, I learned to stand back and study him. I didn’t flirt at all.

It was easy to admire men who knew Christ or at least who appeared to know Him. But down deep I knew that I wasn’t ready for a godly relationship. I would have fallen head over heels and probably would have tried to entice him to bed in order to get the commitment. I still wasn’t healed, but I was learning to recognize that fact. I truly believe that God placed a hedge of protection around my newly found innocence. He protected me as long as I protected my heart.

Honey Gilmer wrote this book in obedience to God. If you are divorced, recovering from a sexually active relationship; if you’re wondering how God views sex for a woman who is no longer “pure,” then Honey wants you to know that God has a word for you. You are invited to read about the mistakes, the bad choices, and the love of God for His bride in this book.

Honey Gilmer has had a heart for single/divorced women for over a decade now. Dysfunctional is the one word that can describe her childhood and the first two decades of her adulthood.

The first part of her walk with Christ began with the question, “How can I serve You, Lord?” His answer was, “Write.”

It’s taken about seventeen years to put that command into action, but this book is definitely an act of obedience.

It is with prayer and utter reverence for His will in her life that she submits this book to you.

Honey is now a happily married wife and grandmother.