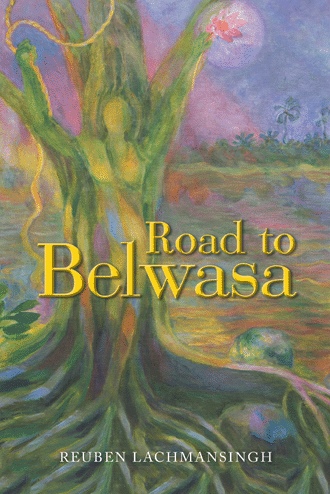 As the summer vacation drew to a close, out of desperation, I decided to try my luck on the tobacco farms in the Tillsonburg/Delhi area, thumbing rides around the rural roads. Four young men picked me up. They were in their late twenties, unshaven with disheveled hair, their stained shirts untucked, save for one who, throughout the ride, never said a word, and seemed to have taken better care of himself. “Smell these,” one of them said, pushing his dirty socks into my face, “they haven’t been washed for three weeks!” Fearing for my life, I asked to be let off at the town of Delhi. “Turn over all your money!” another with tobacco-stained teeth growled. His breath almost made me throw up in his face.

I looked into his eyes to see if he meant what he’d said. He did and in the end, I reached for my wallet, allowing the vehicle time to come to a stop. Although, I was 100 percent sure I could have made a dash for it into a store, like stealing one of those thirty-nine consecutive single runs as I’d done before in cricket, I played it safe. Money I can part with, and so I emptied my wallet, no more than ten dollars, except for a small coin. “Please, sir, can I keep this dime for a sandwich?” I asked with the voice of poor Oliver Twist when he’d begged for more soup for himself and the other starving orphans.

“Non!” he said. And the others didn’t even offer an objection, save for the quiet one who gave a slight shake of the head. They were prepared to go after a sitting duck and follow the precept of each man for himself. That’s what hunger does to people and I forgave them for they looked like they could do with a meal.

While in Delhi, I found a lucky dollar bill in a secret compartment of my wallet. It bolstered my spirit, and so I decided to stick it out in the area for a while, and to be selective when accepting rides.

A Virginian took pity on me and picked me up in his brand new white 1960 Chevy while he explained the work that he did. “I operate a kiln where the tobacco must be dried at a specific temperature and humidity,” he said. “In three months, working for the same farmer, as I’ve been doing for the past five years, I earn enough money for the rest of the year.” Those words piqued my interest, for, despite my abhorrence of smoking, I needed money for food and my education. He dropped me off at Tillsonburg, where I gravitated to a transient hangout with benches on the roofed balcony of a snack bar.

I discovered that a person could delay hunger if he has a distraction. That came in the form of my involvement in discussions with other students. The topics ranged from hockey to evolution, but in the end it still came down to finding a job picking tobacco. A University of Toronto student split his sandwich with me and showed me the ropes, “If you get hired, use the thumb and index finger for one leaf—like yea—then the middle and index finger for the next, and so on, using both hands.

“A spin bowler in cricket, one who practised spinning a ball, both ways, night and day, I would be swift using the fingers of my right hand,” I said. Utterly confounded, he shook his head and continued with his lesson on tobacco picking. “Next you place the leaves into a bag hanging from your right shoulder.”

“Hey! It’s the highest paying unskilled job anywhere. But be prepared, because it’s a job where you stay bent throughout the day, and if you straighten up, the harder it is to resume your crouch.” At the end of the conversation, I sensed a stabbing pain in my back.

Men competed to get hired. Men who smelled of old sweat, men with a two weeks’ growth of beard, with unwashed teeth. And I’d started to look and smell the same.

The next morning a farmer came about fifty feet away from where I stood. “I vant a dozen able bodied vorkas. Yeh! Tabacca pickas!” he yelled.

As soon as I rushed forward, several bigger men blocked my small frame and became engaged in a shoving match like they do in a football scrimmage. It was the closest I ever came to getting hired for tobacco work. The university student bought a dozen donuts and offered me one. In the afternoon, with the threat of rain from darkened clouds that scudded across the sky, amid a muted rumble of thunder, I walked for twenty minutes from the main road and headed straight to a farmhouse. Green, broadleaved tobacco plants growing on sandy loam greeted me. The Belgian woman, offered me a cup of unsweetened chocolad (chocolate), and a slice of home-made brown bread, which I kept dipping into the cocoa before biting off a piece. She said the final decision on hiring rested with her husband. He came in brusquely, spoke to his wife with an effort to keep down his guttural Flemish tones and shook his head. “Nee!” he said, which I assumed meant “No!” Dark-skinned persons were rare on a tobacco farm in the sixties, so I didn’t blame him for turning me away, though I was happy that he’d come in after I’d finished my bread and cocoa.

As if in sympathy with my feelings of despair, all at once the heavens opened up, and a sudden downpour found me without shelter. The pitter-patter of the rain beat hard against the tobacco leaves, while like a drenched rat, I wended my way back toward the highway. Soon the sky looked like the sun might peek out, and that spurred me on to try one last time for work in the town of Delhi, so desperate had I become.

Hung around “speak easies” and front galleries. No work! Saw a man collapse from hunger. Still no work! Paid a dollar that night to sleep in a communal tent on a cot standing on bare ground—my last dollar. How long could I wait? One needed a strong spirit to fast like Mahatma Gandhi, but mine was just about broken, and my fasting was not by choice! Sleeping in that tent my final night in Delhi, while the thunder roared and the rain poured with a sound that I used to love and that took me back to my parents’ home, a voice told me to return to my dorm. To what? I didn’t quite know . . . those conditions were more than I could take.

Tillsonburg? Tillsonburg? My back still aches when I hear that word. Like Stompin’ Tom Connors, I never had a nickel or a dime to show and my aching back was not from picking tobacco. I said good-bye to my fellow jobless friends, walked toward the highway and kept walking . . . as I’d done passing through village after village before I’d ended up in Buxton in Demerara when I was a boy. I thought of the Joad family in The Grapes of Wrath, dispossessed sharecroppers fleeing dustbowl conditions, going down route 66 to California, hoping to pick oranges, whatever . . . . 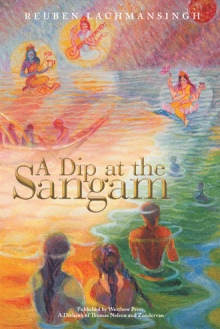 A Dip at the Sangam
Reuben Lachmansingh
$22.95

Road to Belwasa is in many respects a sequel to the author’s first book, A Dip at the Sangam, which was short listed for the First Book Guyana Prize for Literature.

Growing up in Sand Reef, Reuben had heard tales about his great-grandfather, about how he’d been kidnapped to toil like a slave in British Guiana. He longed to travel to that little village called Belwasa, deep in Bihar, to find out more about that part of his ancestral history. To get there, the reader is lured to find out more about Reuben’s life and the sacrifices he had to make before he made that journey to Belwasa.

He’s worked as a civil servant and a science and biology specialist teacher, is a multi-award motelier and an entrepreneur. In his free time, he travelled the world, practised Taekwondo, and played League as well as World Golden Oldies cricket tournaments, earning medals from a New Zealand and a South African team.