Mending of a Broken Heart

The Nature of Meaning and the Purpose that Gives Life Hope 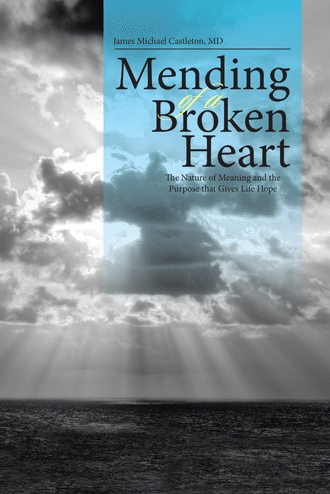 We begin our lives learning what life is, only to be drawn inexorably to the question of what it is meant to be.

The moment we become aware of ourselves, as selves, this question stands out above all others. Before it, all other questions diminish. Beside it, all others become inconsequential, of secondary, merely practical, importance. Yet, without an answer to the question of meaning, it is not simply that it is impossible to make sense out of the practical details of our lives, or, that such details become a burden as we are left pondering why we should do what we do. Rather, in the absence of an answer to the question of meaning, another question looms: why should we do anything at all? To those for whom life is meaningless, existence is reduced to a single question: “why live at all?”

The search for meaning is the search for a reason to live. It is the single most important question we will address, the one which will most determine the quality of our lives, and the one which has most haunted human beings since we possessed the power of introspection. Yet, meaning is the one question for which our psychology provides no understanding, our biology no adaptive response, our instincts no insight, our emotions no motive power and our institutions no program of formal instruction.

Apart from genetically determined psychopathology, the failure to find a satisfactory answer to the question of meaning is perhaps the single greatest determinant of psychopathology. Those whose lives are without meaning find it difficult to live in, and enjoy, the present. Instead, they are drawn emotionally either to the past, becoming mired in regret, or to the future, where they are consumed with anxiety. The meaningless life is not merely empty emotionally but is emotionally tormenting. Such individuals find it difficult to face their emotions, to live with the realization of what is lacking in their lives and tend, therefore, to engage in distracting pursuits, fill their lives with trivial detail, or, subdue their distress through various forms of self-indulgence or addiction.

Secular education, as it is currently taught in most settings, trains us to think critically about what we do and to do what we desire skillfully, but does not see its purpose as cultivating the insight to understand which desires are wholesome and likely to lead to a life which is meaningful, or fostering the understanding of what it is about meaning, which makes it meaningful, and therefore attainable. Secular education provides a roadmap to the productive but not necessarily to the meaningful life.

Ethical instruction, when it is emphasized, is rooted either in the pragmatism of the population or the harmonious well-being of the individual, without exploring or explaining the ‘harmony’ or ‘well-being’ to which these pursuits are intended to be the end. Such instruction is tactical but does not discuss how, or whether, such states contribute to a sense of meaning.

Evolutionary biology may inform us as to the adaptive advantages of certain mindsets over others, or certain ethics over others, but I would doubt that those who practice such strategies would describe them as intrinsically meaningful—such a physiological orientation cannot answer what is fundamentally a spiritual question.

Religious education teaches us about who God is and how we are to properly relate to Him, often without instructing us why and in what manner that relationship is meaningful. Frequently, such education is proscriptive and imperative, focusing exclusively on the debt, and therefore the cognitive and behavioral obligation, we incur by being what we are, without illuminating the debt God incurred in creating us and the love which these debts are meant to reciprocally express. Too often, religious education reasons from God to Man whereas, if God is relevant to the question of meaning, the answer will be found in the nature of the relationship of Man to God. If God is germane to the question of meaning, then the answer will be found less in the fact of His existence, than it will be in the character of His person and the nature of His relationship to his creatures.

Like many young men, I had looked for meaning in all the wrong places: the ego, the emotions and the senses. The emptiness of hedonism, however, forced me to consider why pleasure does not bring contentment and this, in turn, lead to a consideration of the important differences between happiness and meaning. Both philosophy and theology often fail to make a distinction between the two. This failure leads, on the one hand, to less than articulate discussions of the difference between a “true” and “false” happiness, which are less instructive and helpful than they might be. On the other, it leads to apparently self-contradictory musings on the extent to which happiness is independent of circumstance, yet is, in some fashion, contingent upon it, so that no clear direction is given as to how one may find the “true” happiness which, because it is true, cannot be assailed by circumstance.

In religious circles, happiness is often devalued in favor of meaning, although as I came to understand the distinctions between the two, I realized that both play an essential, albeit complementary, role in the healthy life. One fact, however, became abundantly clear: no amount of happiness will make life meaningful and the person who fails to understand the differences between the two, and pursues the former as a means to the latter, will experience no end of frustration and misery, not to mention, discontent.

This book begins from the perspective of one man who was, at first, less interested in finding God than he was in discovering the meaningful life. It begins with a consideration of the difference between happiness and meaning, the dependence of meaning upon hope and the role that purpose plays in achieving one’s hope. It ends with the realization that faith has a lot to say which is pertinent to hope, meaning and especially purpose...

Mending of a Broken Heart: The Nature of Meaning and the Purpose that Gives Life Hope speaks with a distinctive and evocative voice. It brings to the world of words and the thoughts they convey the unique experiences of a man struggling to pass through the deeps of loss and to emerge with a trustworthy grasp on life's meaning and purpose. The author, James Michael Castleton, an award-winning physician, shares his journey in both prose and poetry. The blend captures the nature of life-sometimes lyrical and mystical and majestic, yet often prosaic and focused on finding a path upon which one can place each foot in turn, just to make one's way through the day.

Mending of a Broken Heart does not shy away from life's sharp edges or from exploring how they strike at the roots of relationships. As Dr. Castleton notes in beginning his reflections,

We are born with a broken heart,
Born with a sorrow we can only later articulate,
Born missing the most essential aspect of what we need to live a fulfilling life ...
Born without a sense of meaning.

Mending of a Broken Heart explains the distinctions between happiness and meaning and explores how having a valid purpose and holding to true hope contribute to giving meaning to one's life.

James Michael Castleton, MD was born in Los Angeles, California, when the last farms and orange groves had almost disappeared, and grew up in humble but wholesome circumstances. The beauty in those circumstances left a lifelong impression that a life rich with significance is likely to be the one lived on the simplest terms—one that contains nothing less than is required and nothing more than it ought. Dr. Castleton received his training in medicine and behavioral science at Stanford, Harvard, Yale and Oxford University. He is a fellow of the American College of Cardiology and National Heart Institute and a master physician and laureate of the American Board of Cardiology. “Mending of a Broken Heart” is his first book and speaks to the intersection of medicine, psychology, and faith with meaning, offering philosophical insights and personal application. James enjoys sunrise photography, poetry, hiking in the high country of the Sierra Nevada, and quiet moments with his beloved H.