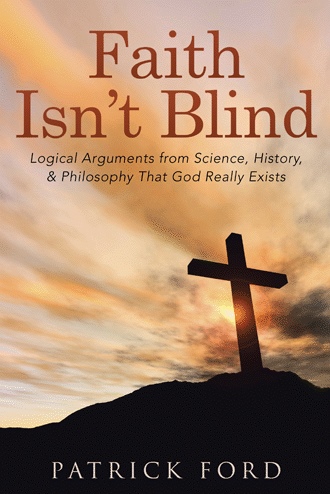 Although God dislikes evil in our world, He chooses to tolerate it in order for humans to possess free will. After all, free will is the essential cornerstone element to life as we know it. Life without free will would not be living in the way we envision it at all. Our only actions would be in response to the environment around us—like a plant’s responding to sunlight, water, and temperature, but only as in unconscious response to stimuli and without conscious choice. We would be nothing more than zombies who form no thoughts and make no decisions. It is impossible to have sentient beings created in the image of God who possess and the ability to make decisions without the existence of free will.

Although free will is essential for humanity, the trade-off of endowing humans with free will is dealing with the consequences of the decisions we make—both good and bad. This includes individuals having the ability to make decisions who will ultimately bring about evil in our world. From our limited perspective, this may sometimes seem like a steep price to pay, but God, in His infinite wisdom, deemed that our ability to freely choose to do right was more important than a world free from evil and suffering. Plantinga states, “A world containing creatures who are significantly free (and freely perform more good than evil actions) is more valuable, all else being equal, than a world containing no free creatures at all.” This gives God sufficient reason to allow the existence of evil, thus invalidating the argument for the incompatibility of good and evil.

Popular culture constantly bombards us with the idea that modern scientific knowledge has rendered Christianity obsolete. The common conception is that those who believe in God do so through blind faith—a faith that is devoid of proof and in contrast with scientific knowledge. However despite this perception, there are multiple independent scholarly arguments that point toward the existence of a Christian God, including:

• the weakness of naturalism as an explanation for our world;

• the congruency of God and modern science, including evolution;

• the cosmological argument and the beginning of the universe;

• the intelligent design of our universe;

• the existence of an objective moral law;

• the secular sources that confirm the life and events of Jesus Christ;

• the credibility of the New Testament; and

• the historical evidence for the death and resurrection of Jesus Christ.

While belief in God is not an academic conclusion, God did not leave us without any indications of his existence. These independent arguments build a cumulative case that leads to the logical conclusion that God really does exist, and therefore, Faith Isn’t Blind.

Patrick Ford is a project manager in the construction industry with a master’s degree in construction management from Eastern Kentucky University. He avidly studies Christian apologetics and is strongly influenced by Christian theologians such as William Lane Craig, C. S. Lewis, and Alvin Plantinga. He and his wife reside in Tampa, Florida, and attend Grace Family Church.