Who Was That Masked Kid? 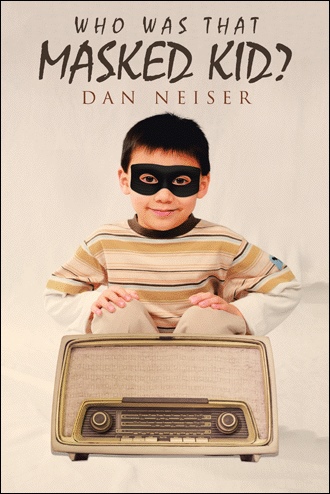 Len got his first, naturally, tore it open, and found the guns and the bullets. He stuffed each bullet into its holder on the black belt, six into the revolving cylinder of each gun, strapped on the belt and jammed the guns into their holsters. He strapped the belt to his waist.
“Now,” he announced, “I am the Lone Ranger.” He looked at me with a smirk. He had guns and I didn’t, just the way he wanted it.
When his sister received her guns the next day. Len’s smirk was followed by his sister’s answering identical expression which always preceded some torment they had mutually dreamed up for me. Now both the Trefzger’s had guns.
Rick and Pete received their guns both on the same day, and they too strapped on their weapons and stuffed their silver bullets into them.
A week went by, and mine didn’t come. Now I was playing with kids all of whom had Lone Ranger guns. I still had my trusty six shooter, but it wasn’t a Lone Ranger gun, and I was still playing the ‘Indian’, or sometimes “Outlaw” in our reenactments of the legendary exploits of the Masked Man, as presented by Fran Stryker on the radio.
Finally, my guns came. I had no idea what caused the delay. I eagerly tore open the box, and found a note lying on top of the packaged guns.
“Dear kid. We’re sorry, but we ran out of silver bullets. Instead we have included wooden bullets, painted with silver paint. We hope this isn’t a problem.”
WHHHHHHHHHHHHHHHAAAAAAAAAAAAAAAATTTTTTTTTTT??????
WOODEN BULLETS PAINTED WITH SILVER PAINT!!!!
I was devastated. I stared at the painted bullets. I ran across the street and tearfully told my mom. She tried to comfort me. “It’s ok,” she said in her compassionate, conciliatory voice. “They will work just as good as silver bullets and nobody will know.”
Nobody would know. Nobody would know.
I clandestinely inserted the painted bullets into the loops on the holster, strapped on the guns and ventured out into the Wild West.
“Hey, Dan, get out here! We need the ‘Indian’!”
I could have been the Lone Ranger, with real silver bullets and the real champion of justice. Instead, I had become a wooden Lone Ranger, a fake, carrying bullets coated with silver paint. Or, alternatively, I could be the ‘Indian’.
Once again.

Ralphie might have wanted a Red Ryder B B gun in Jean Shepherd’s “A Christmas Story”, but the kid in this story wants a lot more. He fantasizes about becoming the Lone Ranger, the Masked Man himself, but is thwarted at every turn. “Return with us now to those thrilling days of yesteryear”, when the Masked Kid tries to realize his dreams, only to discover they may be harder than he thought.

Dan Neiser lives in Southern California with his wife and a cat that hates him (but is trying to make friends with).