A Legacy of Love and Hope Rising 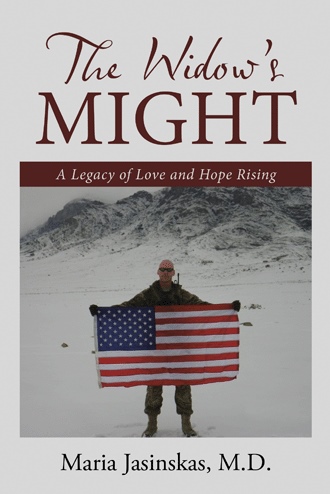 “Celebrate the way I lived, not how I died,” those were among the final words my husband wrote in his suicide letter before he took his last breath here on earth. Prior to his unsuspected death, I truly believed that my upbringing, education, profession and God had fully equipped me to handle anything life threw my way. I came face to face with my worst nightmare. I felt like collateral damage. “Bad things happen to good people.” “If it doesn’t kill you, it only makes you stronger.” They were clichés I had often used myself in attempts to console friends or family. But, when it came to my own loss, I did not want to hear any of that. My husband was in the prime of his life, at the top of his game and an expert in his line of work. We had a good marriage and were getting ready to start a family. We learned to accept our differences and worked through whatever challenges with respect, humor and patience namely because we came to prefer being at peace rather than being right. We both had enough stress at our jobs so we tried to keep the home life as stress free as possible.

His death was unique in that it did not follow a noticeable medical precursor like an infection, cancer or accident. It wasn’t expected. My husband lived an honorable life both as a soldier and a police officer. He would kiss me every day before he went to work and when he got home. And, it didn’t matter if he was coming or going at 6:30 in the evening or 2:30 in the morning. My husband was a hard worker and he earned an honest living as a civil servant to his community and country. His word was bond. I was honored to have lived and shared the last thirteen years of his forty. It is why his absence even now continues to be a challenge. You see, we worked hard to never take each other for granted. Yes, like all couples we had our times. But, he was ‘my prince’, that’s what I called him: “my prince.” And, me, I was to him, “my queen.” He told me he got that title from a movie about the Spartans.

We never knew when our last day together would be. So, we vowed to never let the sun go down on our differences. Either he or I would admit we were wrong and apologize. We both had stressful careers. Dealing with law enforcement for him was kind of similar to me and my job as a ‘shrink’. No, not really. We were worlds apart and I guess that is why we were so compatible. Together we made a complete whole. With God as our center, we were “all that and a bag of chips.”

He had survived countless near death experiences as a US Marine, a Military Police, local, Federal and state law enforcement official. Indeed, I recall brief phone calls with him while he was deployed to the Middle East. The chanting that was heard in the background via loud speakers during the religious holidays mingled with the sounds of gunfire and explosions and it just did not seem to coincide with the calm in my husband’s voice as he assured that me that he was safe and would return on schedule. I believed him. He had survived roadside bombs, being shot at and targeted with IED’s and he always made it home safe. Until, he chose to take his own life.

So, what do you do when a tragedy like that strikes? Well, I can only speak for myself. I was devastated and I wallowed in my own self-pity, shame, guilt and self-blame until being faced with an even greater challenge. I ran into a couple of soldiers at his grave site. Through the interaction I learned I was not the only widow mourning the unsuspected death of a loved one. In my misery, I found a glimmer of hope. Prior to his death, my husband had made a positive difference in the lives of many. Perhaps, I could still salvage a greater good for society from my loss. At least by disclosing my story, I could perhaps initiate the prevention of further unnecessary deaths. With suicides, they say you cannot prevent what you cannot predict. Indeed my husband’s suicide was not at all predictable but perhaps my husband’s death could serve a higher purpose to discourage others from making the same choice. If you are reading this book and are contemplating taking your life, please, please don’t. Please choose to live, we need you. Stay in the fight. If you can’t find the words to express what you are going through, just bring the book to your military Chaplin or nearest emergency room. There are people that can help.

Besides honoring my husband and those that went before him with similar fates, this book is an effort to shed light on the unfortunate topic of suicide specifically among our nation’s military and law enforcement officials. And though it leaves many questions unanswered, you the reader can make the difference in igniting a catalyst for change to ultimately make suicide history.

911 resulted in nationwide voluntary enlistments to our military. The unfortunate war related deaths estimated at 6000, though tragic in number, pale in comparison to the number of deaths during the same period due to soldier suicide. The Widow’s Might is Dr. Jasinskas’ personal account. Married to an enlisted soldier, she in an effort to use her expertise in the field of Psychiatry to assist with soldier suicide joined the military. Two months within her commission date, her own husband, a veteran of 23 years took his own life. In the book, she describes her experience as the wife of a former United States Marine, who reenlisted after 911. Staff Sergeant, (SSGT) Gregory Jasinskas, served both as a law enforcement officer and a war decorated veteran. With no signs or warnings, he chose a permanent solution for a temporary problem succumbing to death by suicide that shocked his family, community, coworkers and comrades. Dr. Jasinskas shares how one can overcome the loss of a loved one due to suicide. Though replete with hope, the book beckons our society to address the issue.

Dr. Jasinskas earned her Medical Degree at Boston University School of Medicine. She completed Residency training in Psychiatry at Boston University Medical Center (BUMC) and went on to complete a Child Adolescent Psychiatry Fellowship at Tufts New England Medical Center and a Geriatric Psychiatry Fellowship at BUMC. She is Board Certified by the American Board of Psychiatry and Neurology and was appointed a Reserve commissioned officer in the Army of the United States.