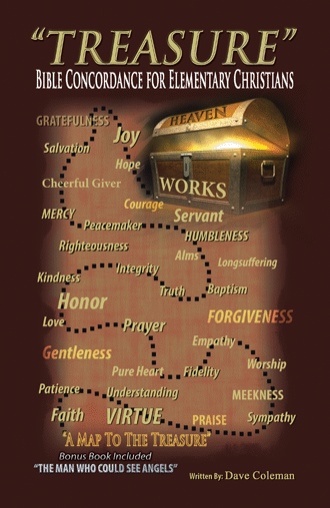 JUDGEMENT ACCORDING TO OUR WORKS

2-Corinthians 5:10 For we must all appear before the judgment seat of Christ; that every one may receive the things done in his body, according to that he hath done, whether it be good or bad.

Matthew 16:27 For the Son of Man shall come in the glory of His Father with his Angels; and then He shall reward every man according to his works.

1-Peter 1:17 The Father, who without respect of persons judgeth according to every man's work.

Revelation 20:12 And I saw the dead, small and great, standing before God, and books were opened. And another book was opened, which is the Book of Life. And the dead were judged according to their works, by the things which were written in the books.

Revelation 22:12 And, behold, I come quickly; and My reward is with Me, to give every man according as his work shall be.

John 9:1-7 And as Jesus passed by, He saw a man which was blind from his birth. And His disciples asked Him, saying, Master, who did sin, this man, or his parents, that he was born blind? Jesus answered, Neither hath this man sinned, nor his parents: but that the works of God should be made manifest in him. I must work the works of Him that sent me, while it is day: the night cometh, when no man can work. As long as I am in the world, I am the light of the world. When He had thus spoken, He spat on the ground, and made clay of the spittle, and He anointed the eyes of the blind man with the clay, and said unto him, Go, wash in the pool of Siloam. He went his way therefore, and washed, and came seeing.

The path to Heaven is a challenging journey, and every day in our lives, situations arise which call for the Christian response. Read and familiarize yourself with TREASURE so that you can quickly refer to it as your personal concordance for guidance to popular scriptures and stories which support your Biblical answers as it strengthens you in your spiritual growth, and helps mold Christian values and character.

Dave Coleman is a highly motivated person of stability, strong family values, and integrity. He has been married for 47 years, retired in Fleet Sales after 40 years at General Motors, Manager of QTMC, Inc. Charity and QTMC Music Group for 29 years, and Manager of CENTERSTAGE Rental Hall & Homeless Shelter for 18 years. He strives to be one of God's most humble servants, helping the homeless, needy, Special Needs, and Veterans. He visits the incarcerated in the local jail, visits children in the three local hospitals, and distributes USDA food to the community for Forgotten Harvest, Gleaners Food Bank, and Whole Foods. He experienced personal spiritual growth while conducting Sweet Hour of Prayer bible study at his Homeless/Special Needs shelter.