A Walk Along The Path 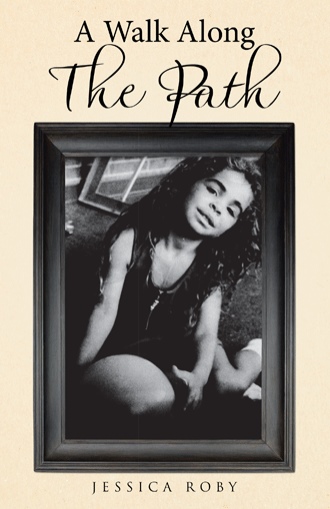 I ran through the entrance in a whirlwind. I had never been to Holy Family Hospital, so everything was unfamiliar to me. I quickly made my way down a brightly lit corridor, growing increasingly concerned that I would not be able to find where to go or what people to speak with to get information about my two-and-a-half-year-old daughter, Jordan. My eyes darted back and forth and up and down the walls I passed in hopes of finding something—anything—that would give me a clue about which way I should go in that massive and foreign building.

There it is, I thought when I saw a sign on which the ironically comforting words “Emergency Waiting Room” were inscribed. My racing heart began to slow down, and my footsteps became more deliberate, allowing me to catch my breath and compose myself as I crossed the threshold of the room.

It took a moment for my eyes to adjust. The lighting in the waiting room was dark in comparison to the long, blinding fluorescent bulbs fastened to the ceiling of the hallway. It was also filled with a discomfited silence. The chairs, arranged back to back in rows of four, were all empty. There was no one around.

I could feel my heart pound again. My daughter is in crisis. How is it that there is nothing going on in this place?

Confused, I questioned myself. Am I at the right hospital?

This all happened on a Wednesday in late February of 1997. An hour or so earlier, at my place of employment, Glenbrook North High School (GBN), the athletics secretary had stopped me in the back hallway of the main gym. I had been speed walking from the dance studio down to the pool to teach my last class of the day. She explained that my mother had called, sounding desperate and trying to reach me. I had six minutes before the tardy bell so I assured her I would call home. My mother told me Jordan had been slipping in and out of consciousness. The night before, I had been awakened by a solitary shriek originating from Jordan’s bedroom. That must have been some nightmare! I thought while throwing off my comforter. I made my way down the hall into her room. As I turned on the light, I found her sitting up, wide-eyed, in her toddler bed, waiting for me. She had been suffering from flu-like symptoms.

I sat down next to her, wrapped my arms around her, and asked what had happened and if she was all right. With the few words she could speak, along with the body language that followed, I knew she was feeling under the weather. I placed my hand on her forehead to check for a fever. She had none. I took hold of her hands and found them to be ice cold. She was uncomfortable and fidgety, and I sensed she was nauseated.

I swooped her up and carried her to the bathroom, where she endured a bout of vomiting. As I held her wavy hair back, the heaving lasted only a few moments. When she was finished, I found a thermometer and placed it under her armpit. Her temperature was normal. I thought it odd but was not too concerned.

Still feeling unwell, all she wanted to do was cuddle. With only a few hours left before daybreak, I invited her to sleep with me for the rest of the night. We made our way back down the hall, into my room, and under the comforter.

Her hands remained cold and clammy. The shock of her feet feeling the same caused me to jump under the covers. I tried my best to warm them, without success.

Ah, February in Chicago, I thought. It wasn’t long before we both fell back asleep.

At five, my alarm sounded. We woke up together, and I began getting ready for work. As I brushed my teeth and picked out my clothes, I noticed that all signs of Jordan’s discomfort were gone, as she followed my every move. After making our way downstairs to the kitchen, I gave her a little plain bread to eat to see if she could keep it down. To my delight, she did. She seemed to be back to her carefree, lovable self.

As I packed my bag, preparing to leave the house, she walked up to me with a big smile and said, “I love you, Mama.”

Touched by her spontaneous statement of affection, I put my bag down and bent over to give her a big hug good-bye. “I love you too, Jordan. Now go back to sleep in your room, and wait for Grandma and Jonathan to wake up. I’ll see you later today at the pool.”

I let her go and watched her round the corner. I listened to her light footsteps as she made her way up the stairs and then down the hall to her room, so I was convinced that she had tucked herself back into her own bed. I turned around and let myself out.

“How could things have so drastically turned in just a few hours?” I asked.

A Walk Along The Path is the true story of a young mother widowed at the age of 25. Thrown into being a single, working parent of two children, with God’s grace, is able to pick up the pieces of loss and push forward. Just as life begins to return to normal her youngest child is diagnosed with a congenital heart disorder needing a transplant to survive. How will this young mother cope with the daunting challenges ahead?

Being a health/physical educator and diving coach, it is no surprise that “It’s All About Movement” is one of Jessica Roby’s favorite mantras. She inspires people on a daily basis whether it be in the classroom, on the pool deck or as a mother who has had to deal with a tragedy no parent should have to endure. Through all of it she remains resolute in living life to it’s fullest with gratitude and joy displaying strength and courage within every facet of her life. She understands that bumps in the road are inevitable but believes they can be meaningful even defining without breaking you. In the words of Frank A. Clark. “If you find a path with no obstacles, it probably doesn’t lead anywhere." Through life's ups and downs she remains firm in the belief that God’s grace is profound and the power of prayer unimaginable. It is her wish to share her story not only to give God the glory but to convey this message; no matter the difficulty we are never alone.