How a Forgotten Movement Undermined Christianity 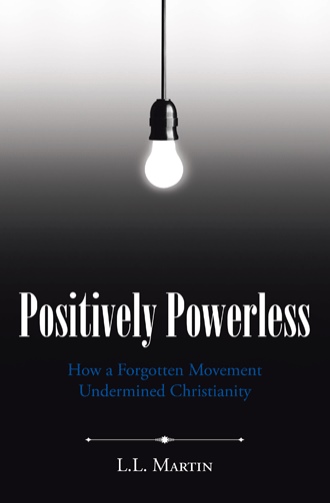 In the process of writing, I was asked about the topic of my book and found it hard to answer such a seemingly easy question. Saying it was a critique of the positive thinking movement from a Christian perspective would typically elicit puzzlement. Aren’t Christians supposed to be hopeful and encouraging? However, this is not the simple idea of having a good or bad attitude in life.

I bet you have muttered “think positive” before an uncertain moment or stated this maxim in encouragement to a friend. Have you ever paused to think about what you are really saying and the implications of it? How exactly will positive thoughts help? You might think I am over-analyzing the issue. Yet there is a long and extensive history behind the idea of positive thinking, and it reveals how the expression “think positive” became a part of the American vernacular. Positive thinking was a vast movement which took the twentieth century by storm and radically changed American culture. Evidence of this philosophy is everywhere once you are aware of it. It can hide in plain view because it became such a natural way of thinking in our society.

Secular and sacred motivational approaches gained prominence in mid-twentieth century America, but these things developed from an older movement named “New Thought” whose beginnings are mostly forgotten—somehow passing out of common historical memory. New Thought believed in a mystical power of thoughts that could alter our outward reality. Of particular concern to the Christian are the movement’s roots in occult, mystical, and Eastern religious ideas that are in distinct conflict with Christianity. My research into this was eye-opening, and the first chapter will delve into this disconcerting background.

This non-biblical philosophy invaded the church during the twentieth century and continues to be influential long after the fact. Much of this “invasion” was subtle, coming in by the side door as Christians themselves were influenced by it. These teachings were often cushioned in biblical language—which made them harder to detect—yet there is little excuse for how so many believers fell for it. The core temptation is an ancient one, and we should have been on better guard against it—to be elaborated upon in chapter two.

The book contains content we might prefer to avoid such as chapters on pride and sin. Positive thinking has itself contributed to our discomfort about these core Christian beliefs and blurred our spiritual vision. Evading our sin makes it difficult to see our need of a Savior. When the church catches the spirit of the age, it becomes spiritually weak.

While intended to be a positive movement, it can lead to disillusionment and despair. Have you ever felt like a failure in the Christian life or that you must hide your struggles with sin? Maybe you have been on a perpetual search for a spiritual secret that would finally bring you that evasive victory. Perhaps you sensed something was not quite right in certain approaches to faith but were unable to put your finger on it.

The positive thinking mindset is at work in these scenarios. Its cultural impact led to Christians developing false expectations or illusions about themselves and their spirituality. A quest for what we might become in life took precedence. It turned us inward and distracted us from the hope found in Jesus Christ. The central message of Christianity is not about becoming a better you, but about Jesus who lived a perfect life for you.

The aim of this book is to be an advocate for neither positivity nor negativity, but for biblical balance and realism. Positive thinking tilted Christianity off balance, and we need the scales to be realigned. The chapter entitled “The Already but Not Yet” will further explain this crucial idea that has been neglected by many. We are lopsided Christians. Present and future aspects of our faith have been confused, and this has distorted our perceptions of life in this world…

Christianity is all about paradox: power is found through weakness, to live we must die to self, and to be lifted high we must stoop low. The Christian life is uniquely different from our natural inclinations and in stark conflict with the positive thinking paradigm. Some aspects of this book may seem a bit hard-hitting but it is only because we have become so accustomed to the pervasive cultural dogma of self-affirmation and self-fulfillment. Several chapters will address the paradoxes and tensions of the Christian life in an attempt to bring clarity about the nature of Christian humility and how we should view ourselves as Christians.

This book seeks to offer hope. A movement that claimed to offer power turned out to be powerless, and the only solution is in the power of the gospel of Jesus Christ. As Christians, we must continue to live in light of the gospel by which we were saved. Chapter 8 will delve into the great doctrine of justification by faith which is tremendously relevant to how we live our lives. When we live in light of the gospel, it creates a radical new dynamic for confident Christian living…

Thank you for obtaining a copy of Positively Powerless. I hope it will give you a new or heightened awareness of how positive thinking has been harmful to the Christian faith. Throughout the book, I have been evasive about current Christian ministries and individuals. Instead of telling you what to think about the teachings of a specific author or pastor, I hope it will help you exercise personal discernment with any Christian material to which you expose yourself. Are you being encouraged to fix your thoughts on Jesus, or is it just giving you more of yourself? As the author of Hebrews implores: “Therefore, holy brothers and sisters, who share in the heavenly calling, fix your thoughts on Jesus.” (Hebrews 3:1).

Thou shalt not be negative.

A vast movement of positive thinking took the twentieth century by storm and engulfed every area of our lives—including our churches. Put simply, positive thinking became a part of what it means to be an American.

But should it be part of what it means to be a Christian?

L.L. Martin exposes the eye-opening history of this movement, documenting its roots in occult, mystical, and Eastern religious ideas. Though Christianity came under its power, the two philosophies stand in stark conflict. As a result, Christ was dethroned and the self was made sovereign, rewiring our minds and weakening our faith.

This practical book, immersed in Scripture, seeks to reestablish you in a God-centered life.

• Learn to live in the grace by which you were saved.

Positively Powerless will help you detect the false gospel of positivity and reconnect to your true source of power: the gospel of Jesus Christ.

L.L. Martin has an MA in biblical studies and enjoys adult Bible-teaching ministry. The Martin family resides in Greenville, South Carolina, where their heart for hospitality has led them to host numerous international students.