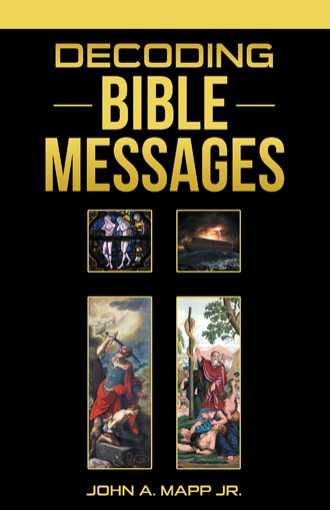 A long time ago in the land of Israel, an innocent man in the prime of life was led up the side of a hill to die a sacrificial death. He had led an interesting life. The circumstances surrounding his birth were especially unusual. He was miraculously conceived, and his parents had been visited by an angel who foretold the event. The Lord even provided the surprised parents-to-be with a name for the child.

Now, as he strained under his wooden burden, this man trusted completely in his father and subjected himself to his father's will. He was to be laid upon the wood, pierced, and slain as a sacrifice.

But it was not yet Isaac's time to die, for an angel stepped in at the last moment and stayed Abraham's hand. This event must have perplexed Isaac. But little did he realize the remarkable way in which the defining moments of his life resembled defining moments in the life of the Messiah, who was to come some two thousand years later.

The events recounted above are taken from Genesis chapters 17, 18, and 22. However, their resemblance to the gospel accounts of Jesus's life is striking. It seems God had much more in mind than testing Abraham's faith. By working through the events in Isaac's life, God presented His redemptive nature in a prophetic portrait of Jesus Christ.

To Christians, Jesus of Nazareth is the pivotal figure in human history. The entire Bible is about Him. Passages in the Old Testament forecast His life. In some Scriptures, references to Jesus are clear. In others, biblical writers relied on symbolism to foretell Jesus’s time on earth.

In his book Decoding Bible Messages, author John A. Mapp Jr. shines a laser on the Old Testament. Mapp provides numerous examples to bring Jesus out of the symbolism used by Old Testament writers. Passages that, at first look, seemed to have nothing to do with Jesus take on new meaning. For example, Mapp explains how the manner in which the Passover lamb was slaughtered is a symbolic portrayal of Jesus’s crucifixion. Through Mapp’s research, you’ll discover the Old Testament is truly a hologram of Jesus Christ.

Decoding Bible Messages provides a new perspective on the Old Testament. Learn to see Jesus on every page, and in the process, gain a new appreciation of the inspired nature of the whole Bible, plus a deeper revelation of the sovereign hand of God.

John A. Mapp Jr. is a graduate of Hampden-Sydney College in Virginia. He received a master’s degree in business administration from the College of William and Mary. A retired systems analyst, he and his wife, Kathy, have two adult children and a grandson. They live in upstate South Carolina.