Remember Not to Forget 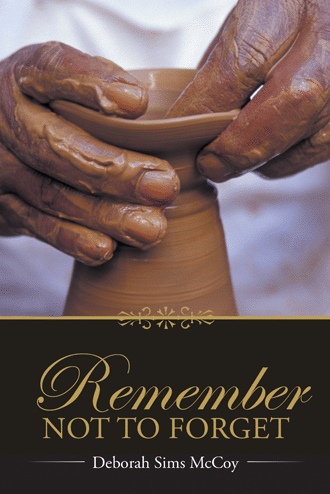 Hear and Do – Be Diligent

Our time on earth is brief. Yet, have you stopped to consider what percentage of your time you spend on things of eternal significance? In Mark 4:19 Christ said, “. . . and the cares of this world, the deceitfulness of riches, and the desires for other things entering in choke out the word, and it becomes unfruitful.” In verse 20 He goes on to say, “But these are the ones sown on good ground, those who hear the word, accept it, and bear fruit; some thirtyfold, some sixty and some a hundred.”

Is your walk with the Lord obscured by day-to-day responsibilities and activities? To whom or what do you give the greatest share of your attention? When you live in tune with eternity your focus changes from how much pleasure you can get out of life. Instead, your focus becomes how much pleasure your life can bring to God. Printed on a small piece of paper and displayed prominently on my desk is the phrase, “What have I done for Him lately?” I coined that phrase from a story told in the Book of Luke.

In Luke 2:41-49 Joseph, when Jesus was twelve years old, Joseph, Mary and Jesus had journeyed to Jerusalem to the Feast of the Passover. When they departed from Jerusalem, Joseph and Mary were separated from Jesus but believed Him to be among those travelling with them. When they had traveled a day’s journey, they realized that He was not among them and they doubled back to find Him. After three days they found Him in the temple and Mary scolded Him because they had sought after Him anxiously. Jesus replied, “Why did you seek Me? Did you not know that I must be about My Father’s business?”

• Cultivating a habit of being alert to opportunities to make Christ known to others.

• Presenting yourself approved to God.

• Being a worker who does not need to be ashamed.

Diligence in such matters will nurture spiritual growth directing you toward earthly living worthy of heavenly rewards. You will be positioned for God to use you as a great influence for His kingdom.

Remember Not to Forget, was borne from the author’s heartfelt desire to put into operation her spiritual gift of exhortation. Thirty-four scriptures in the King James Version Bible use a form of the word exhort; whereby, New Testament writers exhorted believers to live in ways pleasing to the Lord.

The author introduces the reader to a collection of scripturally based exhortative messages. These brief messages are the canvas on which the author paints a compelling journey of practical application of biblical precepts and principles, placing the reader on a pathway vibrant with the promise of spiritual growth and blessings.

Thought provoking and challenging, these exhortations provide spiritual equipment for everyone; for the curious seeker, for the “babe in Christ,” and for those who have been on their journey with the Lord for some time. Nestled within each message, the author provides a unique dimension of transparency by sharing profound and impactful passages taken from her personal journals. As you encounter these messages, you are destined to be engaged and inspired. You are destined to be exhorted.

Deborah Sims McCoy is a native of Hartford, Connecticut. She credits her childhood Sunday School lessons and the spiritual guidance of her grandfather as the foundation for her enduring faith in God, which sustains her today, in her service as a lay-person in the Body of Christ.

Deborah’s heartfelt desire to lead a life of diligence toward those things which are of eternal significance has afforded her many opportunities of service in a variety of ministry capacities; teacher, altar counselor, baptismal assistant, and care pastor, to cite a few.