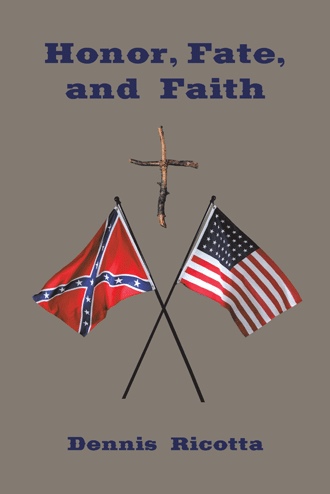 Morning came and so did trouble. A few of Culpepper's “friends” came into the office to see what was going on. Matthew had gone off to get some food, and John was checking on the horses, leaving Luke alone in the jail as the two men came in. Luke told them to leave explaining that the Marshal was coming to handle matters.

The men left but went around to the back of the jail. There, they quietly called out to Culpepper. “Sheriff, what's goin’ on?”

“It seems there was a misunderstandin’. We was jumped by this renegade soldier. Thinks he is some kind of hero or something. Has something against my cousin here from when they served together.”

Dan, one of the men, asked the sheriff, “What can we do to help?”

“You need to break us out quickly before his partners come back. Git in there and draw on him now.”

Luke, thinking it was Matthew and John returning, didn't look up as the two men rushed into the jail, guns in hand, and took him by surprise. They freed Pike and the sheriff. Culpepper grabbed Luke and started to beat on him with his gun. Just as he started to put it to Luke's head, Pike stopped him saying, “No gunshots, we need to git out of here, now. And know this, Luke, I'll be huntin’ you down.”

With that, Culpepper struck Luke over the head with the gun butt, and he collapsed on the floor. The four men ran out the door, heading for the corral and their horses. John, coming out from behind the barn, spotted Pike and Culpepper. They saw him too and started shooting. John ran for cover but not before a bullet hit him in the thigh. Fortunately, it passed through the flesh only, and he was able to make it behind the corner of a building next to the corral.

From this vantage point, he held his ground and fired back. This prevented Pike and Culpepper from getting into the barn and to the horses. As Pike and Culpepper were pinned down next to the barn and needing to get inside, Dan and his partner watched this unfold from the corral and had a change of heart. Dan told his partner, “We don't need to git shot, I'm a’thinkin’ it be best we be gittin’ outta here.”

With that, the two disappeared. Just then, Matthew rounded the building and spotted John, who yelled to him, “Don't let them get to the horses! Go around the other side and keep them from goin’ in.”

Matthew moved quickly as John gave him cover fire, but it was too late as Pike had made it inside the barn. Luke’s voice was heard, “Hey, Sheriff, didn’t hit me hard enough. I guess I'll hafta shoot ya.”

Culpepper looked up to see Luke coming from the walkway. As Luke started toward him, Culpepper drew down on Luke, but John put a bullet into him. Culpepper went down writhing on the ground obviously in much pain.

By now Luke, had reached the entrance to the barn as Pike came out. As Pike started to mount his moving horse, Luke grabbed his leg and pulled him from his saddle. Pike started for his gun, but Luke kicked it out of his hand. Quickly getting to his feet, Pike pulled out a knife. Luke also drew his own knife, and the two faced off.

Matthew arrived, with John limping behind him, and John started to level his gun at Pike. Luke yelled to him, “No, John, this is my fight. This should never have got this far. I shoulda took care of this when it happened. Let me get this done one way or the other.”

Pike expressed his feelings too, “Brave talk, half-breed. Let's see how you do up against a white man. Good with the rifle but let’s get this done man to man with just these blades.”

Luke stared into Pike's eyes and told him, “You’re a coward, Pike, and you been mean all of your life, and I’m gonna cut the mean right out of ya.”

Pike lunged at Luke, and Luke sidestepped but not fast enough. Pike’s blade caught Luke along his side. Luke grabbed his side as Pike turned and came at him again. This time Luke dodged him and swung his knife, only to be pushing air.

Pike laughingly gave Luke a dig, “You move good, but you ain't gonna be movin’ at all when I git through with you, Boy.”

Pike came down on Luke with his knife, and Luke grabbed his hand. At the same time, Pike grabbed Luke's knife hand. They pushed at each other with each trying to turn the other. Pike was not only the taller but also the stronger of the two. He tripped Luke up, and they both went down but the momentum gave Luke a chance to put his foot in Pike's belly, flipping him over and away. Here the quickness of the smaller man came into play as Luke rose up ready for another round.

Pike was getting frustrated. Trying to make Luke angry, he said, “Come on, Luke, come on. Come git me, half-breed, you ain't man enough, Boy.”

Luke stood about five feet from Pike when all of a sudden Luke put both hands down to his side and didn’t move. It was as if he were in a trance. It seemed his Indian brothers had taught him a thing or two. Luke steadied his body and focused his mind. Pike stared at him but only for a moment. Thinking this was his greatest opportunity, Pike lunged at Luke. Luke dropped to his knees just a fraction of a second before Pike reached him and came up with his knife, driving it into Pike's belly. Time seemed to freeze for a second, then Pike fell on his side.

As Pike lay dying, Luke looked him in the eyes and said, “I wish I could hate you, Pike, but I'm a’feelin’ only pity for ya. I pray that God has mercy on your miserable soul.”

As John limped over, Luke said to him gently,“It won't heal your pa, but at least he won't have to live in the pain of rememberin’ and not knowin’ what happened to him. I’ve done the right thing now.”

With that, the fight was over, and Pike lay there as his lifeblood left his body. 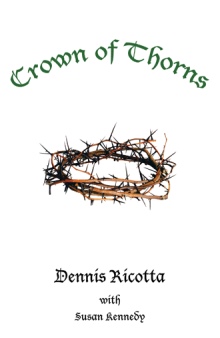 Leaving a loving wife and children to go to war is a difficult decision. Fighting for the better good, however, will drive that decision.

Crippled by a bullet, Mason Caldwell returns home. Family will be only part of his healing. People he meets and adventures he experiences bring him strength, peace, and deeper faith in the Lord he loves.

For the farm to flourish, Mason must rely on his son Mark. John, the adventurous younger son, finds a niche in law enforcement with a friend he meets on the streets of Crockett. Daughter Jennie finds true love in someone other than a cowboy. Who else is there in Texas besides cowhands or farmers?

The local sheriff, however, has a quarrel with Mason, and things get very tense as this relationship comes to a head. A soldier enters the life of “Captain Caldwell” who needs to right a wrong from the time Mason was shot. A half-breed, Luke has also had a hard life, but love from a crippled girl may just be his redemption.

As these folks move through their lives, sharing their respect not only for each other but for all humanity, we will see their faith crowned by love from their hearts and grace from above.

DENNIS L. RICOTTA is a native of Southern California where he had a varied occupational history before finding his calling as a music editor in the motion picture industry. As a private pilot, he promotes the Christian lifestyle as a member of Pilots for Christ. He also partakes in several Bible study groups, sometimes as student and sometimes as facilitator.

Dennis has two sons and three grandchildren. He lives with his wife, Janice, in La Quinta, California.