The Voice of Creation 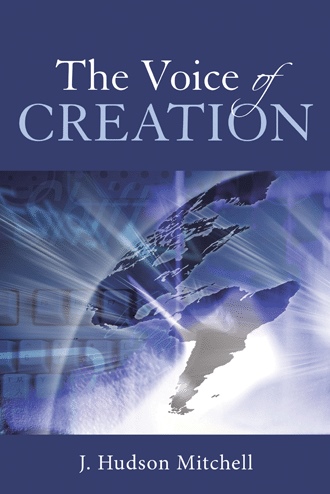 “In the beginning God created the heavens and the earth. Now the earth was formless and empty, darkness was over the surface of the deep, and the Spirit of God was hovering over the waters” (Genesis 1:1-2).

The greatest controversy about the Genesis creation story is the making of the world as it is today in six literal days. The creation narrative in the Bible is absurd to those who are proponents of scientific data as revealed to them by fossils. But in the first and second chapters of the book of Genesis, God revealed himself as the creator of heaven and earth as well as all living things. As the Creator, God planned and streamlined the universe to function efficiently above, below, and around the surface of the earth for the benefit of man by keeping the environment suitable and comfortable for man’s existence. He created the world in six literal days. He spoke His blueprint that he had already prepared in His mind as He is The Word. He is also the great “I AM” so whatever He spoke came about instantaneously. He had words for everything in His mind. By experience, nobody can build anything without the word for it or he would not know what he is doing. But God is omniscience (all-knowing), omnipotent (all-power), and omnipresent (all-present).

The Bible is really accurate to those who believe that the Scripture is the word of God. Along with the belief in that book is the assurance that God is the Creator of heaven and earth. What is happening is that the “six days of creation” story is used by Atheists as an excuse to ignore God. They also aim to discredit and dishonor God and wipe out faith in Him from believers because of what is written in the first two chapters of the book of Genesis. But the Bible is the Word of God. The Word of God is the spirit that gives us life. Life is more precious to God than anything else in the world because He is life himself. God emphasized in the Old Testament that He did not create and fashion the earth to be empty, but formed it to be inhabited by people who will not die so that He can rule over them as King of Kings and Lord of Lords—he says: “I am the Lord and there is no other” (Isaiah 45:18).

The fall of man was caused by Adam and Eve, the first couple that God created. They were destined to be happy and contented forever with God’s other creations in paradise. But they did not come up to God’s expectation. They disobeyed God’s command not to eat the fruit of knowledge of good and evil so that they won’t die. But they did. They surrendered God’s authority to the serpent who was Satan’s representative. So they were cursed. Therefore suffering and death was initiated. Their descendants followed their leading so that God had to destroy the ten generations that they have propagated except the family of Noah and all pairs of living creatures in Noah’s ark. Satan is relentless and people are still stubborn and sin is continually in their hearts and minds. They walk in the direction toward death and hell. But God had provided a way to save us and that is to believe in the birth, death and resurrection of His Son Jesus Christ who shed His blood on the cross to wash away all our sins.

God had to build a nation of His own to develop descendants who would be responsible to declare to the world that there is a God, the creator of heaven and earth – the one true God who is responsible for the current time and events that occur in all of His creation until the time when He wants to terminate the present world system and become the ruler and king of a God-saved paradise. And the Messiah was to be born, suffer, die, buried and resurrected in Israel. “For God so love the world that he gave his one and only Son, that whosoever believes in him shall not perish but have eternal life” (John 3:16).

In the end, all will want to enter the kingdom of God, but not all will be accepted. He will say to the righteous, “Well done, good and faithful servant!” (Mathew25:21). But He will say to the unrighteous, “Depart from me, you are cursed, into the eternal fire prepared for the devil and his angels. . .. Then they will be bound and thrown away to eternal punishment along with Satan, but the righteous to eternal life” (Mathew 25: 41, 46).

Jesus taught that the Kingdom is here. Man is to receive the kingdom. Christians are to proclaim the kingdom. But only God brings the kingdom to its reality and final consummation. “When we all get to heaven, what a day of rejoicing that will be.”

This book is a compendium of insights from sermons and books of great preachers of the Word of God. It illuminates how God created the world in six days following His blueprint. It reveals that man is created in the image of God. It explains the significance of the nation of Israel in God’s divine program. It discloses the origin and effect of sin on all of humanity. It disputes the atheistic opinions of the existence of God. It concludes with the fulfillment of God’s plan as the King of Kings of the combined heaven and earth in the New Jerusalem.

This book was written with the guidance of the Holy Spirit to bring some light to this darkening world. As Perry Como’s song goes: “It is better to light just one little candle than to stumble in the dark.”

This book was written by a woman who loves the Lord Jesus Christ. She was born in the Philippines in August 1945. She obtained her bachelor’s degree in education from Silliman University, Philippines. She worked as a public-school teacher in the rural Philippines before she married in 1984 to her late husband, John Dumont Hudson, from Miami, Florida. She has diplomas in writing for children and teenagers, the Professional Paralegal Program, bookkeeping and accounting and advance medical billing and coding from various institutions in America. She is the published author of two books, Alligator John D: My Testimony and Beautiful Words of Life. She has remarried to Claude Mitchell Jr. She teaches Sunday school and is a choir member at her church. She loves to read Christian and science-related books for her mental and spiritual enrichment. Hence, she has written this book as her masterwork.