A German Odyssey in Rural America 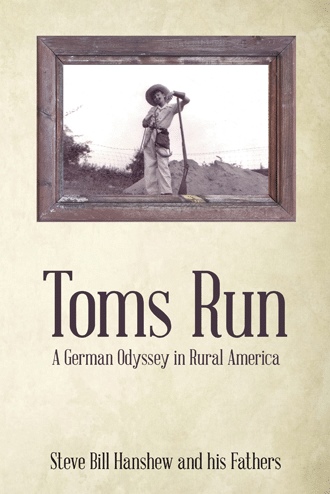 As with most immigrants my family strove to create a family transcending time and wholly unaware of the end result, not only made babies but made a legacy. No books. No counseling sessions. No video courses. Just two people committed to God, themselves and the kids they created. It was a labor of love, but a labor just the same and in typical European fashion they undertook it as a job to be done and done well and not as a haphazard proposition made on the fly. As did most of us I came from such a family, although so far removed from the moment of American conception that it’s barely remembered. Had it not been for my Great Grandfather, Grandfather, and Father’s faithful record, I would have remained largely ignorant of it, representative of a generation lost to their roots. My family is not the perfect family, if that exists at all, and has had its fair share of troubles, occasionally taking time to smooth the sharp edges off like a carpenter’s plane to a rough piece of oak. And their struggle is a real life story unvarnished and historical, chronicling a time vastly different from ours, never mincing words or compromising reality to hide the more distasteful aspects. They accepted the good equally with the bad and learned from day one that there were no guarantees. Not unlike us, they lived under a cloud of uncertainty albeit without a safety net and no one in the Land of The Free assured them freedom from the common vicissitudes of life such as premature death, economic catastrophe, and the word entitlement wasn’t a concept they understood or embraced. They had no expectations other than to live as a free people serving an Omniscient God, finding little fault with their adopted country when things didn’t go right or jump like a bull frog off a hot rock to affix blame to the blameless for their own errors in judgement. My curse, if you can call it that, is one of trying to make sense of things purposely muddled with intention to confuse our own sensible nature as to what used to be rational. To me it sometimes seems as if the magnet fell out of the compass, the needle spinning aimlessly about with little sense left of home.

The late Pastor J. Vernon McGee once said that two distinct institutions given by God to man are marriage and human government and further remarked in his distinctly Texas drawl, “When these are broken, a society will fall apart, and this my friends is why the home is the backbone of society.” The good pastor stated the obvious but I have found what used to seem obvious has been nearly erased by a wave of absolution sweeping the nation in a furious attempt to rewrite America into a place where insatiable lusts trump all that used to be considered good and decent. Little of it can make sense since that is the intended purpose. The more confused we are, the more pliant we become to heresy upheld as some specious right soon to be written into the Constitution. Call me an optimist trying desperately not to live life as a realist, vainly looking for a hopeful future – A revival of the spirit. But then again, hope is strong in my family. So I have hope for this nation because my immigrant family had such hope and like all else, it too is a legacy trait. This is made all the more clear to me since I have a written record verifying a less confused America. Our separation from that America seems so far removed that it now exists as myth. But it was real enough. The America my fathers’ grew to manhood in wholeheartedly celebrated and upheld God’s two great institutions, marriage and self-governance. They understood to the letter that there was good and there was evil and that man left to his own devices often chooses that which is evil. They believed in a God guiding men to the light and offering hope for the lost. They understood the foundational concept of morality and what true sacrifice meant. They understood self-discipline and responsibility. I compare the two worlds and wonder how we got here from there and what we’ve lost along the way. Even though I have hope for this nation, it wanes in light of a people standing on the edge of a precipice, seemingly uncertain whether to step back or step off into space. Stretching back is proven history illustrative of a nation growing to strength and unparalleled prosperity not because of a fortuitous fluke but because of the nature of its people and a spiritual foundation embodied by a representative government more solid than the pyramids at Giza. Unlike a disjointed mass of self-deprecating fatalists and multi-culturalists railing against the wind, it was a nation of hope based upon the better nature of men who exhibited, if only in passing, an acknowledgement of themselves as stewards of a Great Experiment crafted by intelligent design. Looking down from the edge into the future is an unknown world. A world where wrong is right and family is a flimsy concept and not a Holy Ordinance. Purposefully meant to be confused it exists as a twilight zone where all truth is relative and family means anything you want. Populating it are the baser forms of man’s nature full of lust, spite, and vengeance. Its intentions are dark, hope is ephemeral and death seems its ultimate prescription for release. Anarchy is a light word for this place and family means nothing to its nebulous code. In fact, traditional family hinders its unfettered potential for debauchery. Down in this void family as we know it doesn’t exist. The familiar and comforting union of man and woman brought together to generate offspring is detrimental to its cause. The question we as a people must address is do we step off or step back. History as a proven General would command us to retreat from the edge – immediately and without hesitation. Yet here we are teetering over an abyss playing with a lit stick of dynamite as if it were a Majorette’s baton.

History is a sequence of events from the past leading us to the present. Family History is where we came from and how we got here. More often than not those two paths converge and become a composite history we live each and every day, interacting with the world around us. This history forms and molds us into what we become and when we’re gone, how we will be remembered, however fleeting that may be. For a Christian how we interact with the world is defined by Christ and should be a defining feature of our personality. Pointedly, we are to be both “salt” and “light”. Salt preserves and light displaces darkness. This task has never been more difficult as we are slowly enveloped by a culture that preserves nothing good, extols the bad while seeking to snuff out the light. As believers we more and more find ourselves as Christ warned; hated and reviled, just as He was. At some nearly subliminal level I think many Americans feel this void as more and more of our culture seeks to eradicate God and replace it with secular Humanism. They feel the unnatural movement towards anarchy. It can be stopped or at least abated, only if we are willing to look at where we were and how we got here. This book attempts to retrace those steps leading to this amoral abyss.

Steve Bill Hanshew holds a Bachelor’s degree in “Professional Aeronautics” and a Master’s degree in “Flight Operations”. Steve and his wife Donna, also a professional pilot, reside in the rural southwest part of Ohio where they have their own airstrip from which they fly their own airplanes.