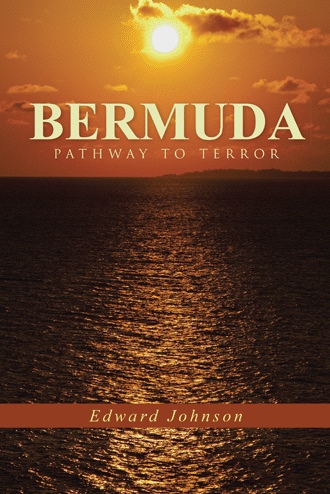 Muhammad Akbar Zawarhi thought about the time he had left his meeting with Osama Bin Laden, pleased but a bit shaken. The last time Zawarhi had met with him, Bin Laden had been in good health and clearly in charge. This time, Bin Laden looked extremely frail, as if each breath would be his last. Still, Bin Laden commanded the same respect and had the same authority as he had in their previous meeting. He confided in Zawarhi that he was soon leaving Tora Bora and relocating to a compound near Islamabad, where he would be able to receive better care for his medical condition.

As personal envoy of the President of Iraq, Zawarhi had last met Bin Laden four years earlier, to discuss Iraqi support for Bin Laden’s terrorist activities against the United States and its interests abroad. He had pointed out that the reputation that Hussein had of not getting along with Bin Laden would work well in their favor.

This time, with Saddam Hussein dethroned and captured by the United States military, and hanged by the new Iraqi government, Zawarhi was acting on his own. With the Coalition attack on Iraq, Hussein was not the only one who lost power. Hussein’s supporters were being captured nearly every day, even though they moved from one location to another at night, in order to evade capture. No longer part of the power base in Iraq, Zawarhi was on the run. After months of planning and executing terrorist attacks against the Coalition Forces and members of the new Iraqi government, Zawarhi realized the Coalition Forces were getting ever closer to capturing him.

Under cover of darkness, he sneaked out of Iraq, into Iran. In Iran, where he had dependable, helpful contacts, he received financial help and transportation for his journey to Pakistan. He traveled by night through Rawalpindi and Islamabad to a well-guarded home in Abbottabad, where he met with Osama Bin Laden. Zawarhi wanted revenge, and he had gone to the one source he knew could provide him the money and supplies he needed to inflict that revenge on the United States. He had convinced Bin Laden and his top lieutenants that, with their help, his team could get the job done.

Bin Laden had liked Zawarhi’s plan and incorporated it into his plan to hit a number of targets in New York and other cities, over a period of several weeks. By hitting small targets over a period of weeks, Bin Laden planned to instill panic and uncertainty in the people of New York and, ultimately, the entire country. He knew that, by disrupting the normal way of life there, he could put Americans in fear, and they would eventually alter their entire lifestyle. Bin Laden had explained that soon this would so adversely affect the financial network of the United States and everyday life that Americans would flock to the polls in November to unseat Greg Leyland, the President of the United States, the one giving Al Qaeda so many problems around the world. If not, the American Congress would probably take steps to impeach him. Not only would Bin Laden’s plan kill thousands of Americans, but also it would remove his hated enemy from office, further opening the way for easier attacks on the United States. Bin Laden was convinced that another president would not be nearly as tough on his activities as the current one. Bin Laden hated the American president for crippling his network, destroying his training camps in Afghanistan, and keeping him, Osama Bin Laden, constantly on the run.

Zawarhi remembered thinking, “This man understands the Americans and their political system better than most Americans understand it.” He had put together a small terrorist cell made up of himself, Mahmaud Salim, Ahmad Latif Saleh, all experienced terrorists, a new man, Mohamed ben Hafid, and now, with the help of Bin Laden, their contact in Bermuda. Hafid had undergone terrorist training with Bin Laden’s organization in Afghanistan, but had not yet participated in any attacks. He would, however, be their key to access the United States. Zawarhi, knowing that he, Salim, and Saleh would probably be recognized at most entry points into the United States, had developed a plan to gain entry without having to go through United States immigration. He believed his plan was foolproof, and Bin Laden had concurred. Of the group, only Zawarhi knew the final details of the plan, and he would inform the others, when they met in Bermuda. In the meantime, they would continue to do what he had ordered them to do, preparing themselves for the mission. Zawarhi would soon repay America for ruining his life of power and wealth.

Dr. Michael A. MacManus, a former army intelligence analyst and Arabic linguist, is an internationally known expert on terrorism and the Middle East and ad hoc advisor to the director of Homeland Security and the president of the United States. In high school in 1969 and early 1970, Mike dated Jan Friedman, reared in an orthodox Jewish home. The two, very much in love, lost contact with each other for over thirty years when Jan’s family relocated suddenly to New York in the summer of 1970.

Early on a Tuesday afternoon in May, about to board a cruise ship to Bermuda, Mike and Jan meet. Mike recognizes her immediately, and after he introduces himself, she recognizes him. As they become reacquainted, Mike, a devout Christian, finds himself falling in love with Jan all over again. Mike understands the Biblical ban on “unequally yoking” oneself with someone who is not a believer.

In a restaurant in Bermuda, Jan and Mike overhear a conversation between four members of an Al Qaeda cell, three of whom Mike recognizes. The four are discussing their plot to smuggle four dirty bombs containing VX nerve gas and detonate them in New York Harbor.

Bermuda-Pathway to Terror tells of their attempts to capture the terrorists and thwart the attack on New York.

During his twenty-plus years in the army, Ed served a number of years in the Army Security Agency, an intelligence organization. Because of his interest in Bible prophecy and current events, Ed has studied terrorism as it unfolds throughout the Middle East and around the world and its effects on the United States and Israel in particular. His travels, military service, and study of terrorism are rich sources of information for Bermuda-Pathway to Terror.