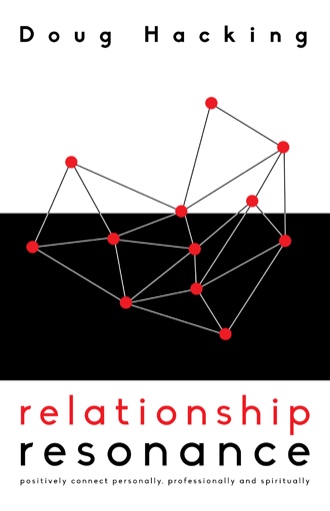 Most of us, swimming against the tides of trouble the world knows nothing about, need only a bit of encouragement—and we will make the goal.

In 1983, Jim Valvano led a group of ordinary basketball players to a nine-game winning streak that ended in perhaps the greatest basketball victory of the twentieth century. If Valvano’s team had lost any of those nine games, its season would have abruptly ended.

During that famous run, Valvano’s team was dubbed the Cardiac Pack because in most of those matches, they were losing with under a minute to play. In the final game, for the championship, the team made the winning shot with one second remaining.

Valvano’s team made the clutch shots where the competition failed. His players believed in themselves through every adverse situation; they never gave up even when winning appeared to be out of reach.

Midway through the streak, the opposing team was already celebrating its victory on the sidelines with little time remaining. The celebration suddenly turned into shocked disbelief when the Cardiac Pack won. Fifty million viewers of the championship game shared that shock when David slew Goliath in an outcome no expert could have predicted. Valvano’s team beat a group of five ultra-athletic superstars dubbed the Five-Slamma-Jamma led by a literal giant and the MVP of the tournament.

The only people who knew they would win that day were the members of the Cardiac Pack and their coach. They had practiced the traditional victory ceremony of cutting down the nets several times prior to the championship game.

From day one, Valvano pumped his players full of encouragement in the form of positive affirmation, enthusiasm, smiles, and hugs, some would even say in an excessive manner. The other coaches in the league thought Valvano was overly enthusiastic, and they criticized him for it.

But Valvano believed in his players and let them wholeheartedly know that at every opportunity. His players in turn believed in themselves and achieved legendary greatness. That’s the power of encouragement! And with a little help, you’ll soon be cutting down some nets of your own.3

The Cardiac Pack’s success exemplifies proverbs 18:21, “The tongue has the power of life and death, and those who love it will eat its fruit.” Valvano’s words inspired his players to overcome immense adversity and achieve greatness. The assistant coach has said that Valvano’s pregame pep talks took his players’ abilities to new levels. He spoke life-giving words to his team when everyone else was saying his players were dead in the water.

Valvano never considered or planted the seed of a scenario in which his players missed shots. When the games were hanging on the outcome of a free throw by one of Valvano’s players, he always gave instructions for what to do after the shot was made. He would make statements such as, “Okay, after we make this one, here’s what we do next.”

I ask you, what are your words doing? Is your tongue building people up or tearing them down? Are you planting the seeds of success or failure? Are you pouring courage into those around you, encouraging them, giving them the power to think, speak, try, and do things without fear? Are you letting them confidently take the last shot with the game’s outcome hanging on the result? Or are you draining courage from people, discouraging them, paralyzing them to not think, speak, try, and do things because you’re sure they’ll fail you?

Relationship Resonance is a two-part system, composed of the EQUIP model and Personality Matrix, aimed at helping you to make a positive impact on any or all of your relationships. It will provide the tools to help you connect with people in a way that is meaningful and remembered. You will learn actions that help to bring out the best in yourself as well as others.

Doug Hacking received a doctorate of pharmacy from the University of Oklahoma in 2000 and a master’s of business administration from the University of Central Oklahoma in 2005. He is a former pharmaceutical sales representative and works as a pharmacist, adjunct faculty, and relational consultant. He has over fifteen years of professional teaching experience and has devoted over twenty years to researching, practicing, and creating his Relationship Resonance system.

Dr. Hacking is a recent recipient of the University of Oklahoma’s Outstanding Preceptor and the CVS Health Paragon awards. Doug resides with his wife and three children in Edmond, Oklahoma, where he attends and serves LifeChurch.