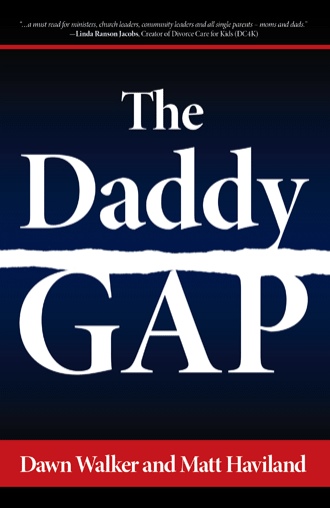 My heart was in my throat as I watched my six-year-old son catch sight of Jordan, a young man at our church who always went out of his way to give him attention. He broke into a run and jumped up into Jordan’s arms in a big bear hug. I was glad he was there for support, knowing the Children’s Pastor and I were getting ready to share some difficult news. As we sat down in a little circle, I resisted the urge to hold Ethan in my lap.
Pastor Jim spoke first.
“Ethan, can we talk to you for a few minutes?”
Ethan nodded obediently.
Jim began by telling him a story about a boy in our church whose father had gone to jail. As he was speaking, I noticed that Ethan was sitting very still, completely focused and attentive, which was unusual for him.
“Ethan, I’m afraid I have some hard news. Your dad is in jail.”
My eyes were riveted on his face as he received the words that I knew even his brave little heart would be deeply wounded by.
“How does that make you feel?” Jim asked gently.
“Sad.”
“Yeah, I bet it does.” Then the kicker. “Do you have any questions you’d like to ask?”
Without missing a beat Ethan nodded solemnly.
“Who’s going to take my Dad’s place?”
There was something in the innocence of that little boy question that caught us all off guard. No one spoke for a minute or two as we blinked back tears. Finally Jim spoke up and told Ethan that he had a Father in heaven who loved him more than anything and would always be with him.
“Do you have any more questions?”
Ethan shook his head. None.
Jim asked to pray for him, and he held out his little hands for us to hold on to.

Upon hearing the news that his father has gone to jail, a six-year-old boy poses the question of this generation:

The Daddy Gap takes an uncensored look at the distress so many fatherless families are in and provides desperately needed answers about how God responds to this question and how the Church should as well. Dawn Walker and Matt Haviland build a compelling case that not only are single parent families the “widows and orphans” of this generation, but that it is the Church, not the government, that should be responsible to care for them.

Drawing from their own journeys as single parents, Dawn and Matt give heartfelt encouragement to these often marginalized families by sharing how God really sees them, loves them, and wants to heal and restore them. Full of rich insights and lavish grace, they also offer some hard truths about what redemption and restoration really require. Most importantly, they clear a path to help all wounded sons and daughters discover the Father they’ve always wanted and who has always wanted them.

Dawn Walker is the founder and director of Single Parent Missions and author of Hope Notes, daily encouragements for single parents read by subscribers worldwide. Dawn has been a speaker at single mom’s conferences in several states, including Survive N Thrive and Overflow, and is passionate about obeying the call to “go and make disciples” near and far. Dawn’s home base is Grand Rapids, Michigan, where she lives with her son Ethan and refuels with Italian food, football games and retreats to the beach. To find out more, visit singleparentmissions.com.

Matt Haviland is the founder and president of A Father’s Walk, a ministry dedicated to keeping single dads engaged in the lives of their children. Matt is the author of A Father’s Walk: A Christian-Based Resource for Single Fathers and the cofounder of the Grand Rapids Single Parenting Expo. He lives in his hometown of Grand Rapids, Michigan and is a single father to a beautiful and amazing daughter. In his free time (if there ever is any), Matt enjoys working out, golf, and almost all outdoor recreation. For more information, please visit afatherswalk.org.