Life from My Perspective 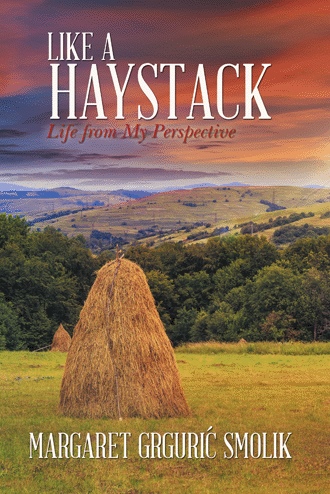 Holiday Celebrations Old Saint Nick and the Devil In Austria in the mid 1940s and early 1950s, one day in particular brought hope and fear into children’s hearts…December 6, the Feast of St. Nicholas. Late in the afternoon as dusk set in, children anxiously anticipated the coming of St. Nicholas and his companion. A jingling of chains announced their arrival and our hearts began to thump. We peeked down the long hallway and watched their progress as each family came out to greet them. St. Nicholas was tall and stately, dressed in long, flowing robes and a hat like a bishop might wear. As he passed out gifts he patted the children on their heads and praised them for being good. However, St. Nicholas was accompanied by the devil. The devil, called Krampus, was dressed in black and his face was smudged with coal dust. His long tail and pointed ears made him look fearsome. He carried a sack of coal and a chain that rattled as he dragged it along behind him. He was on the lookout for naughty children to whom he gave chunks of coal or whom he scolded. Sometimes, he picked up a child, put the child under his arm, and walked off. The child screamed with fear until the devil let him go. After St. Nicholas and the devil had visited everyone and left, families settled in for a quiet evening, and the children, no doubt, promised themselves to be especially good for Christmas.

Christmas Preparations for Christmas in my family were simple and started just a few days before Christmas Eve. Dad or Grandpa cut down a tree from a nearby forest and set it up in the bedroom. We decorated the tree with paper cutouts like stars and snowflakes and three-dimensional baskets that Mother taught us girls how to make. If we had apples in storage that were usable, we hung them with string tied to the stems. Finally, we attached real candles in metal holders and lit them every evening for a short time. The tree stayed fresh in the cold unheated bedroom until January 6, the Feast of the Three Kings, or Epiphany. Christmas Eve after supper was quiet family time. First we opened whatever gifts there were. I think I had only one doll throughout my childhood years, but I don’t remember even that very clearly. Afterwards, we spent the evening playing games with walnuts and hazelnuts. Each person got two or three walnuts and six or eight hazelnuts. The game with the walnuts was called ćuću-bert (choo-choo/bert). The flat end of the nut we called ćuću, and the pointed end we called bert. Mom or Dad started the game by holding a walnut in one fist so no one could see it and asking another person “Ćuću or bert?” The other person had to guess which end of the nut pointed upwards. If the person answered correctly, the person got the nut to keep and then it was that person’s turn to ask someone else the same thing. If the person guessed wrong, he or she had to give a nut to the questioner, and that person would continue to ask others. The game with the hazelnuts was called cipar-nepar, or even/odd. Because hazelnuts are small, even I at age six or eight could hold several in my fist. The goal was to ask another person if I had an odd or even number of nuts in my hand. If the person was right, I had to give a nut; if the person was wrong, I got one. At the end of the playing time, the person with the most nuts was the winner. After that, we often attended midnight Mass. On Christmas morning, we went to Mass if we had not gone the evening before, and then we ate a late breakfast which usually consisted of a meat dish made with pork hocks that we called sulz. In the afternoon we popped popcorn or roasted chestnuts and enjoyed the warmth of the wood stove late into the evening.

Easter Easter holiday was a big deal when I was a child; it was one of the biggest celebrations in the liturgical year and focused on Christ’s resurrection and the arrival of spring. We took more care than normal to dress appropriately for church, and if my sisters and I were given new dresses during the year, this was usually the time. Since I was the youngest girl, I wore my sisters’ hand-me-downs, but occasionally I got a new dress too. Easter Saturday was filled with activity. While Mother began preparations for Easter dinner, we girls cleaned and put everything in order. The most important “job” was to prepare for the coming of the Easter rabbit. Each of us had her own nest made of grass. We picked new shoots of grass wherever we could find them. When spring came early or when Easter came late, picking enough grass was easy, but other years the grass simply had not sprouted and we were challenged to find enough shoots here and there to form a skimpy nest. Each of us chose a spot in the kitchen and carefully molded the soft rounded nests to hold the Easter gifts. Like all children, we awoke Easter morning with great hope and anticipation, but our presents were always meager. Once I asked my sisters what we actually found in our nests, but not one of us could remember…perhaps an orange or a piece of candy. I can only imagine how bad Mom and Dad must have felt to disappoint us so often because they had nothing to give.

Like a Haystack: Life from My Perspective outlines the history—the events and the forces—that drove Margaret Grgurić Smolik's family to be uprooted from their ancestral community, Voćin, in north-central Croatia during World War II. It gives the family’s background, describes daily life, and depicts the family’s experiences in Austria after the war. The second part of the book recounts the family’s emigration to the United States and the journey to Iowa. In Like A Haystack, the author contrasts life in Europe and in the United States in the twentieth century. She highlights the endurance needed to survive war, cruelty, and suffering. She explains the tensions from adjusting to new cultures and values. Finally, she portrays people who do whatever it takes to achieve the American dream. As Lynn Haakenson, an English teacher, commented, “This account is a fascinating memoir of the author’s life in Croatia in WWII and her family’s adjustment to life in America.”

Margaret Grgurić Smolik and her family escaped Croatia during World War II and came to the United States in 1952. The author earned bachelor’s and master’s degrees at Drake University, Des Moines, Iowa, and is a longtime teacher of English and writing. She is a certified copy editor and author of several poems published in Lyrical Iowa. Margaret and her husband raised four children. She currently lives in Osage, Iowa.