It was easy for me to believe God, because I could believe my father! 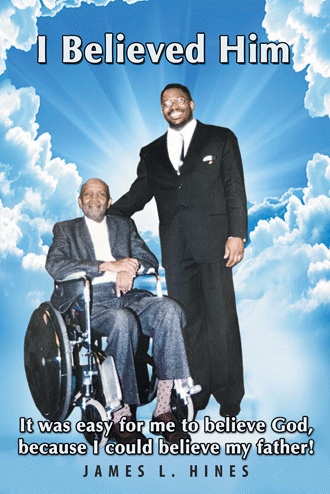 This is a story about a young man who has faith in his father who could not read or write, but pastored a church. He sought his father’s advice about marriage, which turned out to be good advice and yielded the result he was seeking. The young man later hears God direct him to pastor a church, which eventually led to building a new structure through exercising his faith in God. His faith in his earthly father made it easy for him to believe he was hearing God’s voice. This book is called I Believed Him, because I believed God and brought every thought into captivity to the obedience of Christ in four distinct areas of my life: marriage, church, finance, and family. Within each section, I’m going to leave a biblical blueprint using Scripture to show how God inspired me; ordering my steps in His Word to help me create a document that wll enable me to be a blessing to the Kingdom. My desire is to exalt the Savior, equip the saint, and evangelize the sinner.

The book is a blueprint of a story of a young man who desires a young lady by asking God for permission. It takes a turn when the young man becomes a pastor and the young woman becomes his wife. They have children that they raised to be godly. Tragedy strikes their children at different stages of their life. The wife makes a statement that changes the course of the husband life forever. He impacts the community and the church as miracles takes place in the hearts of the church and the minds of the community. We will learn keys as he describes in the book when Jesus makes the statement in Matthew 19:28 “Come on to Me”. He learns that it is an invitation as well as a relocation to discover rest. He goes on to generate wealth in the church body and his family to impact generation to come.

Pastor James L. Hines life changed at an early age of thirteen. Seeing his wife in middle school and asking God for her. Saving money for a family and giving it away to build a church and center for God. Raising a family and building wealth that would impact his family and church for generations to come. This is a story of a God Man.