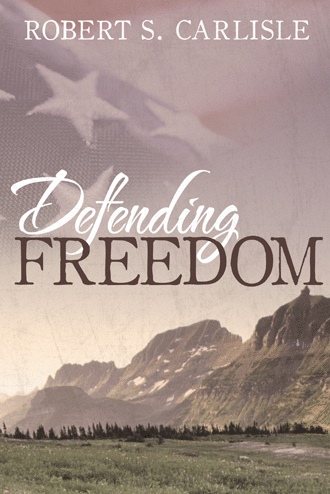 Tom could feel a trickle of sweat run down his back as he stood rigidly still in the sweltering heat. Although it was only the end of May, summer weather had come early to Maryland. The heat and humidity had already claimed a few victims. However, this wasn’t the scene of a military battlefield, but Worden Field, the hallowed parade ground of the United States Naval Academy. Scattered here and there across this field were several midshipmen who passed out from having committed the sin of locking their knees while standing at attention during the Color Parade, the last formal parade of the year prior to graduation. Midshipman First Class Tom Graham, soon to be Ensign Graham, was presiding in front of his company as the Company Commander of 20th Company, a position he literally wore on his sleeve, since his rank was denoted by three slim gold stripes that adorned his parade uniform. His rank and position meant he did pretty well for himself during his tenure at the Academy. Six feet tall with pleasing good looks, steely blue eyes and light brown hair, success always seemed to come easily to him. However, those who knew him well also thought that he could have achieved much more if he only worked a little bit harder.

His eyes quickly swept the bleachers and reviewing stand while he waited patiently for his cue to order his company to march forward. He had no idea where his parents might be, but he did know that they wouldn’t be together. They had divorced years ago, just prior to his entering high school. He and his mother lived comfortably enough during his high school years near Washington D.C. in affluent Montgomery County Maryland. His dad was now living in California in Silicon Valley with his new blonde bride who was half his age. He painfully reflected on the time when he left eight years ago. Robert Graham had made his fortune in one of the many technology firms that lined the I-270 corridor northwest of Washington D.C. However, he wanted to be his own boss and managed to get the backing of a venture capitalist to start his own company in Silicon Valley. Tom’s mom Wendy had no intention of leaving her high power career as a K Street lobbyist so the two decided to go their separate ways. What hurt Tom the most was that he was never part of the equation when deciding the fate of their marriage.

As Tom’s eyes swept the crowd, they met those of Joe Wiseman, who was looking for his son and Tom’s best friend Paul. Paul was standing just behind Tom, towering over him with his six foot three frame. Paul was the ying to Tom’s yang. He possessed his father’s meekness, Joe being a pastor of a small church in Kalispell, Montana. Paul always reminded Tom of a bridled horse, strong and full of energy, but kept under rein and channeled for a particular purpose. As tall and rugged as the mountains of Montana, Paul had a quality about him that Tom always envied despite his own success and popularity. He seemed to accept all whom he met at face value, never judging but always seeking to know each person for who they were and valuing the best qualities about them.

Four years earlier, the two had hit it off the moment they met each other. Tom remembered the day as if it were yesterday. During plebe summer they lived on the same floor of Bancroft Hall, the home of the Brigade of Midshipman. Being the largest dormitory in the United States, this imposing and grandiose granite building made up of eight connected wings is more affectionately known as “Mother B”. Plebe summer consisted of six weeks of mental and physical anguish prior to the start of the academic year. Mornings began with two hours of physical fitness training before breakfast. During the day in the hot and humid Maryland summer, the plebes were ushered from one end of the ‘Yard’ to the other, learning close order drill, basic seamanship, and about what life was like in the Navy. Presided over by the senior class, otherwise known as the Firsties, the plebes were also subject to several traditional rituals. One of these rituals was the “chow call” which is performed prior to any meal. Plebes stood at attention in designated areas of the hallway in Mother B and, at ten and five minutes prior to assembling in formation to march into King Hall, the mids’ mess hall, they would shout at the top of their lungs all the information an upper classmen would need to know such as the uniform for formation, the menu of the upcoming meal, and the duty officers of the day, ending with the warning, “Time, tide and formation wait for no man!”

Tom was racing to reach his spot in the hallway at twelve minutes before noon when he heard from behind him the dreaded words, “Plebe, halt!” He quickly did an about face and looked upon the sneering face of his squad leader. “Let’s have a contest between you and Midshipman Wiseman from 11th Company, Graham. Hey, Wiseman, come here!” Paul dutifully came running up from the end of the hallway. “You two face each other and whoever finishes last will be giving chow calls in front of my room ‘till the end of the summer, understand?”

“Yes sir!” the plebes acknowledged together.

When they heard the clock tick to ten minutes before noon, they both started yelling at the top of their lungs, “Sir, you now have 10 minutes for noon meal formation…” Maybe it was having to stare at a freshly shaven head, a plebe’s standard haircut given to them during Induction Day, or the fact that they couldn’t help spitting into each other’s faces, but the result was the same for each of them. They both burst out laughing and couldn’t finish the chow call if their lives depended on it. For the rest of the summer, they gave chow calls in front of Tom’s squad leader’s door. Nothing helps build a stronger bond than adversity, and since they both faced the same threat every day, three times a day, they naturally formed a friendship that lasted throughout their four years together.

Providence smiled on this friendship as well, since following their plebe year, they were placed in the same company. This allowed them to be roommates, and there was hardly a weekend when the two wouldn’t be out together. However, this relationship also seemed to defy logic since Tom was known to enjoy all that the world had to offer, while Paul was known as the dutiful pastor’s son. Their classmates used to joke about Paul being Tom’s guardian angel. On more than one occasion, Paul would miraculously save his friend from some idiotic stunt he would try to pull in a drunken stupor and get him tucked in safely back in the bowels of Mother B. However, Tom rewarded his friend by helping him academically and due to his tutoring, Paul was able to graduate high enough in his class standing to fulfill his dream of becoming a naval aviator.

Defending Freedom chronicles Ensign Tom Graham’s journey of faith as he encounters various trials following his graduation from the Naval Academy and reporting to his first ship, the USS Russell, an Aegis destroyer based in Pearl Harbor Hawaii. And Paul, a naval aviator, shows Tom through his life’s example what it means to discover freedom from sin through a life centered on Jesus Christ. Two women enter Tom’s life and show him the true meaning of love: Elle, his girlfriend whom he meets during his initial training in Newport Rhode Island, and Terri, his best friend Paul’s fiancée.

Written for his teenage sons by a retired Navy Commander and ’88 graduate of the Naval Academy, author Robert Carlisle’s first novel takes you on a journey around the world following the events of 9/11. Defending Freedom sheds light on the hardships of life in the Navy during this difficult time in our nation’s history. But it also contains a message of hope to those suffering through life’s difficult circumstances and a treatise on why Christians should always be ready to defend the freedom found in Christ.

“Preach the Word; be prepared in season and out of season; correct, rebuke and encourage – with great patience and careful instruction.” (2 Timothy 4:2)

Robert Carlisle is a retired naval officer and '88 graduate of the United States Naval Academy who served over 20 years in the Navy both on active duty and in the reserves. Over the course of his career, he served as a surface warfare officer on several ships including two nuclear engineering tours onboard the USS ENTERPRISE and the USS NIMITZ. He has traveled around the world and lived in Italy and Spain after being recalled to active duty from the reserves to support Operation Iraqi Freedom. He now works as a defense contractor in the Washington Navy Yard and is a survivor of the shooting tragedy that occurred in Building 197 on September 16, 2013.

Mr. Carlisle met Kim, his wife of over 23 years, during his initial nuclear power training tour in Idaho Falls Idaho. Because of their commitment to God and to each other, their marriage has survived through years of separation and numerous moves to bases all over the US including Hawaii. They have three teenage sons and currently reside in Damascus Maryland.