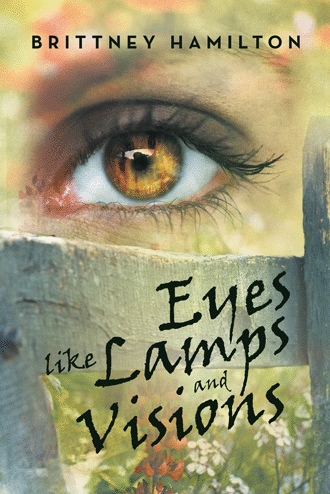 GOD BELIEVES IN YOU

I remember one particular season that had been pin-pricking me with discouragement, mainly because of the further revealing of structures in me that have needed demolition by the wrecking ball of the Spirit. They were in need of redesign. On one particular day, I randomly observed an elderly lady loading her car with groceries and decided to walk over and help her for no reason. We began talking, as she shared her story of coming here from a small country in Europe. Having wealthy parents, she would someday have the privilege of inheriting the family fortune. With joy, she claimed that she had met a man in this European country and had found love. However, the woman’s parents, for an undisclosed reason, threatened to deny her any of the inheritance if she were to marry the man whom she loved and to whom loved her. Despite the threats, she and the young man married, moved to the states with little money, and built a life here. God took care of them and their marriage, for they remained together into old age and made it ’til death do them part‘, as he had died a few years prior to that day we spoke.

I found it to be a remarkable tale of sacrificial love trumping over a more superficial issue of wealth. But the greatest part of the conversation was discussing in the realm of prayer and God’s love. One line, among our exchanged words, spoke to me in the moment. It changed my attitude into joy and calm. Having mentioned nothing about my current struggle of the moment, she told me, “God believes in you.” The words were a reassurance breaking through discouragement. No amount of discouragement mattered upon that reminder. Church service and the songs had not been able to take away my discouragement, but only an elderly voice being used to strengthen me with four simple yet strength-echoing words. They were the only four words that had the power to speak to me in that moment and I say them to all of you now:

GOD BELIEVES IN YOU!

All You Have To Give

I’ve heard the song overplayed year after year and so I am familiar with the tale. Because of its familiarity, I had never cared to think much about the lyrics of The Little Drummer Boy in a serious way. The lyrics are a great reminder that we who come to the Love may not have much to offer, especially to the one true King, but Christ will take what we do have. He can take our hearts. He can take the reins of our lives. In the poem In the Bleak Midwinter, the writer draws on the kind of humility that can be seen with the young drummer and us as believers. The lines read, What could I bring Him, poor as I am?

If I were a shepherd, I’d bring to Him a lamb.

If I were a wise man,

I would do my part,

That is exactly what the Lord wants! David realizes, and is later quoted in Hebrews, that the Lord is not pleased with sacrifices or offerings give to Him without the relationship with Him above everything. It is also the motive or attitude to which something is given. Among the writings of the gospels, Christ acknowledges a poor widow to whom, in a river of wealthy contributors of the temple offering plates, gives what coins she has. She hasn’t much to offer out of her circumstance, yet it seems that she never reconsiders that she may have less to live on. She knows that she hasn’t much to offer, but she offers what she has anyway. Jesus responds,“This poor widow has put in more than all the others. All these people gave their gifts out of their wealth, but she out of her poverty, put in all she had to live on” (Luke 21:3-4 NIV).

Rightfully so, Christ points out that the widow has given more than the others. What is given here in the name of Christ is given to Him to handle and she gives him most of what she has. She wants all that she offers to be handled with pure and trustworthy hands. The widow also seems to understand, as do followers of Christ, that

To have nothing is to possess all,

That to give is to receive. (Puritan Prayers and Devotionals, XXV)

So, what will you offer?

Receiving salvation is one great thing, but it isn't the end of great things. Walking in deeper places and in genuine love with the Lord is meant to be a lifetime journey. Learning the depths of genuine love is a study with no end. Eyes Like Lamps and Visions dances with different expressions of love in both a supernatural bond and even earthly covenants. It walks alongside reminders of personal value in the heavenly realms. After all, love is the most enduring of things. So what better treasure is there to explore?

Full of biblical insight and unique perspective, Brittney is also the author of All the Mortal Idols Abandoned, which she published in November 2010. To be given such precious insights and understanding of the most beautiful kind is one of her greatest joys. Brittney lives in Elkhart, Indiana, and eagerly finds meaning in the little things in every day.