The Rapid Rise of Chinese Transformational Leadership: The Model for the Contemporary Chinese Business Leader (The Study) 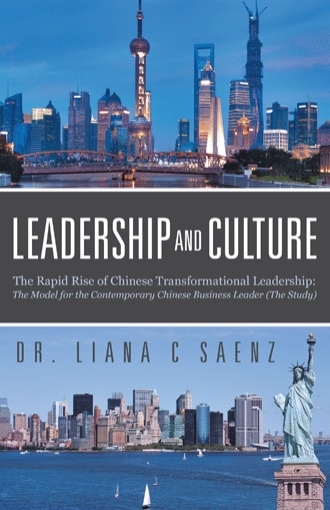 Globalization is no longer a choice of certain companies or corporations; globalization is a trend in everybody’s life. Are you connected to the world? The Internet has changed how we meet people, have conversations, and spend time with others. Our lives are no longer influenced only by the ones closest to our rooms, houses, or workplaces. We are connecting daily with the rest of the world.

As of March 1, 2015, out of the 7.3 billion total people in the world 3.0 billion are Internet users, 2.1 billion are active social media users, and 7.1 billion are mobile subscribers. Further, according to Ericsson's 2015 mobility report the number of mobile broadband subscriptions will increase by 5.4 billion by 2020. As you are reading these lines, there are thousands of new users of the Internet developing new ways to communicate and connect to others. Further, it is without doubt that a variety of new cultures are developing on the Internet as the world becomes a village and the Internet becomes the place where billions meet every day. I dare to say that the eighth continent is not a pile of garbage in some far place or Atlantis. The eighth continent is the Internet, with 3.0 billion or more inhabitants. All of these data illustrate that globalization, like never before, has required that we embrace a higher level of understanding of each other’s culture and values, regardless of our physical location in the world. As we are getting interconnected with the rest of the planet and aim to thrive socially, economically, intellectually, and professionally, it is more than evident that we need to increase our cultural awareness. It does not matter how physically far we are from each other—we as humans want to relate, connect, influence, and transform others.

Is the impact of global communications increasing our desire to extend our frontiers? Globalization has not only affected us socially and culturally; it has had an impact on the world economy as well. Business globalization has caused executives around the globe to aspire to become global leaders with abilities to influence people across cultural and national boundaries and excel at global innovation. Many have noticed, and researchers have recognized it: cultural forces influence many aspects of leadership.

If this is your first examination into the topics of leadership and culture, most likely you would like too know what leadership and culture are. Perhaps you would like to know if you are a leader and, furthermore, understand how leadership and culture relate. Leadership and culture are universal topics that have existed from the beginning of human history and have been studied for centuries. However, leadership is often misunderstood. It’s been confused with management, entrepreneurship, intelligence, knowledge, pioneers, and of course, a title or position of responsibility or power. Moreover, being a leader has been confused with having the ability to lead. Culture has been similarly misinterpreted and mislabeled as ethnicity, diversity, and stereotypes, and a blend between national, ethnic, and organizational culture. Regrettably, the study of culture has focused more on our differences than our similarities.

Leaders should be able to answer questions such as the following: Can we really lead without cultural awareness? How do cultural attributes facilitate leadership influence? Can leaders effectively influence without understanding someone’s cultural values, assumptions, and beliefs? All these questions are absolutely worthy to be answered in the minds of unstoppable globalization. Global leaders recognize the need to develop their cultural awareness to be able to lead in a globalized society.

Globalization is not an option; it’s a trend. It is a fact that building organizations and teams in a multicultural environment can quickly become unproductive where there is no cultural awareness. Culture has an influence on building agreements, establishing productive relationships, developing teams, obtaining information, handling discrepancies, and making decisions.

A leader’s influence is effective to the extent of his or her level of cultural awareness. We have to recognize that we are far from the final conclusions on the topics of leadership and culture as they evolved as humans does; as culture evolved, leadership has to be to fine- tuned and vice versa. Consequently, we must continue researching, observing, and learning from the global cultural behaviors that are facilitating leadership effectiveness in a globalized world.

“Globalization is no longer a choice is a trend in everybody’s life. A global leader without cultural awareness and global leadership skills is not able to lead to his [her] full potential—not globally, not in today’s world.” Dr. Liana C Saenz.

The success of today’s global leaders and organizations depends more than ever before on their levels of intercultural awareness, perspectives on diversity, and correct application of this knowledge. In that sense, global corporations, organizations, and multicultural teams have opportunities to develop strategies that provide better solutions, increase productivity, improve effective communication, build teams and communities, and naturally bring economic benefits.

Global alliances and collaboration will play a major role in all economies in the next century, in particular, between East and West; then, the understanding of Chinese business leaders is probably more important than ever as America’s well-being and security, prosperity, and future are deeply affected by developments in Northeast Asia.

The current lack of literature on the relationship between acculturation and leadership for Chinese business leaders in the United States allows this book and the introduction of the study “The Rapid Rise of Chinese Transformational Leadership: The Model for the Contemporary Chinese Business Leader” a unique perspective and the opportunity to establish a ground based on its empirical findings.

This book provides well-researched insight into leadership, culture and a key economic leader in today’s world: Chinese business leaders, whose influence on the business, social, economic, and political landscapes cannot be underestimated.

Dr. Liana C Saenz’s passion for leadership and culture has been driven by the understanding that all of us were born to lead beyond any cultures or frontiers to achieve our purpose.