The life-altering influence of a mentor 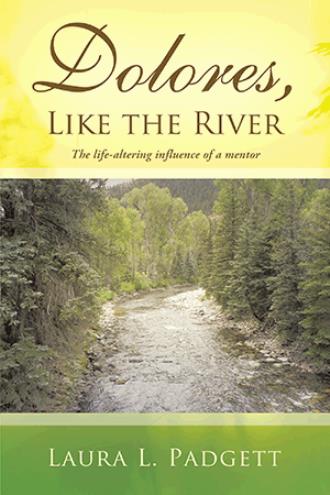 When I was twenty-five years old, I moved from Denver to a town in western Colorado called Montrose. I supposed that, like many my age, I was “finding myself” by running from home. In reality, the motivation for my move was a belief that I could find the internal peace I craved by manipulating my life’s external elements.

While in Montrose, I found a relationship with God through the Lord Jesus Christ. I began a personal faith journey that challenged and eventually dismissed my belief that if there was a God, the chances were slim He would ever find a place in my world or I in His. On my spiritual voyage, I came to understand that I was loved for just who I am. I learned that God wanted a relationship with me. Coming from a family destroyed by alcoholism and abuse, this was not a message imprinted on my sense of self.

The Bible tells us that God loves and accepts us unconditionally. I soon found He does not just talk a good game. He supplies people, here on earth, who live and give His kind of love. He brought a woman named Dolores into my life. Over the next thirty-five years, she extended that unconditional love along with unwavering patience and understanding as I struggled to find my spiritual feet. She endlessly supplied wise instruction for growth in the Lord and provided an example of unflappable integrity. We met when she was sixty-five and I was twenty-six. It was through Dolores that God taught me about self-acceptance, forgiveness, dealing with loss, exposing the lies I believed about myself and others, living in joy, finding my gifts, and using them for His glory.

We were two completely different women. Our age difference of forty years was only one area of dissimilarity. Dolores had had a privileged upbringing and education. I was a kid with little education beyond high school, and I’d been raised by parents who barely scraped by financially and spent most of their extra time and energy on drinking and fighting. She was soft-spoken, even-tempered, and refined in manners. I was a rough and tough, beer-swilling, cigarette-smoking, hard-playing, hotheaded young woman who was more at home in a biker bar than a sitting room. She was a staunch conservative with 1940s values. I represented the liberal girls from the 1970s, with values dependent upon my whims and perceived needs at any given time. Dolores was a woman of faith matured through a lifetime. I had more than a small challenge in trusting a stranger on a cross for something I really didn’t believe in: eternal salvation.

From a human lens, this relationship would be considered unlikely to form let alone last for well over a quarter of a century. It had to be ordained by heaven. This was a master plan by the master planner to teach me about love—the one element that above all will sustain us through time, age, and life’s various predicaments.

It is my prayer that as you follow this story, you will (if you don’t now) appreciate the Master and His great plans, as well as the teachers and mentors He sends to bring those glorious plans to fruition in your life. And when your turn comes to assume the role of teacher/mentor, I pray you will be willing to flow as a quenching, healing, and nurturing river in the life of another.

In a time when the world appears to worship all things youthful, sometimes aging is seen as synonymous with diminished value and purpose. Because of this cultural posture, as older adults, we can be reluctant to accept God’s call to share His truth and wisdom from the lens of an authentic life lived in His care. But accept that call is what Dolores did when she took an assignment to mentor, nurture, and mother a broken young woman who was running from abuse and dysfunction while heading down a road presenting self-destructive choices.


Dolores was sixty-five years old, had raised two children, taught hundreds, and was enjoying peaceful retirement years, with her life’s partner, in a sleepy mountain town in western Colorado. Then she met Laura, who was in her mid-twenties. God had a purpose for bringing these two women together. Dolores recognized God’s plans and committed herself to being Christ’s hands, feet, and heart on the road to turning a hurting, frightened, and angry spiritual refugee into a woman of God, wife, mother, artist, and scholar.


As you follow the narrative of their thirty-five-year relationship, it may change the way you see beauty and purpose in aging. And it may convince you of or reinforce your belief in the God who spares no effort when reaching out to the broken and lost. The blessings to both women are too many to be counted. It is likely that the blessings to the reader will also be too many to be counted.

Laura is an award-winning new author. Her short piece, “Mama’s Ring,” won second place in a writing contest held by Xulon Press in the summer of 2012. In “Mama’s Ring,” she tells the story of God’s grace in offering her reconciliation with her alcoholic mother, after her mother’s death. She has presented this story in the forms of writing, oral storytelling, and dance at various venues around Colorado. She has been a speaker/presenter at women’s retreats, workshops, and dance festivals for over ten years. Her presentations and workshops focus on teaching others how to tell their stories and how to dance in praise, prayer, and worship to the Lord Jesus Christ. She writes a blog called Livin’ What You’re Given and offers stories of encouragement, recovery, and inspiration through the lenses of experience, faith, and humor. Laura earned her Master of Arts degree from Regis University in Denver in May 2009. Her MA is in “Storytelling through Creative Movement.” Laura’s Master’s work produced the book Moving into the Holy, an instructional guide that teaches dancers and non-dancers the value of sacred dance as storytelling, praise, prayer and worship. She is a member of Alpha Sigma Nu, the Jesuit Honor Society, and she is former president of the ASN Alumni Club in Denver. Laura has performed, competed in, and taught Irish step dance. She also has performed and taught Messianic dance, African healing dance, and interpretive liturgical dance. Her students have included all ages from preschoolers to adults. She is a competitive dancer with several gold and silver medals to her credit. She believes that dance is another way to tell our stories. And she finds inspiration for choreography and her stories by traveling the world, as well as by spending time in the Rocky Mountains, especially on the Western Slope of her home state, Colorado. She lives in Montrose, Colorado with her husband Keith. She has one son (Gabriel), two stepchildren (Laurie and Orin), and three grandchildren (Tom, Katie, and Sophia).