A Historical Study of Christian Education 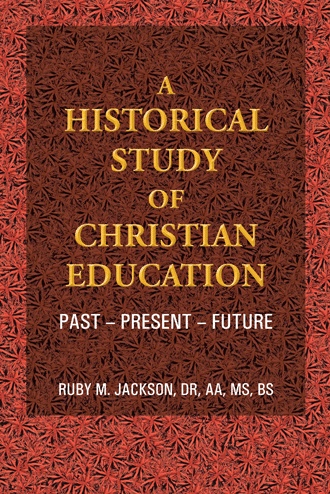 Christian education recognizes the value of family throughout Scripture; it re-affirms the centrality of biblical revelation in the teaching process. It examines Jesus as teacher, mentor, and leader. It recognizes the role of the Holy Spirit and responds to the Great Commission in ministry and refocuses on education for spiritual growth. In this book, I have provided biblically supportive documented views of those persons who influenced or those who were influenced by Christian educational concepts in the process of teaching and learning. The historians referenced in this book do not claim to be theologians or philosophers, but educators with expertise in the area of Christian education. The Old and New Testaments will be used as biblical references, along with other supporting documents throughout this book to illustrate God’s Word and its implication in the teaching and learning of His people. Finally, you will have a better understanding of the true meaning of Christian education in the following areas: •purpose •a historical perspective •instructional process •targeted population •leadership •home

Dr. Ruby M. Jackson is a graduate of Alabama State University and Bethany Bible Theology College. She holds a BS in elementary education, Master of Elementary Education, Master of Learning Disabilities, AA in administration and leadership, and a doctorate in Christian education. Dr. Jackson retired from Alabama Public Schools with more than thirty years of service as an administrator and classroom teacher, former university adjunct instructor. She is currently founder/CEO of McRae & Hall Learning Development Center Inc., education consultant, and radio host guest, motivational speaker, minister of prison and jail ministries and associate pastor at her local church.