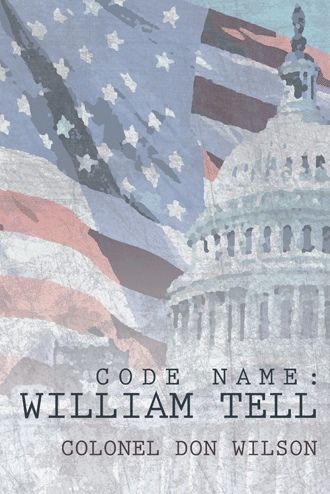 My name is Coward, a less than appropriate name for a professional soldier, but a name to which in my twenty-three years of active duty, let me hasten to point out, I failed to exemplify. I made it easier on my friends, encouraging the use of a nickname acquired in my youth while a cub reporter: “Scoop.” Drafted into the army by World War II, I stayed on and made a career of it. Since my retirement, I’ve made a name for myself by writing military history from the perspective of the common soldier, tipping the balance more toward individuals than do conventional historians. Therefore, my readers have come to call me the soldier’s historian. Unfortunately, some of our past leaders have leaned toward the notion that the military is a weapon, tin soldiers with all the heart, intelligence and sensitivity of smoking pistols to be sent into the meat grinder of war without compunction. By design, my rendition of history, while accurate, is directed toward changing that attitude. So this is my slant, my angle, my literary niche. In this light, as this story unfolds, my particular interest in it will become clear.

While engaged in research on the recent military history of the United States, for what I hoped would be the monumental work of my life, my effort was sidetracked at first and then virtually halted by an overpowering fascination with the exploits of one rather elusive individual. He kept appearing and reappearing with distracting frequency and having an incredible influence on events. I came to regard this soldier with admiration, a heroic figure who personified the very spirit of the citizen-soldier-patriot. This feeling grew stronger with each new exposure in my research. Busy as I was, I didn’t welcome this distraction, and it soon became disturbingly clear that this hindrance had grown into an obsession and my work would proceed no further along the lines I intended until light was cast upon this shadowy figure. Acceding to the inevitable and seeing my kind of angle in the story, I dropped everything to focus my research solely on this mysterious man.

I first stumbled upon him while studying reports from Military Assistance Advisory Groups (MAAG) in several different countries. These reports referred to trouble, problem areas and threats to the mission which worried the writer at the time. However, expecting a solution to be detailed in subsequent reports, it just didn’t happen. These concerns seemed to evaporate without any action by the advisors. Alerted to this sort of situation, I began to look for similar instances in other countries, and the same pattern emerged: serious concerns over matters jeopardizing the mission and then the unexplained lack of follow-up action, as if there hadn’t been a problem in the first place. One reporting officer went so far as to confess that he was mystified by it all, but connected an accidental meeting of an old friend—a fellow officer on a short visit—with the time period when the threat ceased to exist.

I dismissed the coincidence as pretty thin, until it happened again in reports from an altogether different country and the same name was mentioned as the mystery officer by another of his acquaintances. When this avenue of approach in my studies dried up, I didn’t know if my man had ceased to function or if the advisor’s reports had been purged of all references to him. Despite having nothing further to go on, somehow I couldn’t help suspecting the latter.

Because the concept of a mystery man was so unlike the army, I was puzzled. For one thing, I could not imagine one man being involved in so many hazardous operations over so many years and still surviving. Secondly, his motivation was suspect; no ordinary soldier (although he would prove far from ordinary) would exhibit the drive and resourcefulness for so long a period without some kind of lucrative pay-off. Yet, he was no mercenary, but on the active rolls of the United States Army. Thirdly, the circumstances of each episode uncovered indicated that here was a man who could and did, on occasion, operate independently of any known military organization or entity, apparently on his own initiative. Despite appearances, the effect of his actions, with rare exceptions, was in the best interests of the army and the country. 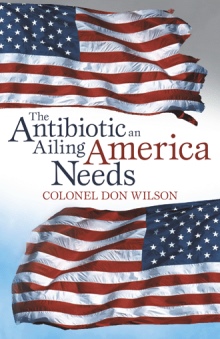 Code Name: William Tell is an adventure story that starts with an idea by the president of the United States, from which a hero emerges. A story of good’s triumph over evil, as told by a famous historian who himself is a retired army lieutenant colonel. The story traces the life of our hero from boyhood to manhood and then to a leader of men fighting a secret cold war. Our villain is known to the free world’s intelligence community only by the code name KRAIT, a deadly viper.

One day, near the end of an unsuccessful term, a president in the solitude of the Oval Office found time to think of some way to make amends for his failures. He gave his imagination free rein. Soon an idea began to grow into a solution to a serious problem: a solution which would become the closest-held secret since the atomic bomb. From this secret would come a remarkable man, code name William Tell.

Lieutenant Colonel Don Wilson, US Army (retired) having reached the age of eighty-three, has written from experience, lending realism to his story. He freely admits the book is mostly fiction. Colonel Wilson is also the author of The Antibiotic an Ailing America Needs.