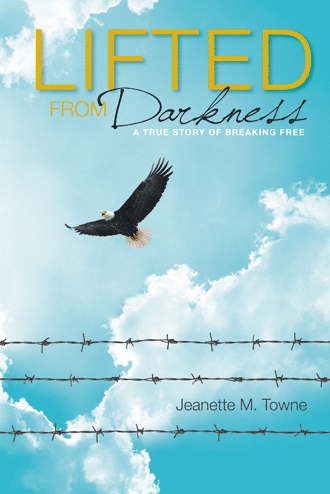 I knew better than to leave out any type of tool. Throughout the years, I had trained myself to be meticulous when it came to using sharp objects around the house such as knives, barbecue utensils, or anything that could become a weapon. Getting ready for work was a challenge. I had to walk softly and towel-dry my hair; any loud noises in the house could cause him to wake up. After a late night of drinking, drugging, and partying, if I woke him up while getting ready for work, the punishment could be anything from a screaming tirade delivered an inch from my face, to hits, kicks, choking, airborne projectiles, or body slamming—or it could be worse, and he would pull out a knife or a gun to punish my actions.

At this point in my life, the violence was surreal. This was my life. I was a hostage in my own home and fairly certain I’d be dead before the end of the year.

Raised Catholic, I learned that suicide was a mortal sin. Not only did I live in hell on earth, if I killed myself to escape, my sentencing would be eternal damnation to burn in hell. I prayed daily for God to please let me die in my sleep, or for God to take him through cancer, illness, or some freak accident.

No one had a clue what went on in my house. From the outside, I looked perfect: perfect family, perfect life. People assumed I had it all together—a vivacious young woman working for a Fortune 500 company; married to a strikingly handsome, funny and brilliant husband; raising a precious and obedient young stepdaughter.

Why couldn’t I just take off, change my name, and start a new life? Why didn’t I just leave? I believed that I was in a ‘prison’ with no escaping. If I thought it possible to leave, the first time he raised his hand at me I would have left. He was a master con-artist. I bought the lie.

Maybe I could have left in the beginning of our years together. It could have been possible early on, the days when my life wasn’t so violent. In those days, I was a young wife, raising a darling two-year-old baby who had been abandoned by a cruel mother. I wanted her. I wanted to be the mommy, the good wife ... the perfect family. Today, I knew if I left and went undercover, I would never see my daughter again. Now that I lived the horror, and had bonded to my step daughter as a mother to her child, how could I escape and leave her behind? I had to stay to protect her from her father, for if I left, she would become the victim. Believing his total domination, I was certain my family was a target. If I managed to escape, not only would my daughter be hurt, but my parents would also be murdered. He knew where my parents lived and had hissed on many occasions that if I ever thought of leaving, my family would be killed. I believed him.

Getting my business portfolio together and reviewing my meetings for the day, I wrote a note listing the locations for my sales calls and left it on the counter by the telephone. The designer suit I purchased at the Goodwill Store for $7 was clean and pressed, my cheap faux leather stiletto pumps shined. After checking my appearance one last time in the bathroom mirror I leaned against the door and exhaled loudly, realizing Jim had taken my purse the night before and had it in the master bedroom. My heart skipped a beat; my stomach began to tighten and convulse.

I needed my purse. It had my license and a few dollars needed for the day. If I took off my high heels and stepped into the bedroom, I could grab my purse quickly and be out of the house. I hoped he was in bed alone. The long hallway felt claustrophobic, walls seemed to be closing in as I stood at the end looking towards the master bedroom. The door was open about an inch and all of the blinds were drawn and blankets covered the seams, not allowing a drop of sunlight to enter the room. After years of drugging, sunlight would put him in a foul mood. I nervously glanced at my watch. I had to get the purse or be late for my first sales call of the day.

Taking a deep, silent breath, I tip-toed down the hallway and crept up to the entrance of the master bedroom. Leaning my hands against the door I pressed softly and slowly opened the door. One of the hinges began to squeak! Why didn’t I get the WD40? I held my breath as I heard him move in bed.

After what seemed like eternity, I heard the steady breathing of sleep. Quietly, I pushed the door open wide enough and slid into the room. I stood there letting my eyes adjust until I spied my purse on the counter of the bathroom. Why didn’t I hide my purse better? Usually, I hid my purse in different places throughout the house so I could easily retrieve it each morning.

Three, four, five soft steps and I reached my purse. The handle was a long strap that hung down along the side of the sink. Looking over, the coast was still clear; he was asleep. Quickly, I grasped the square body of the purse and began to lift. . . a little too quickly.

The strap lifted and wrapped around the knob of the vanity cabinet. As I pulled the purse towards my body the cabinet door opened and then swooshed closed with a loud slam! A slurred stream of profanity began to spew from his mouth.

“Where do you think you are going?” he shouted. I could smell the alcohol and cigarettes projecting from across the room. I should have shut up and cowered, but was seething with anger. He raped me the night before, and I was very angry at being a prisoner in my own home. I was immersed in a deep depression, my life seemed hopeless with no way out. I felt my cheeks get hot.

As soon as it came off my tongue, I panicked. Glancing at the dresser, I noticed a hammer. He must have been working with his tools and forgot to put the hammer away. As soon as I spied the hammer, I noticed his eyes on it at the same time. Enraged, he flew out of bed, crossed the room, and grabbed the hammer in one motion. I dared not run. If I ran, he would claw me in the back of the head. I might have a chance if I didn’t try to fight back. I crumpled down by the vanity, crouching on both feet with my hands up in a defensive position and watched in the wall-sized mirror as he filled the room, looming larger than life. I looked up at him and then I saw it as clear as day. He stood above me with the hammer poised to come down, crushing into my skull. His face was contorted and looked like a person possessed by the devil. His eyes were bloodshot and in the darkened room looked like slits of oozing blood. This was it. This was my last moment of life. The hammer started to come down. I saw the scene unfold as if the seconds were all in slow motion.

from Living the Nightmare

to Healing the Spirit...

On the outside, Jeanette had it all together; a good marriage, a beautiful daughter - poised on the threshold of a successful career. Behind the closed doors of a suburban prison, she continued to hide the shadowy secret of a splintered world of physical and mental torture. For over ten years, Jeanette was the pawn in a twisted psychological game, directed by the hands of the man whose lies she believed. She accepted the stark reality of never escaping alive.

When she first met Jack, she was captured by his charming personality, wowed by his wealth, and quickly fell in love. What originated as protective, confident and dominant, cascaded into a traumatic web of physical and psychological violence, illustrating the intense complexities of love and fury, passion and brutality.

In this touching work of inspiration, Jeanette reveals the entangled suffering and sadistic manipulation experienced, living with erratic violence. She carries you with her through the climatic events that led to her escape from the chasm of fear and intimidation. Jeanette exposes the heartbreaking effects domestic violence played on her identity as she moved toward true healing and a life of personal fulfillment and success with a faithful trust in the God that never fails.

Jeanette M. Towne is the founder and CEO of a communication technology corporation. She is a Certified Platinum Technology Partner, one of twelve members represented on a Silicon Valley Based, Corporate Advisory Council. She savors her safe and splendid 25 year marriage to Sam, as they raise four children in sunny California. In addition to family, Jeanette is an inspirational speaker, loves anything outdoors, plays keyboard at church, leads a bible study group with her husband, and donates time to women’s ministries.