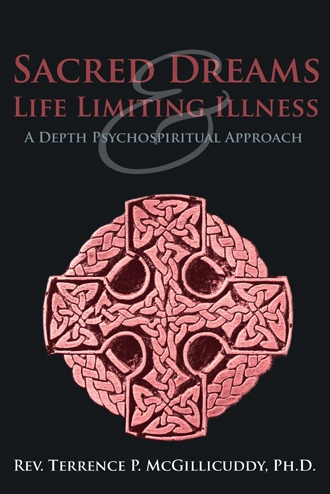 hapter I
Illness & the Loss of Soul

One of the most accurate quotes of what it is like to learn that you have a terminal illness is that of C.G. Jung, in the term abaissement du nivear mental or “a loss of soul” (1940/1969, p. 119 [CW 9i, para. 213]). For Jung a “loss of soul” is the listlessness and paralysis where the whole personality falls apart and consciousness loses its unity (Jung, 1940/1969, pp. 119-120 [CW 9i, para. 213]).
When one hears the news that their illness is terminal and that one’s days on this earth are numbered, a fracture and paralysis of the soul occurs on the deepest level of being. One’s inner light is suddenly eclipsed by a dark tide of existential distress and trepidation.
As Jean Shinoda Bolen (1996) says,
Illness is both soul-shaking and soul-evoking for the patient and for all others for whom the patient matters. We lose innocence. We know vulnerability, we are no longer who we were before this event and we will never be the same. We are in uncharted terrain and there is no turning back. (p. 14)

For those of even the deepest faith, the news that you have a terminal illness is the beginning of pathos, the beginning of the greatest personal passion journey. Like Jesus’ passion, the weight of such news places us directly with Him in the garden of Gethsemane. It was here in the garden the night before His crucifixion, Jesus’ words are recalled: “Jesus began to be very distressed and troubled. And He said to them, ‘My soul is deeply grieved to the point of death,” (Mark 14:33-34).
Those who have been diagnosed with a life-limited illness can closely identify with Jesus’ words: “And He went a little beyond them and fell on His face and prayed saying, ‘My father if it is possible, let this cup pass from me…,” (Matthew 26:39). The cup of illness is one of the heaviest cups that all of us are called to hold.
I recall my own dear grandmother, who died of pancreatic and liver cancer over a decade ago. One summer day at our cottage, I went to visit her. She was lying peacefully on the couch in the cottage living room. I pulled up and a chair and as we began to talk, she looked at me in great fear, saying, “Teddy (her enduring nickname for me), I don’t want to die. . . . I don’t want to leave.” It is the manner in how she said these words that made me feel like my heart was breaking. Behind her words, I sensed not so much a fear of dying but more so her realization that dying meant that it would separate her from the ones she loved the most.
It was a difficult moment. How I wanted to rescue her from such a dark and lonely fate. How I wanted Jesus to take this cup away from my grandmother. But at this moment all I could say was, “Grammy, we all love you. I know God won’t let you go. I know that you belong to Him and I believe with all my heart that we are all going to be together always.” My grandmother responded with silence. As I looked at her face I knew I didn’t give her much reassurance, rather I could see her drawing inward. I saw her descending into a shadowy and underworld place…an inner place where she was being forced to interface and wrestle with the shadows of death.
A few months later, her death finally arrived. My loss was profound . Though I had been at the beds of hundreds of patients as a hospice Chaplain, my grandmother’s death was happening to me and my family. I was no longer a Chaplain. I was her grandson…Teddy, the one she would hug and kiss, the grandmother who used to sing and read to me and made me feel safe when I was a little boy.
Even though years have passed, I still feel the pangs of her absence. Yet even now I still can’t help wondering how I could have better helped her to experience Christ’s healing presence, His embrace and a deeper numinous experience of the Holy Spirit that for my grandmother would have shattered the anguish and fear of death.
For every Christian, the knowledge that death is near is one of the greatest challenges to faith. Theologically, the Christian need never to accept death as something natural since orthodox Christian belief concludes that death is something very foreign to original condition. Scripture explains that death is the” last enemy to be destroyed, (1 Corinthians: 15:26)”. Paradoxically, the Christian at the same time is acutely aware that there is no skipping over the cross and no bypassing the Garden of Gethsemane. Christians understand that as Jesus felt the weight and anticipation of His suffering and death, each of us must walk in the road of His passion.
Judeo-Christian Theology of Death
How does the Bible deal with death? In the Old Testament, death is not a force intended or directed to humankind as a punishment from God. Death is something unnatural and it was not intended by God to be a part of our original nature, for God said, “Let us make man in our own image, according to our likeness” (Gen. 1:26). To be created in God’s image meant that we were originally created to live, not to die. In both Old and New Testaments, death is always viewed not as natural but as the antithesis of life.
In Genesis, death is introduced only as a consequence of the fall, a consequence of sin, not as a punishment from God. Like the laws of natural physics, every action has a reaction. As a result and consequence of our separation from God therefore, death is introduced: “You shall not eat of the fruit of the tree which is in the midst of the garden. Neither shall you touch it, lest you die” (Gen. 3:3). In Genesis, we read that death is something unnatural, alien; a sort of cancer on life that enters into our existence only as a result of something that we ourselves set into motion. Death, therefore, is an affront against the wholeness of human nature and is not what God intended for His creation.
In the Book of the Wisdom of Solomon we read:
God did not make death, and He does not delight in the death of the living. For He created all things that they might exist and the generative forces of the world are wholesome, and there is no destructive poison in them; and the dominion of Hades is not on earth. (1:13-14)

As we turn to the New Testament, death is most clearly described specifically as the enemy. The Apostle Paul says “the last enemy that will be abolished is death” (1 Cor.15:26). In this respect, it is important to realize that the early Church did not accept death as something natural but rather viewed death as the ultimate tragedy of human existence. As Paul Lazor (1972) writes,
Death is a tragedy because more than anything else, it demonstrates man’s disastrous separation from God the Source of life. . . . Death is the result of a distorted life, a life gone astray. It is the result in which the image and likeness of God have been disfigured and dishonored. It is the termination of a long chain of uncontrollable irrational energies at work on humanity (p. 6). Reflecting this opinion, a hymn by St. John of Damascus (d. 787), sung at the Eastern Orthodox Church’s burial service says: “I weep and I wail when I think upon death and behold our beauty, fashioned after the image of God, lying in the tomb dishonored, disfigured, bereft of form” (quoted in Soroka, 1981, p. 58).

Sacred Dreams & Life Limiting Illness is about friendship. It is about soul-friendship and the writer’s two decade experience as an Anam Cara (soul friend), Chaplain and Pastoral Counselor to persons with life-limiting illnesses.

Many people living with a life-limiting illness report dream intensification and acceleration as their medical condition progresses. This book examines the psychological and spiritual significance of end-of-life dreams and how these dreams can be transformative to those searching for meaning and psychospiritual-healing in the midst of a terminal illness. The book also investigates the therapeutic value of dream therapy as a method that helps persons more effectively interface and process the existential and psychospiritual distress that accompanies life-limiting illness. Finally, this work explores through case studies how dreams can connect patients and clients to an authentic experience of the Divine and the Holy.

Rev. Terrence P. McGillicuddy grew up in Houlton, Maine. He has been a Hospice Chaplain and Pastoral Counselor for over two decades. He received a Ph.D. in Clinical Psychology from Pacifica Graduate Institute; a Master of Divinity from St. Vladimir’s Orthodox Theological Seminary and a Master of Arts in Theology and additionally in Counseling Psychology from Boston College. He is the founder of the Anam Cara Community, a Christian Counseling and Spiritual Formation practice. He is also an Anglican Priest and Pastor.