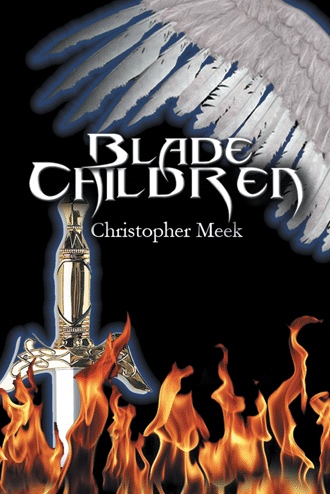 The throngs of angels walked beautifully in sync with one another as if they were all connected as one body, traveling down the golden paved road that ran along the shores of the crystal sea. Their massive white-feathered wings were gently folded behind their backs. Each angel was illuminated with a different color, some even unknown to the human eye. They all wore solid white gowns with a golden sash that had their names engraved in their heavenly language with a crimson red.

The atmosphere was filled with soft, peaceful music, as if a lullaby was being played off in the distance. The place was well lit with beautiful arrays of colors from the angels. But the brightest of them all came from a brilliant Light of glory that provided light to the entire land. It was as if the sun hung just above their heads. However, the sun was nowhere to be seen. As the angels walked ever closer to the source of this great Light, the music gently grew louder and louder, and they hummed along with the tune of the sweet melody.

At the very front of the line, leading the mass of angelic beings, marched two of Heaven’s head angels, Gabriel and Michael. Gabriel stood eight feet tall, illuminated with a beautiful hue of blue. He carried a large golden staff with an ancient writing etched along its surface as a sign of his authority. He had long blonde hair that came down to his waist - a symbol of wisdom and strength.

His companion and friend, Michael, stood seven feet tall, also with long blonde hair. A green hue radiated from him as he carried a large, golden bow that also had the ancient writing engraved along the bow’s face.

Gabriel and Michael had been with each other through many events, and together they shared the very special job of ushering the heavenly hosts into the King’s throne room.

Gabriel was the first to speak as they continued to march. “Something doesn’t feel right today.”

Looking at Gabriel in confusion, while never missing a step as they continued to lead the others Michael asked, “What are you talking about, Gabriel?”

Gabriel, unsure of his answer, just looked at Michael. He replied, “I...I’m not quite sure, but...something doesn’t feel right. I can’t place my finger on it, but whatever it is, I don’t like it.”

Michael looked forward again and chuckled. “Gabriel...we do this every day, we lead the angels to the King’s throne and worship Him. What could possible go wrong?” He questioned.

Gabriel sighed, smiled and said, “I guess you’re right, Michael. I must be nervous about meeting the King, once again.”

“I know what you mean by that.” Michael said. “It's hard not to tremble in His presence. He is so powerful and mighty and yet He loves us so much and He has such an amazing plan for His new creation called…” Michael hesitated as he thought to himself, “What did He call them again?”

“Humans,” Gabriel said. “He calls His new creation humans. One he calls man, Adam, I believe, and his companion He calls woman. Her husband named her Eve, because the Creator made her from one of Adam’s ribs to be a helper for him.”

“That’s right!” Michael said. “How could I forget? It's such a funny word too!” Michael chuckled under his breath. “Hu—man,” he said with a twisted expression. “That’s so funny.”

Gabriel spoke again interrupting Michael’s laughter. “He even said that the humans were made in His very image.”

“I wish we were made in His image.” Michael said. “What an honor that would be! Imagine! Being made in the image of the Divine Maker!”

“Yes, but remember that He did create them a little lower than us. Not because the Creator values us above the humans, but because we are angelic beings, while they are mere mortals. And don’t forget why we were created Michael, because that...is still a great honor.” Michael nodded in agreement as they continued to lead the angels down the golden road as they passed through beautiful pearl gates.

In the very center of the entire angelic host, one angel stood higher above them all, a Cherub named Lucifer. A Cherub was an angel that was created as a symbol of the Creator’s Holy presence and His unapproachable majesty. Lucifer was the highest-ranking angel, and the Chief in Command over all the Guardians of Heaven. He was known to all as the Light Bearer, and carried a fiery broad sword that no one could lift but himself. Two sets of massive feather wings helped balance his ten-foot tall giant frame. He shone with an aura of multiple colors because his angelic body was unlike any other.

It was made up of nine precious stones. The scarlet orange from the carnelian shone from his left leg and the golden glow of the chrysolite from his right. An enchanting blue of the moonstone covered his right arm and the warming color of yellow from the beryl covered his left arm. The dark color from the onyx and the crimson red from the jasper glowed from his first set of wings, while royal blue from the sapphire and the greenish/blue from the turquoise stone from his second pair of wings. His face shone with the deep green from the emerald stone. No other being was created with as much beauty, intelligence, and authority as Lucifer. He was created for the sole purpose of simply reflecting the Light and to humbly allow the Light to shine forth from him. He was magnificent to behold, to be sure. Even the Creator Himself called him perfect and the most wise over all the angelic hosts. Lucifer was the next highest being in all of creation.

On each of his sides, surrounding him, were his elite team of powerful angels: Faith, Charity, Love, and Gratefulness. As they walked close by, Lucifer whispered just loud enough for the four angels to hear, but was sure to be soft enough so as his words could be snuffed from the angel’s humming tune. As he spoke, his voice sounded as if nine different voices spoke together as one, blending together so beautifully in harmony, like a small band of stringed instruments playing together to create a symphony.

"Today is the day, my disciples. Today will be the day when I will ascend into heaven. I will exalt my throne above every angel that the Creator has made. I will rule over Zion and I will sit on the throne of the Most High. I - will - be God."

A New Destiny is About to Unfold

Upon receiving mysterious books from their dying grandfather, thirteen-year-old Kie Kinsely, and his younger brother, Max, learn of an invisible war that has been ranging for over two thousand years. Accepting their place in this Ancient War as the Blade Children, the two brothers gain the ability to see angels and demons that roam the earth. Together, along with their Guardians, Kie and Max are sent to the Spiritual World by a Supernatural Force.

Both Worlds Are in the Balance

In order to return home, they must defeat a team of powerful demons who call themselves The Four Dark Angels of Heaven. These powerful beings, who fell during the Great Rebellion, have been given orders to destroy the Blade Children. Join the adventure of a lifetime through mysterious worlds as you experience ancient creatures and learn of a Powerful Creator

Christopher and Melody were married on December 3, 2010. They moved from Texas to Oklahoma in 2015 in obedience to God's calling. Just before they moved, they welcomed their newborn baby girl, Harmony Dawn Meek, into the world.

Christopher is now serving as the full time Kid's Pastor at The King's House in McAlester Oklahoma, teaching and leading kids and families in the love of the Father.