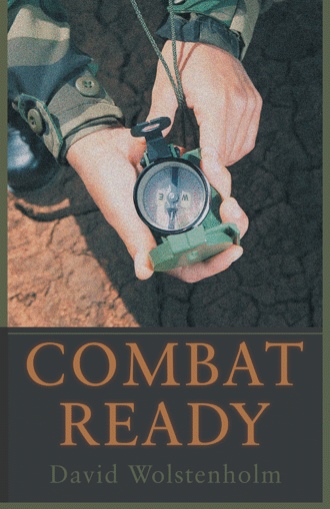 Combat Ready was written by and for veterans and active-duty personnel. It takes you on the journey from beginning to end of the military life paralleled by the life of a Christian. Personal and combat stories are interwoven into the book to bring it to life. Unfortunately, some people have gone through live-action combat. But few people know that everyone is in the middle of the largest war ever fought. There is a battle being waged between good and evil. Combat Ready will show you how to be properly equipped for this battle, to come out on top. Combat Ready shows how you are uniquely qualified to be a soldier for Christ.

David served in the US Marine Corps from September 1998 to November 2002. He was in the infantry as a TOW gunner in Second Battalion, Sixth Marine Regiment. David turned his life over to God and was baptized in January 2005. He has a passion to reach those who are suffering through life. Veterans have been through many hard times, and he wants to show them they can have a better life and there is hope for the future. He has learned that veterans and active-duty service members are uniquely qualified to be Christians. Without his military experience, David may not be a Christian today. David now lives in southwest Michigan, with his wife and two dogs, getting his master's degree in divinity at Andrews University. He has been a youth pastor in the past and now works in a local Seventh-day Adventist church.