They Can't All Be True 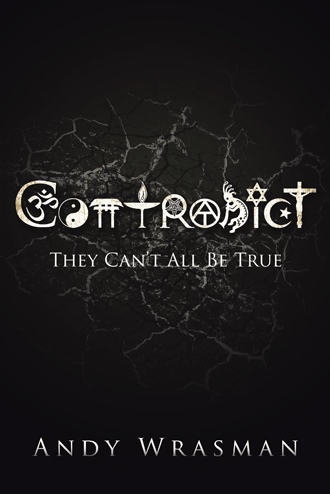 Tolerance and co-existence are both great! In fact, they are necessary. If we are to live together in peace without hating each other, or physically harming each other over differences in race, culture, sexual orientation, political views, and religious beliefs, we must have tolerance. However, we must also recognize that every belief can’t be equally valid. If two beliefs directly contradict each other, both of them cannot be true, no matter how “tolerant” we become. This means it is false to say that every religion is true, or that every religion leads to God. When people make such claims they show that they have not taken the time to study the world’s religions, because a brief reading of the sacred texts of only a handful of religions quickly reveals contradictions on the most fundamental levels.

Reincarnation (Hinduism and Buddhism) contradicts the belief that this is your only life before eternity (Christianity, Judaism, and Islam).

Salvation from sin (Christianity) contradicts the belief that there is no sin to be saved from but simply pain that can be escaped through enlightenment (Buddhism).

Jesus Christ is the incarnate, Son of God (Christianity), contradicts the teaching that he is just a prophet (Islam) or that he was a false prophet (Judaism).

In light of these contradictions alone, all religions can’t be true.
They could all be false, but they can’t all be true.

Are any of them true?
This is the most important question anyone can ask.
Recognize religious contradictions.
Embrace them.
Test them. Seek the truth.
www.contradictmovement.org

Andy Wrasman holds a B.A. in Theological Studies and a M.A. in International Studies from Concordia University Irvine. He regularly engages in faith-based conversations with adherents of various religions, which provides a wealth of first-hand information to share with the high school students in his World Religions class. He currently lives in Silverado, California with his wife Jessica.