Do You Trust Me?

Allowing Hope to Triumph Over Tragedy 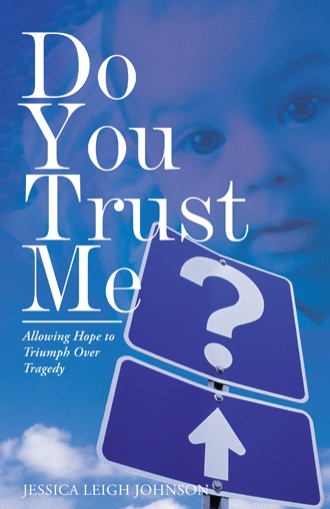 After this most recent disappointment, I had reached a pivotal point in my faith. It may seem silly that something so trivial as not seeing a moose on a trip would cause a crisis of faith, but to me it was the last straw. I could try and defend God for not answering my moose prayer by saying, “Maybe God just doesn't care about the little things in our lives.” But then what about Ethan? That was no trite request. That was a big deal! Maybe God just had His reasons. Maybe Ethan's death really was necessary to complete some part of the bigger picture that we just can't see. I'll go along with that. But for something that would seem so small and insignificant to most people as seeing a moose while on vacation, when God knew that it meant a lot to me and it really would have bolstered my faith at a time when it was in serious trouble, why couldn't He have just said, “Okay.” Was it too much to ask? Did He even care about me at all?

If God were to ask you …

… your first instinct may be to answer, "Of course!" But what if you were asked that same question in the midst of terrible loss or great disappointment? What would your answer be if God seemed distant—even absent—in your time of greatest need?

In Do You Trust Me?, Jessica Johnson gives you a vivid and honest look at her very personal struggles with faith, prayer, and trust in the midst of the most painful event of her life: the loss of her infant son. In 2006, Jessica and her husband were living the life they had always planned. But several months after the birth of her third child, Jessica was faced with the question, “Do you trust me?” in a way that she had never dreamed of before.

Out of the depths of despair comes a message of hope and faith so powerful, it will encourage anyone who hears it. Do You Trust Me? is not just for those struggling with the loss of a child, but anyone who has ever wondered, "Does God even listen when I pray? Does he truly care about his children?" Hopefully after reading Do You Trust Me?, you will discover that the answer to these questions is a resounding "Yes!"

Jessica Johnson received her BS in Christian education from Crown College in St. Bonifacius, Minnesota. She has served the Lord in various ministries, including music, youth, and children's ministries for the past fifteen years. She and her husband have five children and live in northern Minnesota.