Just Trying to Be a Blessing! 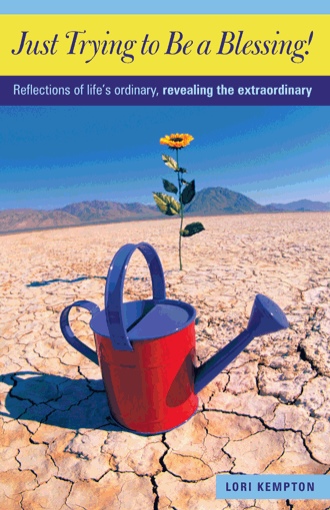 Lori shares openly and honestly with her audience while finding God as well as the fun in everyday situations. With her genuine spirit, She shares life as it is—the good, the bad, and the most hilarious of situations—and invites her readers to take the time to reflect with her on these things. Savor each chapter as God reveals who He is in a new and different way with each short story.  Some books entertain you, others may teach you, but this one will hopefully inspire you to go out into the world and make a difference … just one chapter at a time.

Lori Kempton graduated from Indiana Wesleyan University with a Bachelor of Science degree in management.  Her entrepreneurial spirit has led her to own her own small business for several years in the past, help start a crisis pregnancy center, plant a church, and now write a book.  She has been a Christian since 1983 and served in many capacities in the churches she has attended.  She also serves as a speaker for Stonecroft Ministries.  She and her husband, Jim, have four grown children—two of his and two of hers—all of whom are married increasing their "kid count" to eight!  They also enjoy spending time with their nine grandchildren.  She and Jim live in Cincinnati, Ohio.  Lori's interests are her current real estate career, photography, reading, traveling, speaking, and of course, writing!