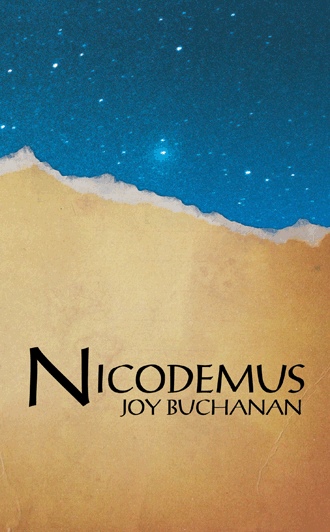 Phineas continued, “But Jesus certainly knows how to appeal to the people.” He turned to another Pharisee Lavi, “I am appointing you chief investigator. You will discover what he is really doing.”

Lavi paused for a second. “I have so many duties right now. The Passover is...”

“Is not for a few weeks,” Phineas said. Phineas turned to look at an older Pharisee who quickly said, “I am not the man to send. Too many people recognize me.”

When Phineas did not turn away, he added, “I cannot be seen with the Nazarene. I have a reputation, and a family.”

Nicodemus stepped forward. “I will go, Phineas.” The older Pharisee breathed a sigh of relief.

Phineas said, “Nicodemus? Can you take on such a task, when I've heard there is an illness in your family?”

Nicodemus said, “I want to find... I mean I need to speak to Jesus.”

Phineas shot him a sidelong glance. Nicodemus added, “It is important that we find him soon with so many people coming for Passover.”

“That is why we need to discover his real agenda,” Phineas said.

“Yes,” Nicodemus said. “Although I don't know exactly what I would say to this man.”

Phineas raised his eyebrows. “He's a laborer from Galilee. He might be afraid when he finds out who you are, but just be direct. I find that is the best method with these people.”

Lavi eagerly added, “And he won't be difficult to find. He's everywhere these days.”

Phineas warned, “It would be best for you to find Jesus alone. Start by visiting Joseph of Arimathea. Jesus was seen there last week.”

Nicodemus had not been to Joseph's house before, one of the finest in the Upper City. He had often walked past it and watched the servants tend the garden faithfully even though their master was frequently traveling. Joseph was known for his official connections, shrewd business deals, and generosity, but not for his observance of the Law.

Nicodemus was greeted at the door and a servant led him to a hall where Joseph was having dinner with a diverse-looking group of Romans and Jews. Nicodemus's black robe was conspicuously out of place, and the guests looked at him nervously.

Before the silence could become uncomfortable, Joseph stood up and said enthusiastically, “Rabbi, I am honored you would visit my home.” Gesturing to an open seat, Joseph informed his guests, “This is one of Jerusalem's most esteemed teachers. Please sit down.”

Nicodemus said, “Thank you, Joseph. I cannot stay. I am here on court business.”

“Ah,” said Joseph, “that makes more sense.” Joseph excused himself from his friends. Nicodemus thought he saw one man give Joseph a look that said “sorry, hope it doesn't take long.”

They went to a private chamber, and Joseph gave a short pause for Nicodemus to speak but then said, “If this is about Pilate's taxes, I haven't seen him since the Sanhedrin assembly.”

Nicodemus said, “No, I'm here to talk to you about finding Jesus of Nazareth.”

Joseph's face lit up. “Do you want to meet him? I can arrange it.”

“Yes! I heard he was here last week.”

“He has been right there,” Joseph proudly pointed to the party through the curtain of the chamber.

Nicodemus dropped his voice, “Phineas is setting up an investigation.”

“We had a hearing of a man who claimed he was healed by Jesus on the Sabbath.”

Joseph stood up and glared down at Nicodemus. “Have the Pharisees and Sadducees united for this?”

“Yes, I'm sure you understand how important it is for us to know more, for security, with the festival coming up. Why did he come to your house? Where is he today?”

“Not here,” said Joseph briskly. “Excuse me, my guests are waiting.” He lifted the curtain to leave.

Nicodemus added quickly, “And, I wonder if he might pray for my wife Anna.”

Joseph stopped and looked back at Nicodemus. There was a touch of pity in his eyes. “If you want to find him quickly, I would start with the poor.”

At the trial of Jesus, one man spoke in his defense.

Nicodemus is destined to be a great scholar of Jewish law from a young age. Despite being betrothed to a girl who insists on putting love before the law, he becomes a respected Pharisee. When his wife becomes terminally ill, Nicodemus seeks out Jesus, a radical teacher rumored to heal the sick. They meet in secret because Jesus is viewed as a threat to the Pharisees and to the volatile relationship between the Jews and their brutal Roman rulers. After meeting Jesus in person, Nicodemus believes Jesus could be the long-awaited Messiah who will save the Jews from their oppressors. As factions in Jerusalem conspire to have Jesus killed, will Nicodemus be able to stop them?

Other people from the Bible you will meet in Nicodemus:

• Zacchaeus, the in-law no one wants to invite to family functions

• Simeon, who was promised he would not die before he saw the Messiah

• Pontius Pilate, the Roman prefect who did not want Jesus’s blood on his hands

Enter the world of the Jerusalem elite and experience the story from a perspective that has never been told before.

Joy Buchanan studied screenwriting at Chapman University. She is a graduate student of economics in the D.C. area, where she enjoys discovering outdoor adventures in addition to obscure people in the Bible.