Israel and the Last Days 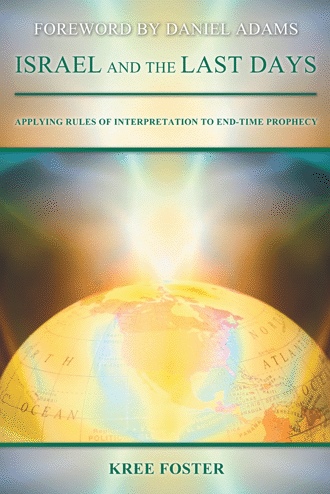 If we suffer with Jesus, we also will be glorified together with him. The Holy Spirit within us will glorify or resurrection our mortal bodies at the time of the rapture. Two times the Apostle Paul mentions our resurrection. The next verse is absolutely critical to understand what Paul is trying to say.

19 For the earnest expectation of the creature waiteth for the manifestation of the sons of God.
Romans 8:19 (KJV)

19 For the earnest expectation of the creature waiteth for the manifestation of the sons of God. 20 For the creature was made subject to vanity, not willingly, but by reason of him who hath subjected the same in hope, 21 Because the creature itself also shall be delivered from the bondage of corruption into the glorious liberty of the children of God. 22 For we know that the whole creation groaneth and travaileth in pain together until now. 23 And not only they, but ourselves also, which have the firstfruits of the Spirit, even we ourselves groan within ourselves, waiting for the adoption, to wit, the redemption of our body.
Romans 8:19-23 (KJV)

Creation is waiting for something, but did you notice that we ourselves are waiting also. We are waiting for the adoption, the redemption or resurrection of our body. The manifestation of the sons of God is the redemption of our physical body. We know this because both creation and we are waiting for the same thing, the redemption of our body. Now why is creation waiting for the rapture to occur? We are going to be changed, our bodies will be made immortal and there will be no curse or death. What does that have to do with creation? Verse 20 says that creation was made subject to vanity or sin, not willingly, but by reason of him (Adam) who subjected the same in hope. Adam subjected all of creation to the curse of death when he sinned. You will understand why that is relevant in just a moment. Verse 21 says that creature itself also shall be delivered from the bondage of corruption (the curse Adam put the earth under) into the glorious liberty of the children of God. In other words, the creation will enter into the same liberty that we enter into when we are resurrected. When? Creation is waiting for the rapture because it will be delivered at the same time as us! The curse will be removed off of the earth when the rapture occurs. That’s in the context of these scriptures. This will help you to see. Verse 20 is the reason creation was under the curse. Notice how it reads when you put verse 19 then verse 21.

21 Because the creature itself also shall be delivered from the bondage of corruption into the glorious liberty of the children of God.
Romans 8:19,21 (KJV)

This is pretty clear here. The curse will be removed from creation at the same time as the rapture.
Now let’s follow the rules of interpretation. The type and shadow of the rapture is found in Genesis. In fact, Paul mentioned in both of the scriptures we have read. It is the Fall of Adam. God gave Adam complete dominion over all of creation.

God put all things under Adam’s feet according to psalms 8:6. When Adam sinned, everything under his authority was affected.

17 And unto Adam he said, Because thou hast hearkened unto the voice of thy wife, and hast eaten of the tree, of which I commanded thee, saying, Thou shalt not eat of it: cursed is the ground for thy sake; in sorrow shalt thou eat of it all the days of thy life; 18 Thorns also and thistles shall it bring forth to thee; and thou shalt eat the herb of the field; 19 In the sweat of thy face shalt thou eat bread, till thou return unto the ground; for out of it wast thou taken: for dust thou art, and unto dust shalt thou return.
Gen 3:17-19 (KJV)

This is important because our body is made of the same earth that was cursed that day. Adam no longer has that authority, because Jesus said “all authority has been given to him”. When the rapture occurs and the body of Christ is raised from the dead all the things under Jesus authority has to follow just like it did when Adam sinned. All of creation followed Adam into sin, but when Jesus body (us) is raised from the dead all of creation has to follow us into the glorious liberty of the children of God as the same time. That sounds like what Paul says….

When will the rapture occur? What is the abomination of desolation? There are so many different points of view on the subject of the end times. How do you know which one is right? The apostle Paul wrote two-thirds of the New Testament. How did he know the truth? In this book, you will discover how to know the truth about the end times for yourself. There are rules of interpretation that every believer should know. Come and take this fascinating journey throughout Scripture, and discover what God thinks about Israel and the last days.

Kree Foster graduated from Rhema Bible Training Center in Tulsa, Oklahoma. Mr. Foster is an evangelist/youth pastor in Springhill, Louisiana. He is highly respected for his clear thinking, high-energy preaching, and focus on who we are in Christ. He currently lives in Sarepta, Louisiana, with his beautiful wife, Jennifer, and their two daughters, Ariel and Sadie.

He can be contacted at www.israelandthelastdays.com