An Ontology for the Coming Age 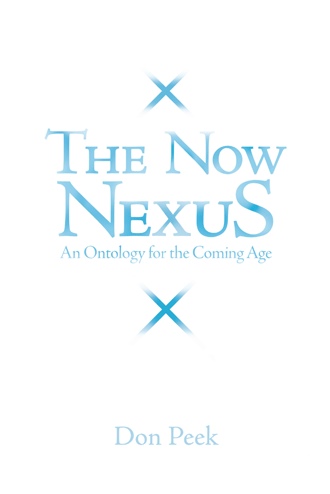 My prayers changed on the day Daddy died. I had literally begged, bargained, and tried everything to get God and humankind to save my beloved father. I told God that I would sell everything and give it all to and go to work for the Leukemia Foundation if he would just save my dad. To this day, I still wish I could have done something, I not only felt helpless, I was helpless. My sorrow was deepened because not only was I helpless to stop his disease, I knew it would soon be Mom's turn.

I don't know much pathology, psychology or philosophy; I see myself in the business of distributing the truth as far as I know, but I am very passionate and simply must tell you about the truth. Dr. Charles Stanley , a great man and preacher whom I love, said in one of his messages that we should pray with a burden to be filled with the knowledge of God's will and that if we do, God, being faithful, would no doubt do it.

I knew that God is good and that I should seek His will more earnestly. So, for the first time, I constructed a prayer that asked God to fill me up with the knowledge of His will in all wisdom and spiritual understanding, just as Dr. Stanley prescribes. My prayer had changed, and let me tell you how that new prayer changed my life.

After being propelled through all manner of obstacles, I was compelled to write. I set out to write something about ethics in marketing, which I felt somewhat qualified to do. But a week or two into the project, I was getting nowhere. I only had a few pages that might have been considered readable and informative. There was no doubt in my mind that I needed help. So, on that morning, I prayed the same prayer again. I asked to be filled with the knowledge of His will in all wisdom and spiritual understanding just as I had done before, but suddenly something inside me kicked the prayer up a notch and added the words, and may my efforts be brought in line with Your will and desire. By the way, I also prayed that my wife, kids, and co-workers not think I had gone crazy.

That morning God assured me I was on the right track and answered my prayers. As I prepared for the day and began to focus on Him and meditate on His ways, I received a vision of a character to write about. Now I am very sure that this had never happened to me before: not like this, not with such clarity and power. This vision personified a humble super-hero, a character that was some sort of supernatural, bioelectrical engineer, a nano-technician or brain surgeon of some kind. Hey, I know it sounds crazy, but hear me out. His name is Emeth.

He is from the source of all life. In truth, he is a very good character, whose mission is to connect new pathways and rewire patterns and circuits of truth in the human mind to dispel illusion. He is a sort of spiritual neurologist or psychic surgeon with license to heal and save. He repetitiously whispers words of wisdom and displays pictures of truth directly into the mind of humankind. He has absolute power and authority from the source, and his reliability and loyalty are beyond belief.

At first, I did not know why he was named Emeth. I had never heard that name before, although my grandfather Willis was named Emmit, and I dearly love Emmitt Smith. At first, I was not quite sure what to do with this character. He was so far over the top; I was reluctant to keep him in a book about ethics in marketing for fear of ridicule or outright rejection. So I didn't, and like a self conscious numbskull, I threw it all away!

I destroyed all of the free flowing notes that I took down direct from Emeth. All of the material about Emeth I had worked on in those moments is gone. I was too self conscious to let anyone see what I had written. But the connection in my mind still remains firm. I went on for a while without Emeth and even tried not to think about him, but I knew deep inside I was onto something good with him. Somehow I felt I had received privileged information from him. So I began to search for some reference to him in all my current reading. In my mind I kept seeing and hearing the words Spiritual Warrior. I wanted to know where I had come up with this guy. I wanted to prove to myself where he had come from, so I searched again for E-myth or Emmeth.

At the time I did not know how to spell his name and I found nothing whatsoever about him. I found nothing that would lead me to believe that he had come to me any way other than directly from God. I even asked a few godly men if they had ever heard of Emeth or Emyth, but the name wasn't familiar to them, either. Deep down inside, I knew he had come to me straight from God because I had asked God to inform me and to conform me to His will. I was just afraid to accept what God had given me.

A few months passed, and the thought of this amazing character kept on hounding me. At that time we had lots of trouble with our internet connection; it was slow at best and we finally upgraded to DSL. So, once again, I searched the Web for some reference to Emeth. This time I typed in Emet, and there it was. The search engine found Temple Emeth, a Jewish synagogue in New Jersey. So I clicked there, retrieved the phone number off their Web site, and called.

I cleared my throat and said, “Yes, sir, this is Don Peek, Jr. calling from De Queen, Arkansas. Would you be so kind as to tell me, what does Emeth mean?”

With no hesitation, he responded, “Emeth is Hebrew for truth.”

Old time religious chill bumps covered my entire body. I thanked the man and hung up the phone. I was thrilled beyond belief by this confirmation of my vision and the firm connection to the flow of truth that I call the Now Nexus. Emeth, Truth, is the Third Person of the Holy Trinity! This was a revelation to me. He is the unchanging connection we have to the Father that runs through the Son; this connection is what I call the Now Nexus and this nexus now leads us to the knowledge of God’s will and His desire for our lives.

The Now Nexus is not a transcendental meditation technique with psychobabble to boot; it exists solely because of the grace of God and the vast miracles of faith. It brings greater understanding and more meaning to God’s Word. It empowers a higher sense and sensitivity to the spirit in symbols, words, music, language and even letters. It provides greater understanding and control of the mental images and word pictures that so often flash in our minds. In truth it is a powerful helper that connects and positions us for Christ’s leadership in our life and it attracts others to the amazing power that is available to us all now.

The title of this work is intended to attract attention and hopefully draw a new age of believers into the true power of now. In many cases in this text, Now is used to personify that part of Himself that God gives us, our lives. The word nexus is defined as: (1) a connection, tie, or link between individuals of a group or members of a series; (2) the group or series connected. Nexus in this work is intended to have such meanings to a point that I call the golden point that once reached goes beyond mere sensory communication onto shared mind, vision, epiphany, enlisted consciousness, realization, and oneness with God’s will, intention, and desire.

Thus, the Now Nexus is our super-exalted lifeline, a sort of spiritual umbilical cord that feeds the Spirit of Christ within us. My goal is to remove the shadows of doubt in our minds and shine a spotlight on the truth of our connection to and inclusion in the family of God. I attempt to bring the most vital and urgent sense to the word now and to fully express the precious truth intended by Jesus Christ. His command is to wake up, take hold, and stay connected to our eternal lifeline now!

The new-age revolution—the spirit of truth is leading a new revolution against absurdity, and it is really new. Around the world, powerful and influential new-age believers are being called to wake up to the truth of Jesus Christ. Many who have traditionally abstained from professing their faith are now being made fully conscious of God’s presence in their lives. New-age believers are uniquely prepared to connect the world through faith, business, and culture. The very soul of the new-age movement is now being leveraged in favor of Christ. No longer confined by synthetic ideology, new-age believers can now break down barriers and stereotypes in our society that others simply cannot. We are all called to serve; it is our purpose for being here now. The Now Nexus reveals the way for all to connect and serve in spirit and in truth.

The Now Nexus is a spirit-filled case for Christ, but it is also a prophetic warning for our nation to fear the Lord, turn, and run toward Him and the Christian values that He personifies. Like God, words transcend time. Let these words have their way with you.

Don Peek is a Christian, husband, father, and entrepreneur. Faith, family, and business are central to his life. As a small-business owner, he served on corporate distributor counsels including Owens Corning, Associated Materials, and Louisiana Pacific. He has a BBA from Rawls College of Business, Texas Tech University.